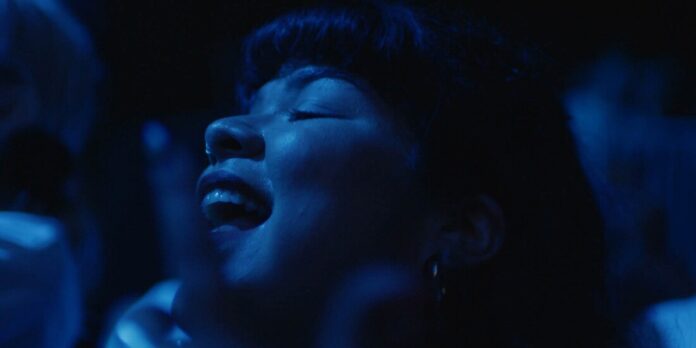 THE STORY – Following two daughters of undocumented immigrants as they navigate careers in the music industry. Seeking to provide for their families while achieving their dreams, the pair feel guilt of being the first American-born members of their families.

​​​The weight that children of immigrants feel on their shoulders is a universal experience. As a child, you want to make them proud and do your very best in school so that you don’t add to their stress. As you grow older and start making a life for yourself, their struggles and sacrifices are constantly on your mind, and you can’t help but question your goals. Will they approve of the life I want to live? Should I be chasing this dream when they didn’t get the same opportunity to do so? Am I selfish for wanting this? You’ve constantly heard that they gave up everything so you could have a better future, but you still can’t help but wonder if it’s OK to pursue the things you desire.

Director Isabel Castro tackles this part of the immigrant experience through her feature documentary debut “Mija,” which mainly centers on two women who are the only U.S.-born members of their immigrant families. With U.S. citizenship comes great power as these two women are afforded a much more stable life than their parents, who worry about the constant threat of deportation and feel trapped by an immigration system that takes years to get answers from. As they reach the pivotal age of 21, they’re given a chance to help their parents gain permanent residence, but they also struggle with coming into their own and trying to chart their own course in life.

The documentary introduces viewers to Doris Muñoz, a 26-year-old music manager born and raised in California. Her parents and two older brothers crossed the border from Mexico, and though she’s the youngest member of her family, many rely on her. Specifically, during the last six years, she’s been the only person in her family who can travel to Tijuana, where her brother, who was deported, lives. We see her make the trip a few times, delivering clothing, money, and hugs from family members, while her parents sit devastatingly at home wishing they could see their son.

Throughout the last few years, Doris has been able to support her family financially by managing young Latino artist Cuco. She’s helped guide him from backyard shows to international stages, and to see them both flourish in a few years doing the things they love is exciting. The opportunity has also given Doris the means to petition for her parents to be granted a green card to live permanently in the United States. But when Doris and Cuco go their separate ways and the COVID-19 pandemic hits, Doris is faced with a scary reality: How can she take care of her family and dreams now that everything is shut down? The weight she must have felt for years gets even heavier.

Similarly, Castro brings in aspiring singer Jacks Haupt to the picture. From Texas, she’s also the only U.S.-born member of her family who understands the responsibility she carries as well as the want to pursue her life’s desire. When she arrives in Los Angeles to meet with Doris and other music representatives, Jacks is starry-eyed and loving every moment of a music video shoot, in which cinematographers Luisa Conlon and Ora Dekornfeld capture a multitude of beautiful shots here. When she later calls her parents to provide updates about the green card application — Jacks turns 21 during her trip — a should-be celebratory phone call goes south when her parents berate her for focusing on her silly dream rather than her parents’ reality.

It’s a poignant scene for a number of reasons. Anyone, whether their parents are immigrants or not, will know what it’s like to hear nothing but sheer disappointment coming from the other line. But when you consider the more immense struggles, this documentary sheds light on the complex situations these young adults face with undocumented family members that many of their counterparts never have to consider. They and their families can cross the border with their U.S. passports and know they’ll return home, visit family members without any issues, and go about their day enjoying the privileges of their citizenship. Castro choosing to keep the camera on Jacks makes the scene even more emotional, seeing the toll that this pressure and trauma takes on her. Later on, Doris’ family learns news about their green card status, which brings about the most emotional scenes in this documentary. When the film focuses on these two women and their families, it shines and packs such an emotional punch. The first third of the film — mainly scenes with Cuco — doesn’t carry anywhere near as much weight, and the documentary would have benefited without those scenes ultimately. Cuco doesn’t provide any interviews or insight into his own situation, and the film seems to find its footing once Doris and Cuco’s working relationship ends. Cinematographers Conlon and Dekornfeld do provide some beautiful, colorful concert crowd scenes that pop.

“Mija” is a great tribute to immigrants, their struggles, the pressure their children feel as they navigate through so much bureaucracy, and the dreams they all ultimately have and want to pursue. It’s a documentary that will speak volumes to many in similar situations and hopefully open people’s eyes who are lucky enough not to worry about when they’ll next be able to be with their loved ones. The strongest documentaries share people’s souls, successes, and struggles with us, and Castro achieves just that in her strong feature debut.