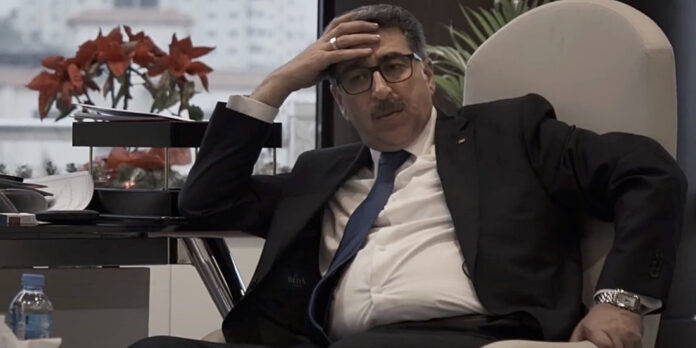 THE STORY – A look at the life of Musa Hadid, the charismatic mayor of Palestinian city Ramallah, who aspires to lead the city into the future.

​It’s a significant opportunity when any film spotlights a specific person that may not be very well known to general audiences. When one is offered a glimpse into the life of an individual and how their choices impact the world around them, it’s an enlightening moment that can be valuable in spreading awareness of such influential figures. Like so many things, this is yet another task that fits well within the documentary medium, especially considering the films’ ability to focus on real events with immediate consequences. Such is the case for “Mayor,” an engaging look at the life of a compelling public figure who is cautiously navigating a turbulent landscape.

The film is set in the city of Ramallah, the de facto capital of Palestine and a flourishing land of culture and transitional innovation. The mayor, Musa Hadid, is well known throughout the community as a dedicated public servant who works diligently for his citizens to improve their lives. However, the relative peace is disrupted after the United States announces the move of its Israeli embassy to Jerusalem. The constant tensions between the two regions are enflamed once again, especially as the Palestinian people protest what is seen as an affront to their pleas for independence. As the hostility intensifies and violence commences, Hadid is in a precarious situation of trying to keep his city safe while also fighting for his people’s civil rights.

Often the strength of the story here is dependent on the subject themselves, and fortunately, Hadid is an appealing person to follow. His tone is not the most grandiose of bravado and admittedly, that can sometimes make his presence less than energetic. Still, there is a sincerity to his dedication, which makes him a very endearing character to watch. The passion he has for topics that range from replacing faulty doors in the local schools to the threats posed by an encroaching Israeli military shows his commitment to his people and the lengths he goes in securing their prosperity. These observations are much more intriguing than the cutaways to his domestic life, which are, thankfully, brief but do slow down the momentum whenever they arrive.

What may be an even greater accomplishment than this politician’s profile is how director David Osit frames this material with such a sense of intimacy. The perspective he brings feels grounded within this culture, as well as displaying the serious conflicts in a riveting manner. Truthfully, it takes some time for the film to get truly interesting as the relatively low stakes of local governance are valued, if not all that, absorbing. However, once the major frictions start, the storytelling becomes much more dynamic and focused. Osit gives his audience a front-row seat to these events that bring a chilling reality to this situation, making the tension feel frighteningly close to its guerrilla-style filming tactics. The imagery is disturbing but effective to accurately immerse one in this environment and feel what’s really at stake in this fight.

That fight is what also represents the heart of this film. Both Hadid and the citizens of Ramallah show a tireless devotion to their activism that not only seeks to resolve these conflicts locally but amplifies this directive on a global scale. The difficulties in such messaging are on full display, as well as the hardships of trying to maintain a sense of peace in the face of occupation. It’s an inspiring commentary of the role in which these leaders take to highlight such actions while also keeping the pride of the people intact. In the end, there’s a cyclical environment of destruction and rebuilding that on the surface is devastating but also points to the resilient spirit of the region. There are no easy answers to this decades-long issue, but the perspective shown here feels impassioned and authentic.

So much of what is captured in “Mayor” is a captivating and alluring portrait of a man at the center of a tempestuous time. Hadid is a delightful person to watch as he maneuvers through issues that are both mundane and incredibly harrowing, all to showcase the tense collisions between these factions. The filmmaking helps to craft a sense of immediacy within this story, putting an audience directly in the landscape and creating a true sense of connectivity to these events. Like many documentaries that have come before, this one does look to show a particular setting and bring the most concerning topics to light. Fortunately, it does so in a way that is quite compelling.