Lessons & Trends For This Awards Season 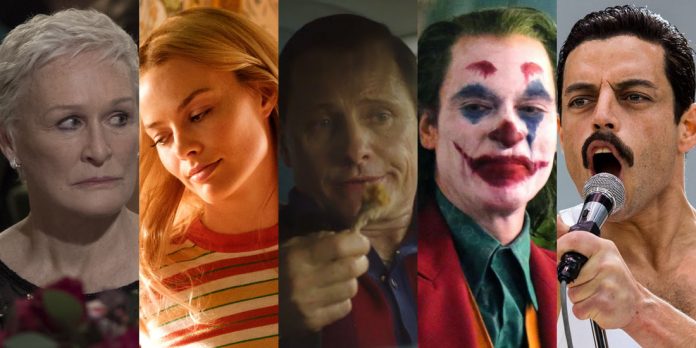 With the onslaught of high-profile film festivals in the rear-view mirror, the full immersion of awards season is upon us. We’ve already seen a slew of precursors announced already, but many of the major awards have yet to be revealed (Check out our Awards Calendar page for all of the important dates). It’s still a long journey through the critics’ awards, industry prizes, and eventually, to the Oscar nominations themselves.

At this point, I wanted to take a moment to share some observations from last year’s race and how those lessons might be applied to this year. A disclaimer must be mentioned: every year produces its own unique set of results, so these “lessons” should not be taken as gospel. These are merely trends that seem to be applicable to the Oscar race, and I find it interesting to reflect on them before the race truly begins.

SAG DIMINISHES
Ever since the Screen Actors Guild started handing out awards, one of the things Oscar watchers always paid attention to was what films were nominated in the Best Ensemble category. That’s because, for twenty consecutive years, the Best Picture winner was always nominated there. To us, a nomination signaled a great strength among the actors, the largest voting body of the Academy. It seemed certain that only a film among that selected five could possibly stand a chance to win the big prize at the Oscars.

However, this has started to change dramatically. This is partially due to SAG’s nomination date being pushed earlier and earlier in the season, as well as a changing roster of nominating committees. With a crowded pack of late-breaking contenders entering the derby, this awards body has shown an inability to see several major films before the nomination phase ends. Because of this, many films are not able to break through and often miss key nominations. Even with a unique schedule this year, that’s condensing everyone’s timeline, SAG has still offered evidence that its influence is waning. The SAG Ensemble rule was a bedrock principle to Oscar predicting, and it was broken not once, but twice in a row. This should be looked at as more than just coincidence. Showing up anywhere at SAG may still be important, but missing out on an Ensemble nomination is no longer a fatal blow to a film’s chances.

PGA RISES
While one industry prize seems to have fallen in terms of importance, another one has seemingly become more essential. The Producers Guild Awards wasn’t always a reliable indicator. Their track record was solid but inconsistent. Then, they enjoyed an eight-year streak of the Best Picture winner matching their selection. When “The Big Short” and “La La Land” won at the guild, it seemed to many that this precursor was going back to being unreliable. They’ve bounced back in the last two years, and I would argue that this comeback has now made them the most crucial precursor.

The simple answer to why this is now such an essential award to nab is because it’s the only major award that uses a preferential ballot to choose its winner. Because this is the same method the Academy uses, it provides the only real test as to how these films in a particular lineup will fare under a system that requires consensus to achieve victory. “Green Book” winning the PGA was a huge signal to its eventual Best Picture triumph, and certainly telegraphed that the film was not as polarizing as many perceived it to be. Any frontrunner that doesn’t win this award should be looked at as seriously vulnerable.

​WRITING, NOT DIRECTING, HAS A STRONGER CORRELATION TO BEST PICTURE
This new decade of Oscar watching has produced many trends that have fascinated me. One of the most glaring ones is the shift between the importance of a Best Picture winner nabbing a screenplay award than the directing prize. For instance, of the nine Best Pictures this decade, only two have won Best Director without winning screenplay. Of the remaining seven, only two others have won both directing and writing awards. That means a majority of these winners didn’t win Best Director but did end up taking one of the screenplay Oscars.

Splits between the Picture and Directing prize used to be rare occurrences that you couldn’t predict; however, that has changed since the implementation of the preferential ballot. The Directing Oscar no longer is tethered in the same way to Best Picture like it was in the past. Filmmakers with strong directorial achievements seem to be separated from the conversation of awarding a film as a whole. The attention has shifted to the screenplay as the driving narrative of a film’s overall success, and any film in the better position to win a writing Oscar now seems more likely to win the top prize. Being a lock-in for Best Director is no longer a guarantee of winning Best Picture like it used to be. The focus now becomes on winning a writing award.

BEWARE THE SOLE ACTING NOMINEE
The results of last year’s Best Actress race caught many by surprise. Glenn Close, the longtime veteran with seven nominations under her belt, was thought to be the clear favorite heading into the night. Nearly all the major pundits were predicting a victory for her, mostly as a reward for a long and full career. That was until Olivia Colman came in and snatched the prize away in what was probably the biggest upset of the evening.

However, there were a rare few of us that didn’t end up predicting Close and instead chose Colman. While I don’t mean for this to become another bragging session of my correct prediction (well, maybe just a little), I mention it because I want to highlight something that led me away from the mindset of a Close victory: When an actor is a sole nominee for their film, it’s hard to win the Oscar. If you have competition that is…

Movies with a single acting mention, but no other nominations, show that there is a clear love for that performance but not for the film as a whole. In order for that performance to win, particularly in the expanded Best Picture era, the field needs to be cleared of competition to give the voters no other option. One can see this being the case with Julianne Moore and Christopher Plummer, as they didn’t face competition the likes of Close vs. Colman. In the end, it doesn’t matter how much of an overdue narrative the actor has. If they’re the only nomination for their film, it can spell trouble if the performance doesn’t steamroll the season and the precursors are spread out. This is a gut instinct I’ve relied on for many years now that has yet to prove me wrong. Considering it allowed me to correctly predict the results of Best Actress last year, I’d say it’s still a worthy instinct to follow.

FILM TWITTER IS A BUBBLE
One of the most important lessons I ever learned about the Oscar race was in 2010. Witnessing the complete and utter domination of “The Social Network” made it seem like a forgone conclusion that it would win Best Picture. The critics’ groups were nearly unanimous in their opinions and it looked as if it was all sewn up. That was until the industry awards started to weigh in, and “The King’s Speech” was taking everything. It was as if “The Social Network” had never existed. That provided the clearest picture that the industry prizes are where it really counts, and it doesn’t matter how much a film may have critical praise. If the industry doesn’t like it, they will reject it without hesitation.

It’s a lesson I’ve kept with me for the longest time, but now it has evolved into something else: Film Twitter. There are a lot of smart voices in this space, but it’s important to recognize that it’s an enclosed community that can become an echo chamber very quickly. There was nothing but venom for films like “Green Book” and “Bohemian Rhapsody” last year, yet these films found major success. In truth, I think many people didn’t predict wins for these films because they saw them as being too divisive, but they were only divisive in this arena. Go out amongst the people who are unplugged from the noise, and you will see how loved these movies are in the ways they connected to an audience. By knowing that, it was easy to see why they won so big.

There are plenty of industry people that engage on social media, but a great amount of them don’t. When making Oscar predictions, it’s now important to remember that the critical voices we hear on the internet don’t necessarily reflect those of the Academy. Sometimes they may meet, but it’s happenstance if they do.

As I said, every season is different. In fact, that ever-changing state of our reliance on previous norms is the only thing that remains constant as the years go by. Still, that doesn’t mean these trends and observations are unwarranted, and it will be interesting to see how this particular season plays out.​

Do you agree this these lessons and takeaways? What are your expectations as we go through Phase 2 of the awards season (the critics groups)? Let us know your thoughts in the comments section below or on our Twitter account.