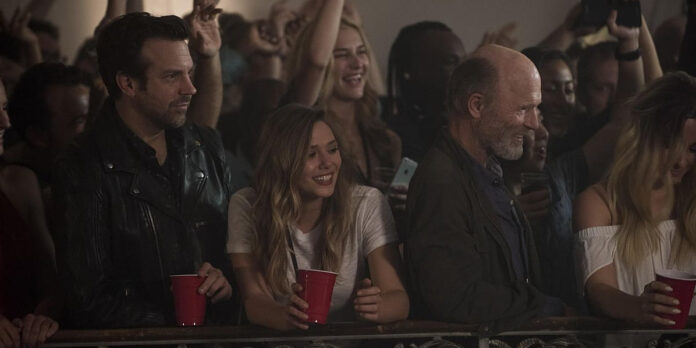 THE STORY – Matt, a struggling executive, finds his world turned upside down when his estranged father’s nurse shows up unexpectedly in his office. Matt’s father, a famed bad-boy photojournalist, is facing terminal cancer and his dying wish is for Matt to join him on a road trip from New York to Kansas to process his last rolls of Kodachrome film before the sole remaining lab closes and those captured moments are gone forever.

​​​There’s a great irony that “Kodachrome,” a movie that laments a world making the shift from analog to digital, was purchased and released by Netflix. In many ways, it seems like the antithesis of what the movie stands for.

Based on a New York Times article about one of the last remaining film labs that would process film stock, “Kodachrome” follows three travelers on a road trip to develop their final rolls. Jason Sudeikis stars as Matt Ryder, a struggling A&R man for an indie record label. On the same day that he’s nearly fired, Zooey (Elizabeth Olsen) tells Matt that his estranged father, Ben, is dying of liver cancer. Ben (Ed Harris) is a famous photographer, one of the best in the world. He’s also a huge pain in the ass to anyone and everyone. Before he passes, Ben wants to travel with his son to that last lab in Parsons, Kansas, to get his final rolls developed.

“Kodachrome” is a story we’ve seen in some form or another plenty of times. At this point, we’re all pretty familiar with the story of the father and son who desperately need to reconnect before it’s too late. Themes of forgiveness, familial love, and making amends at long last are far from fresh. I kept waiting for the film to surprise me, or to take a turn that I didn’t see coming. It never did. Yet the film still moved me.

As they begin their journey from New York to Kansas (They have to drive because Ben doesn’t trust FedEx with his film), the movie doesn’t hide their animosity in subtleties. The men bicker and insult each other while Zooey tries to calm them down. Though the script is all too familiar, Harris and Sudeikis give such strong performances that it breathes new life into a worn story. Harris, in particular, fills the character of Ben with freshness, embodying this aging man struggling to cope with a world that’s moving past him. The regret feels so true. All of the characters are trying to hold onto a way of life, and maybe a way of living, that is on the fringes of being forgotten.

In keeping with the subject matter, the filmmakers shot “Kodachrome” on film, and it shows. If there’s one thing Ben and Matt could agree on, it’s the power of analog. Ben hated digital photography and the fact that we don’t have physical prints anymore. They didn’t talk about it in the film, but I’m pretty sure they would both be strongly against a movie releasing directly to a streaming service.

Mark Raso’s strong direction keeps this film afloat. Even though the beats of the story played out as expected, these unsurprising events were crafted with such care and authenticity that the emotions came through every time. Even when I rolled my eyes because I had predicted what was coming up, the strong performances pushed past my jaded expectations.

Maybe we’ve seen this story so many time for a reason. Maybe these themes keep showing up for a reason. They’re so human. And relatable. And touching. Perhaps the film could have broken new ground in some ways or freshened up the story somehow. But it works in spite of those things. Even if we have great relationships with our parents, there are always things left unsaid. Conversations we wish we could have. “Kodachrome” shows us what those conversations can look like. Here, it’s wrapped up with all the closure we all wish we could have. It feels a little too easy. Maybe that’s okay. Maybe it can serve as a reminder to not wait until your dad is dying to say what you need to say.