The Marvel Cinematic Universe’s History With The Academy Awards 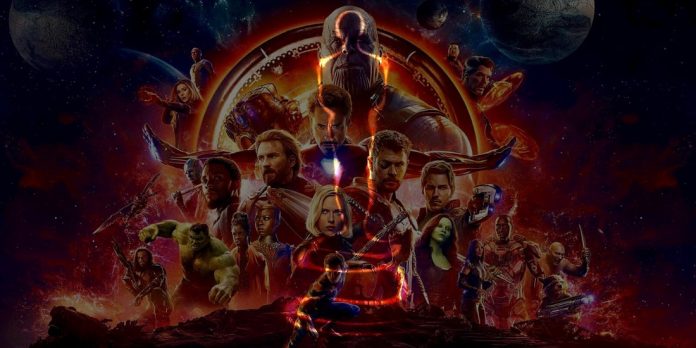 It’s been a staggering ten years since “Iron Man” debuted in theaters in 2008, launching one of the most successful franchises in film history. In the years since the Marvel Cinematic Universe launched, so much has changed in the film industry. Numerous studios have tried to recreate the concept of having an interconnected universe of films. Superhero films have continued to pervade our culture, as evidenced by the massive anticipation of the upcoming “Avengers: Infinity War.”

The franchise has raked in the money over the years, but the MCU hasn’t had a great deal of success at the Academy Awards. From ten total Oscar nominations, the franchise has netted zero wins. Will that change in the near future? Let’s look back at the awards history, category by category, of the Marvel Cinematic Universe.

That means that less than half of MCU films received nominations here. When you look at the films that missed out on nominations, like all three “Thor” films, “Ant-Man” and more, it’s actually a little surprising. It’s a category generally filled with blockbusters, and there are few more popular blockbusters than these.

The category itself has changed since the start of the MCU. In 2008, when “Iron Man” was nominated, Best Visual Effects allowed a maximum of three nominees. The Academy expanded that category in 2010 to allow five nominees.

For the most part, each of these films lost to either Best Picture nominees or more “high caliber” films…
​

“Interstellar” and “Blade Runner 2049,” while not Best Picture nominees scored multiple nominations, and weren’t your typical blockbuster fare. “The Jungle Book,” only nominated for Best Visual Effects, is the only film to beat an MCU with fewer than five nominations.

Overall, it’s a little surprising that “Spider-Man 2” is the only superhero film to win the Oscar for Best Visual Effects. The original “Superman” was also given a special achievement award for visual effects. In 2018 Marvel has three shots at winning this category, with “Black Panther,” “Avengers: Infinity War,” and “Ant-Man and the Wasp.” Could this be the year that an MCU film finally wins? “Black Panther” will absolutely have a passionate awards push, but the more likely contender is “Avengers: Infinity War.” The grand visuals and massive scope might propel it to victory. Still, if a Best Picture contender begins to show signs of a Visual Effects nomination, history shows it could defeat marvel once again.

BEST SOUND EDITING
More surprising than the fact that superhero films haven’t done very well in Best Visual Effects is the fact that they’ve done even worse in the Sound categories. Clearly, the sound branch isn’t a big fan of the sound work in the MCU.

“Iron Man” scored a Best Sound Editing nomination in 2008, where it lost to “The Dark Knight.” Those are the last two superhero films to score nominations in either sound categories. The “Transformers” franchise has more nominations here than the MCU. It’s not likely that this will change, either, unless “Avengers: Infinity War” is able to change the branch’s mind.

BEST MAKEUP AND HAIRSTYLING
“Guardians of the Galaxy” is one of the few superhero films to score a nomination for its Makeup, joining “Batman Returns,” “The Dark Knight,” “Hellboy II,” and eventual winner “Suicide Squad.” That’s right, the DC Extended Universe got an Oscar before the MCU did. It’s not that surprising though, considering sci-fi does very well here. Alien effects can go a long way. But yes, “Suicide Squad” won here in 2016. This means that the DCEU has more Academy Award wins than the MCU.

“Black Panther” is the most likely MCU film to score here next. The hairstyling work garnered lots of attention, and it’s very different from what generally gets nominated. Time will only tell.

2008, the first year of the MCU, was also the year of “The Dark Knight.” While the Batman film scored a whopping eight nominations (and two wins), many were shocked that the film missed out on a Best Picture nomination, which still only had five nominees. This would help propel the Academy the following year to expand the Best Picture category from five nominees to ten.

Since the expansion, the only superhero film to score a Producer’s Guild of America award nomination was last year’s “Wonder Woman.” That was a cultural phenomenon that came dangerously close to a Best Picture nomination. This same sort of phenomenon could happen this year with “Black Panther.” It’s almost certainly going to receive a PGA nomination as well and could do very well with the new voters in the Academy. No MCU film has had a better shot up to this point.

OTHER AWARDS AND FUTURE
No actor has ever come close to an acting nomination for any Marvel film as of yet, and that doesn’t seem to be changing anytime soon.

“Black Panther” is the first MCU film that stands a chance at breaking into new categories at the Oscars. Kendrick Lamar released an entire album for the film, making Best Original Song nominations possible. The Costume Design was highly impressive in the film as well, which could become a possibility, especially if it maintains its hold as the best work of the year in that field.

Despite the expansion of Best Picture to ten nominees (and now 8-10), the Academy Awards still aren’t a spot where blockbusters find much success. Though many like to complain about that fact, the Oscars can be a place to highlight smaller films. While it would be nice for the franchise to have awards recognition, the movies are consistently some of the top-grossing films of the year and many see this as reward enough. They’ve got a massive audience, and they don’t need to boost their numbers due to awards. Still, if the MCU can impact our culture in the same way that “Black Panther” has, their awards future may be bright.