“Justice League” And The Difficulty Of Shared Universes 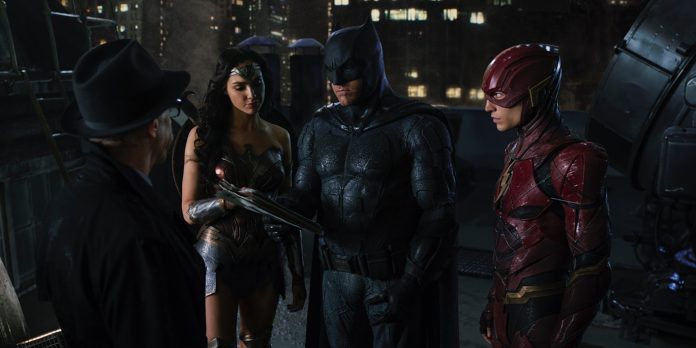 We are in a vastly changing landscape when it comes to blockbuster filmmaking. Blockbusters are getting larger and name recognition is the number one driving factor when it comes to greenlighting a film. On one hand there are talks of Disney acquiring part of 20th Century Fox, on the other hand Netlix is trying to lead a revolution to change the film industry. As blockbusters’ budgets have grown larger and larger, one method executives are looking to for guaranteed ticket sales is the model of a “shared universe.” So far, the model was created by Marvel and they are the only one who have succeeded.

Zack Snyder’s “Justice League” is hitting theaters this weekend, reviews are (slowly) hitting the web and it looks like the film will reach audiences without the negative backlash “Batman v Superman” and “Suicide Squad” met. A throughline seen in many critics’ thoughts can be seen from Josh Williams’ review here on Next Best Picture:

“As was the problem with ‘Batman V Superman: Dawn of Justice,’ after ‘Man of Steel,’ we needed a standalone Batman film, then the showdown between him and Superman, then standalone films for Wonder Woman, The Flash, and Aquaman, until we got to ‘Justice League.’ Instead, here we are, and DC has been trying to play damage control ever since.”

This is going to be an article relitigating the “DC vs Marvel” fight that we see everyday online, but rather a look at how 2017 is showing us how to NOT do the shared universe. Early this year Universal was dead set on making the “Dark Universe” a reality. A new adaptation of “The Mummy” has the opportunity to walk the line between action and horror, maybe throw in a few laughs and a big star (hello Tom Cruise). While the scares, action and quips were all present in “The Mummy,” so was a large amount of screen time dedicated to building a universe of future movies.

Whether it be an entire subplot revolving around Russell Crowe’s Dr. Jekyl or the need to end the story in a way that remains open for future crossovers, “The Mummy” suffered from being the forced start of a shared universe. As announced earlier this month, the “Dark Universe” is all but dead with “The Mummy’s” less than stellar reception its main creative archetypes moving on the new projects.

Between “Batman v Superman” and “Justice League,” we can’t help but wonder an alternate universe where Warner Bros’ developed their shared universe a single film at a time. Look to the success of “Wonder Woman” as the prime example. Yes, there is the fear of “superhero fatigue” every time one of these movies is released. But solid films like “Wonder Woman” will ward off superhero fatigue more than unearned team up movies will.

Both the “Dark Universe” and the “DC Extended Universe” were not evil in their intent. They had cache of amazing actors and actresses and had the pure goal of entertaining the masses (while making boatloads of money in the process). Again, it need not always come back to “copying Marvel,” but at this moment there is only one example of a shared universe being successful, and that example involves four solo movies before the first teamup.

Creating a shared universe is not a bad thing in it of itself (it looks like the folks behind “Godzilla” and “Kong: Skull Island” are taking their time), but the fabled team up movie cannot be the central goal. Whether it be “The Mummy” or “Batman v Superman,” it has become apparent that many studios are just going through the motions so they can get the crossover movie, but it need not be this way. This past summer saw the release of “Wonder Woman,” “Dunkirk” and “War For The Planet Of The Apes,” all are incredible blockbusters lead by directors with a vision for a single movie. It is possible to create powerful blockbusters in this modern age, totally separate from the hope of a crossover, and hopefully we can get more like it.