Is Ridley Scott About To Have The Biggest Year Of His Career? 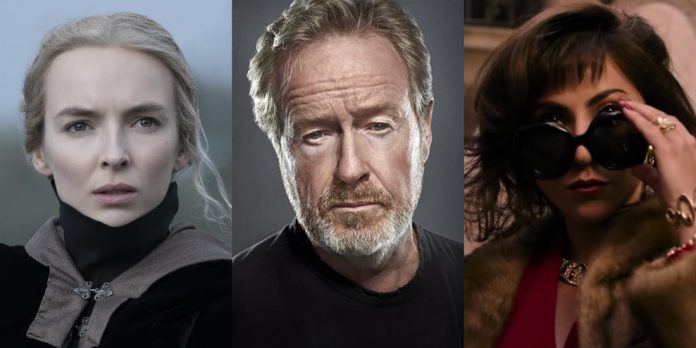 ​​​Ridley Scott’s four-plus decades of beloved films surely means he has nothing left to prove for himself. Having also survived a share of unpopular and divisive movies, it shouldn’t destroy his legacy if he releases two more within the span of a few weeks later this fall. But if both “The Last Duel” and “House of Gucci” turn out better than that, it may well be one of Scott’s more impressive career landmarks, whether or not the Oscars take notice. However, the recent first looks at both “The Last Duel” and “House of Gucci” show what a tremendous tightrope Scott has to walk for both. If he falls off one or both of them, critics and certain corners of the Internet may not let up on Scott for a good long while. This would make it all the more remarkable if he stays on both, whether or not the Academy is so easily impressed.

​”The Last Duel” was met with skepticism at best from the minute its premise was announced. When it sounded like a movie where the alleged assault of a 14’th century French woman was really all about the subsequent duel between her husband and her alleged attacker, it was criticized in several circles for obvious reasons. The film’s first trailer and poster seemed to make a more significant effort to put Jodie Comer’s character at the center of her own story, but that doesn’t guarantee the movie will do the same. With Scott as the director, Matt Damon and Adam Driver as the duelers, and Damon and co-star Ben Affleck writing their first script together since “Good Will Hunting,” it would suggest a rather male-driven perspective. However, before Damon stuck every possible foot in his mouth in subsequent days, he recently teased to Marc Maron and Entertainment Tonight how the script will be far more balanced than expected, claiming he and Affleck wrote half of the movie from the men’s point-of-view. In contrast, fellow co-writer Nicole Holofcener wrote the other half from Comer’s perspective.

Such a structure could make “The Last Duel” the ultimate he said-she said story and a medieval Me Too parable about 600 years ahead of its time. If done right, this story of the aftermath of sexual assault might be one of the most hotly debated and relevant films of the fall, which is a combination that “Promising Young Woman” rode to Oscar contention and a Best Original Screenplay win last year. But if done wrong, it could become one of the most tone-deaf films of the year instead, or too wishy-washy in its apparent both-sides approach to please either side of the culture war. If “The Last Duel” draws outrage for any reason, Scott won’t have to have to wait long to bounce back. In fact, assuming the release dates hold, “The Last Duel’s” October 15th release will fall just 40 days before Scott brings “House of Gucci” to theaters. But that is another movie based on a controversial true story that may be embraced, slaughtered, or both, depending on Scott’s approach.

The first posters and trailer for “House of Gucci” indeed show Scott’s more colorful side than “The Last Duel.” Yet with Scott’s mostly grim, dramatic, and grey-colored resume, it is all too easy to wonder if he is colorful enough for the story of the Gucci fashion dynasty. Yet like “The Last Duel,” “House of Gucci” seemingly centers on the mystery of one woman – in this case, the mystery of whether Lady Gaga’s Patrizia Reggiani arranged for the murder of her ex-husband and Gucci heir Maurizo, played by returning Scott co-lead Driver.

Another comparison between the two is “House of Gucci” has a remarkable tightrope to balance on – in this case, whether it is too campy and crazy or not campy and crazy enough. And like “The Last Duel,” “House of Gucci” could have a script structure that wasn’t hinted at in the trailers, with rumors that it contains the fourth wall breaks a la “The Big Short” and “I, Tonya.” Such tricks are typical from directors like Adam McKay or Craig Gillespie, but Scott has almost never been that kind of director.

If things go right, “House of Gucci” may not only show a relatively untapped side of Scott but could well be among the wildest Oscar contenders of the year. Yet it could all too easily be the silliest movie of the fall in a bad way, depending on whether the attempted Italian accents are a deal-breaker, if the fashion and the prosthetics for the likes of Jared Leto are too over the top, or if Scott isn’t the right kind of over-the-top for a movie like this after all. And it may not be immune to deeper outrage than that, judging from the real Gucci family’s early objections to the project. It would be one thing if Scott had one movie this fall that could have such incredible highs or cringe-worthy lows. To have two coming within six weeks may make Scott one of the biggest stories of Oscar season, one way or another. But the similarities between his two potential contenders do not end there.

Both movies aren’t just riding on Scott, but on decorated female leads who haven’t had this kind of showcase before. Comer is already an Emmy winner for “Killing Eve,” yet this is her first leading role in a major film, not counting the financially successful and far more comedic “Free Guy” opposite Ryan Reynolds. Gaga was already a Best Song Oscar winner for “A Star is Born” and a Best Actress nominee in her very first movie leading role. But “House of Gucci” will help reveal if it was beginners’ luck, or if she has the chops to take another shot at the big prize and possibly finish the job this time. Both movies have male co-stars who may or may not look way out of place at first glance, from Damon and Affleck in “The Last Duel” to Al Pacino and a heavily made-up Leto in “House of Gucci.” Yet both movies also have Driver, whose goodwill over the last six years seems to have granted him the benefit of the doubt. Between these two films and “Annette,” Driver may be the busiest actor of this Oscar season, just like Scott is its busiest director.

It is far from unheard of for actors and actresses to have two contenders in one Oscar season. Directors are another matter since it is far rarer for them to release two movies in any part of a single year. Ironically, it’s been 20 years since Scott last did it, though “Hannibal” came out in spring 2001 before the Oscar-nominated “Black Hawk Down” followed in the winter. Obviously, in that case, one Scott movie did far better than the other, at least in terms of awards attention. In the modern era, the likes of Steven Spielberg, Steven Soderbergh, and Francis Ford Coppola hold the gold standard for directors who pulled off a double-whammy in one year. Coppola put out “The Conversation” and the Best Picture-winning sequel “The Godfather Part II” in 1974, while Spielberg won both box office records and Oscar gold with “Jurassic Park” and “Schindler’s List” in 1993, and Soderbergh got his Oscar for “Traffic” and got Julia Roberts her own for “Erin Brockovich” in 2000. Clint Eastwood tried for such a whammy with two back-to-back war stories in fall 2006, though “Letters from Iwo Jima” gained more awards traction than predecessor “Flags of our Fathers.” The odds of Scott matching such twin accomplishments with ‘The Last Duel” and “House of Gucci” would seem long, as merely avoiding massive backlash for one or both of them might be remarkable enough. Yet since Scott has done everything in his career but win Best Director, unconventional Oscar winners have become more the norm lately, and a return to a Best Picture field of 10 might really open this season up; it might not take much for Scott to put a stamp or two on this race.

Scott changed sci-fi forever with “Alien” and “Blade Runner.” He was ahead of the times with “Thelma and Louise,” broke through with the Academy for “Gladiator,” proved he did have a sense of humor with “The Martian,” and turned Christopher Plummer from last-minute replacement to Oscar nominee in record time with a few “All the Money in the World” reshoots. In that context, striking the right balance to make both “The Last Duel” and “House of Gucci” contenders – or at least to avoid the worst possible controversy – shouldn’t be out of reach. Nonetheless, it would take a master with a deft touch to avoid the worst traps for both movies, although even masters slip up every so often – Scott himself included. If he slips up in the worst way not once but twice this fall, it could be a very ugly season indeed for him. Yet it would make it all the more remarkable if he does pull it off not once but twice, to say nothing of how it may boost Comer, Gaga, Driver, Damon, Leto, and others to make noise of their own this season.

Whether he has two big successes, two massive failures, or a mere split decision, the story of Ridley Scott’s fall could be a major subplot one way or another in the story of fall 2021. It all starts in a few days with the world premiere of “The Last Duel” at the Venice Film Festival and will carry on from there.

So what do you think? Do you think Ridley Scott is about to have the best year of his career? Which of his two films do you think will be more successful than the other? Let us know your thoughts in the comments section below or on our Twitter account.