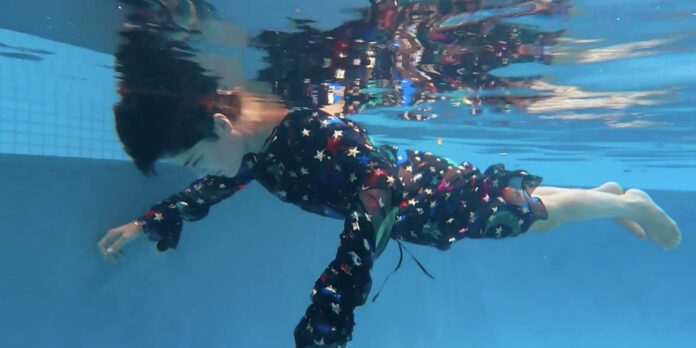 THE STORY – A deeply intimate and raw portrait of Selma Blair after she is diagnosed with Multiple Sclerosis and tries to slow the progression of her disease.
​
THE CAST – Selma Blair

​Selma Blair is best known for playing colorful eccentrics in classics like “Cruel Intentions,” “Legally Blonde,” and “Hellboy.” She’s a self-described character actor and always manages to steal the spotlight from her co-stars with her sense of humor and offbeat energy. She was a genuine article in an industry of artifice, a performer who felt like she was just being herself. This very commitment to authenticity makes the documentary “Introducing Selma Blair” such a compelling watch.

“Introducing” chronicles Blair’s decision to go public with her Multiple sclerosis (MS) diagnosis in 2018 and her efforts to remedy it through stem cell treatment. The documentary painstakingly recreates the actress’s struggles as she experiences public embarrassments, personal setbacks and profound triumphs alongside her siblings and son. The narrative structure of a person suffering through an illness and personal hardship is nothing new in the documentary field. Still, director Rachel Fleit knows that Blair is a charismatic force and she allows her star to guide the rhythm and tempo of the film.

The opening scene sets a devastating precedent for the rest of the film. Blair puts on jewelry and jokingly compares herself to Norma Desmond from “Sunset Boulevard,” but the light conversation veers dark when her MS manifests and the actress struggles to get through the rest of the interview. It is an unflinching and heartbreaking display of what Blair has to endure regularly and it is a testament to the actress’s naked honesty that she allows it to be captured.

“Introducing Selma Blair” incorporates different formats, including vlogs and handheld camera techniques, to enhance the intimacy of the journey. The footage of Blair struggling to get into bed or needing assistance during a bath is stark and upsetting, and the actress doesn’t bother mincing words. She knows her life is on the line and the clarity with which she’s able to articulate her feelings is devastating.

Blair’s familial dynamic drives the sequences that are less focused on her impending treatment. She discusses her complicated relationship with her mother and the insecurities that were hardwired into her from an early age. The film carries this thread on to Blair’s relationship with her own child and the steps she’s taken to avoid her mother’s mistakes. There’s a universality to this secondary theme that Fleit expertly conveys and it serves to bolster Blair’s fear that she’s running out of time. It registers even more deeply by the film’s end when Blair’s health is on the upswing and she has to contend with her mother’s passing. Here, she’s forced to make peace with her fractured relationship but comes out of it a happier mother and person.

I have no issues with Blair’s journey and I have nothing but admiration for her ability to find humor and pathos in moments of utter despair. She is a naturally funny person and the magnetism that made her right for the screen is evident. Key among these showcases is the scene where she plays dodgeball and dances with her son. In these fleeting moments of release, we get a glimpse of the person that she was and the person she can be if she overcomes her illness.

Unfortunately, the filmmaking does falter a bit on the back end. It can be difficult to break up the monotony of hospital rooms and medical procedures as a storyteller, and Fleit struggles to keep the momentum going. Some of the scenes of Blair discussing her condition in the hospital border on repetitive, which is made all the more obvious by the fact that the first half has such tight pacing. What ultimately salvages the final act is Blair’s honesty and her talent for putting the various pieces of her life into perspective.

In one memorable scene, Blair says that she wants the documentary to be as “dramatic” as she is. It’s a testament to her tenacious spirit and willingness to work with director Rachel Fleit that she (mostly) gets her wish.