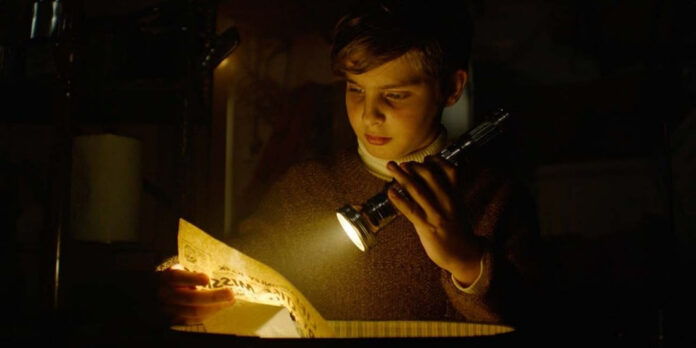 THE STORY – 1960s Chicago, a baby is kidnapped from a hospital. Fifteen months later, a toddler is abandoned. Could he be the same baby? In a tale of breathtaking twists and turns, two mysteries begin to unravel and dark family secrets are revealed.
​
THE CAST – Paul Fronczak

​Life has its fair share of unpredictability. It’s impossible to tell where things will go in terms of one’s career or love life, but family is always there to offer base support. Family is what we grow up knowing and what we grow old recalling. But what if that base support wasn’t true? What if the people you had known as your family turned out to be strangers? That’s the devastating epiphany at the heart of the new documentary “The Lost Sons.”

The documentary recounts Paul Fronczak’s life, who learned that he had been the victim of a foiled newborn abduction at the age of ten. Such a discovery would be enough to pad out a fairly compelling doc, but Fronczak’s life becomes even more complicated after his child’s birth. He discovers that his bizarre backstory may not actually be his and that his real name may not even be Paul Fronczak. I will resign from discussing spoilers as best I can, but I will say the discoveries he makes along the way cause him to reconsider everything he knew about his family and himself.

“The Lost Sons” is produced by CNN and Raw TV, who were responsible for the critically acclaimed doc “Three Identical Strangers” in 2018. Both docs employ a similar format and a shared sense of mystery, particularly during the second half of “The Lost Sons,” where Fronczak goes from recounting his life to becoming an active investigator in the doc’s core mystery.

Fronczak’s story is told through a mix of re-enactments, testimony from close friends and family, as well as news footage and family archives. The crew spent nearly two years compiling material for the doc, and it shows in the final edit. “The Lost Sons” moves with precision and a polish that will be cozily familiar for true crime fans. The doc’s director, Ursula MacFarlane, does an admirable job of keeping all of the different plot threads clear and engaging. Given how many twists and characters and names there are to keep track of, it would have been easy to bury the lead and bore the audience.

Unfortunately, the very thing that makes it catnip for crime fans is the very thing that stifles it as a film experience. “The Lost Sons” is a remarkable story, truly the sort that would have to happen in real life to be believed, but the doc doesn’t do much to warrant it being a theatrical release. MacFarlane’s patient direction feels more in line with the limited series documentaries that have littered streaming platforms over the past few years, as does Fronczak’s pivot from unknowing victim to an obsessive investigator.

The same can be said for the documentary’s middle section, which spends a notable amount of time on Fronczak’s various careers. It’s fun to hear Fronczak’s friends recall his time as a rock musician and a Hollywood extra (with credits including “Rush Hour” and “Ocean’s 11”), but they do little to flesh him out as a person. Fronzcak’s brief mention of “wanting to be someone else” is meant to justify this narrative detour, but it feels somewhat tacked on to justify the extra minutes.

Ultimately, “The Lost Sons” is an incredible tale that’s adequately told. There are some moments of filler and instances of MacFarlane retreading clues we’ve already committed to memory. True crime fans will enjoy it, but I doubt it’ll have the crossover appeal of CNN and RAW TV’s previous collaboration.