How Was The Actual 2019 Oscar Telecast? 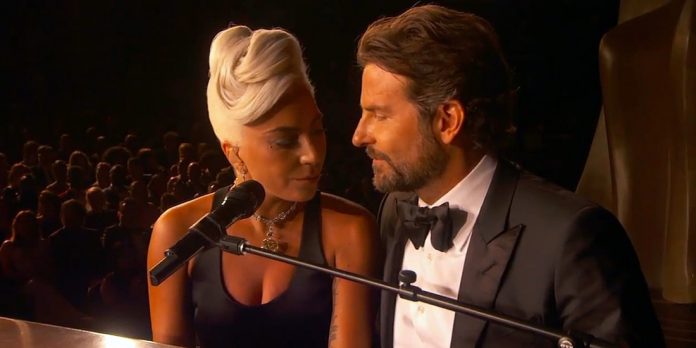 The last few weeks leading up to the 91st Academy Awards ceremony were full of sturm und drang. Seemingly every announcement made about the telecast was walked back within a matter of days, from Kevin Hart hosting to presenting certain awards during the commercial breaks. All the decisions were announced by the AMPAS Board of Governors with one goal in mind: Getting a larger audience for Disney-owned ABC, which broadcasts the ceremony. Now that the ceremony has finally aired, how did producers Donna Gigliotti and Glenn Weiss do?

​
​I’d say they did pretty well. A three-hour ceremony (which ABC wanted pretty desperately) was never going to be in the cards, something that Gigliotti and Weiss acknowledged after AMPAS caved to the pressure to present all the awards live. But roughly 3 hours and 20 minutes with commercials isn’t that bad – the shortest ceremony since the Best Picture expansion was 2010, which clocked in at 3 hours and 13 minutes, and last year’s ceremony ran 3 hours and 53 minutes. What helped the most at keeping that run-time down? I’d argue that it was the decision to not have a host.

The Oscar host is one of the most cherished of Oscar traditions… as is saying that the host did a terrible job. But the host comes with a monologue that will last at least five minutes (and usually closer to ten minutes), as well as numerous bits throughout the show, which can range from short and cute but unnecessary (Seth MacFarlane’s Sound of Music bit; Ellen Degeneres’s selfie) to long and poorly planned and unnecessary (Jimmy Kimmel’s “real people meet Academy Awards audience members” bits; Neil Patrick Harris’s prediction bit). But this ceremony was blessedly free of any of that, getting down to the nitty-gritty of the awards, which is actually why we all watch in the first place!

Unfortunately, the producers and writers failed to come up with a lot of interesting or fun things for the presenters to say. The first presenters of the night – Tina Fey, Amy Poehler, and Maya Rudolph – were some of the best, injecting a lot of humor and looseness right at the start. But while some of the pairings that followed were inspired in one way or another (J. Lo and Chris Evans bringing the eye candy; Angela Bassett and Javier Bardem bringing some regal realness to present Foreign Language Film), the only presenters to offer something truly entertaining were Melissa McCarthy and Brian Tyree Henry presenting Best Costume Design, which was also very early on in the evening.

​Another piece of the plan to keep the ceremony down to three hours was to keep all acceptance speeches to a strict length of 90 seconds, including getting to the stage. I think everyone scoffed at this announcement from the Nominees Luncheon, and indeed, it didn’t happen. Unsurprisingly, the longest speeches (including travel time) were for Best Lead Actor and Actress, with Rami Malek clocking in at 3 minutes 37 seconds and Olivia Colman at 3 minutes 28 seconds. The third longest? That would be Hannah Beachler’s emotional win for “Black Panther’s” Production Design, which lasted 3 minutes 10 seconds. Most of the others were kept to around 2 minutes, but the question remains: Why bother making such a big deal about keeping people to a strict time limit if you know you’re not going to cut the majority of people off?

When AMPAS announced that Best Cinematography, Best Editing, Best Makeup & Hairstyling, and Best Live Action Short would be presented off the air during commercial breaks, the response from the public at large and from the Hollywood elite was so deafening that the Board of Governors had to take notice, eventually canceling their plan. To be sure, we do not know how their plan to air an edited package of these four winners later in the broadcast would have worked out. But an edited version of the “Vice” team’s messy, scattered acceptance for Makeup & Hairstyling would have been an improvement. And there was nothing particularly exciting about John Ottman’s speech winning Best Editing for Bryan Singer’s “Bohemian Rhapsody.” Yes, everyone knew Alfonso Cuaròn was winning Best Cinematography, and would likely win at least one other award later in the ceremony, but this was his first win of the night, and thus the most exciting and genuine of his speeches, with a prime shout-out to Emmanuel Lubezki. And Live Action Short winner Jaime Ray Newman (who did most of the talking for her and her “Skin” co-director Guy Nattiv) was one of the most genuinely energetic, excited, and shortest speeches of the night.

I would say this one is more of a split decision in terms of how it played out. There’s no way anyone can know ahead of time how these speeches will play out, and with the way social media works these days, showing these later in the show would certainly have been anticlimactic, and I still think all twenty-four awards should be handed out live for many reasons. However, as it happened this year, these particular categories did not produce any particularly great moments. Not much would have been lost had AMPAS stuck to their guns about their original plan.

​It famously took a stand of solidarity from Lady Gaga to get AMPAS to allow all the nominated songs to be performed live on the show this year after it was initially announced that ONLY the big hits “Shallow” and “All the Stars” would be performed. And that worked out even better than they could have hoped, as Kendrick Lamar ended up being unable to perform at the Oscars due to logistical issues. Surely only one Best Original Song performance would not have come across well. The four performances were placed throughout the telecast at smart intervals to break up the awards, and despite reports that all of them would be shortened, it certainly seemed as though three of them were performed in full (Jennifer Hudson’s “I’ll Fight” was shortened slightly). Yes, it was strange to not see “All the Stars” performed, but it was nice to see all the rest represented in such a great way.

On the most base level, the rejiggering of the ceremony seems to have worked: Overnights show that ratings were up 14.3% over last year. Of course, that still makes this the second-lowest rated Oscars ever, but the fact that it improved on last year’s numbers must be a source of relief for Gigliotti and Weiss, AMPAS, and ABC. They may not have been able to keep the ceremony to three hours, but in an era when TV viewership numbers are down, especially for televised awards shows, to see an increase in viewership over last year is quite the feat. How much of that was directly due to the changes in the ceremony, as opposed to public interest in the nominees, we may never know. But for now, anyone worried about the fate of the televised Oscars ceremony can breathe easy.

Until the next AMPAS press release, that is.

So what did you think of the actual show presentation last night? Let us know if after all of the controversy in the lead up to this Oscar telecast if you feel it was all worth it in the comments section below or on our Twitter account.


Share
Facebook
Twitter
Copy URL
Previous article
The Next Best Picture Podcast – Our Instant Reactions To The 91st Academy Awards
Next article
​What’s Next For The 2019 Oscar Winners?