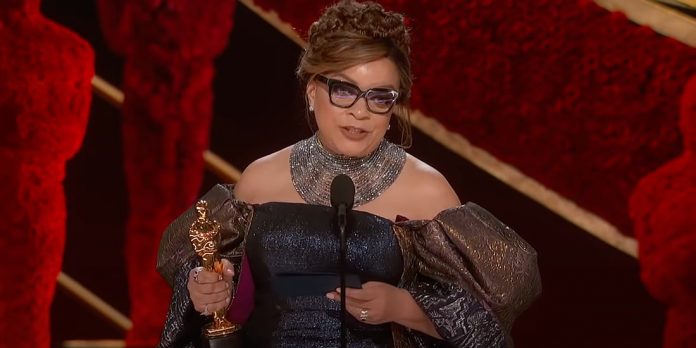 ​We’ve got the most thorough rundown as possible of what projects the winners in all 24 categories have lined up next.

Mahershala Ali: The now 2-time Best Supporting Actor Oscar-winner just wrapped an acclaimed season of “True Detective.” Back in 2017, it was announced that he was attached to executive produce and star in “Burn,” a crime drama based on AJ Wolfe’s upcoming novel. We haven’t heard anything about the project since, although it had already attached detective-turned-writer Fredrick Kotto (“The Rookie”) to pen the screenplay. With “True Detective” done and “Green Book” finished with its Oscar campaign, it will be interesting to see if there is any more movement on the project. In addition, Ali says he has been working on a secret rap project for a film for several years and implies that we will know more before long.

Jim Burke: Burke announced last year that he would be re-teaming with longtime collaborator Alexander Payne to produce an adaptation of the Ruth Prawer Jhabvala short story, “The Judge’s Will.” The story focuses on a dying judge who informs his wife that his will requires his wife to care for his mistress. Oscar-winning screenwriter James Ivory (“Call Me By Your Name”) is set to pen the script, while Payne is set to direct.

Brian Hayes Currie:  Brian co-wrote his next project, “River of Fire,” with actor, Conrad Goode (“Con Air”). The duo is still working on securing the right director for the project.

Peter Farrelly: Farrelly has yet to announce his next feature, so we have yet to learn whether or not he will stay in the world of drama post-“Green Book” or whether he will return to the feature comedy scene. But in the meantime, his AT&T comedy tv series “Loudermilk” was just renewed for a third season back in December. Farrelly will again serve as writer/executive producer alongside Bobby Mort (“Scorched Earth”).

Charles B. Wessler: No known projects at this time.

Alfonso Cuaron:  We never know when to expect another Alfonso Cuaron film. After all, we had to endure a seven-year wait between “Children of Men” and “Gravity” and then had to wait for another five until “Roma.” However, in the mean time, Cuaron is moving forward with an HBO horror miniseries entitled “Ascension” that reportedly revolves around a cult. Casey Affleck is set to star, while Cuaron will write, direct, and executive produce.  Production is set to start later this year. In addition, Cuaron is set to produce an adaptation of Roald Dahl’s “The Witches” alongside Guillermo Del Toro. Robert Zemeckis is set to direct, while Anne Hathaway and Octavia Spencer are set to star.

Olivia Colman: Obviously there’s quite a bit of hype around Olivia Colman stepping into Claire Foy’s shoes on Netflix’s “The Crown” for two seasons. Chances are this will bring her back in the awards scene before long for playing yet another English Queen. But in addition, Colman just premiered “Them That Follow” at Sundance, in which she portrays an Appalachian snake handler. The role allows the actress to ham it up, throw on a southern accent, yell, cry…the works really. It’s a very showy part. Despite the film’s low key distributor (The Orchard), there’s a small chance the film brings her back into the awards race next year.

Rami Malek: Rami will return for a fourth and final season of the show that made him famous, “Mr. Robot,” later this year. In addition, he is lending his voice talents to Universal’s big-budget Robert Downey Jr. tentpole, “The Voyage of Doctor Dolittle” due out in 2020.

John Ottman: I asked Ottman what he has in the pipeline following his Oscar win, and he informed me that he’s at something of a “crossroads in his career” and may actually be interested in “starting a new chapter directing.”

Paul Massey: As one of the industry’s most prolific composers, it still took Massey 8 Oscar nominations to finally win an Oscar. After a career full of X-Men films and James Mangold films, he’s showing no sign of stopping, returning to mix “X-Men: Dark Phoenix,” and James Mangold’s upcoming “Ford Vs Ferrari” drama.

John Casali: Casali is currently in the middle of production on “The Fast & Furious Presents: Hobbs and Shaw,” and “Maleficent 2.”

Nina Hartstone: No known projects at this time

Ruth E. Carter: After making history with her “Black Panther” win for sci-fi costumes, Carter is returning to the sort of period-specific costumes that made her famous for Netflix’s “Dolemite is My Name” for Netflix. The film, which features an insane ensemble cast includes Eddie Murphy, Wesley Snipes, Keegan-Michael Key, Tituss Burgess, Chris Rock, Craig Robinson, TI, and Mike Epps, follows the escapades of a famous real-life pimp during the 1970s.

Ludwig Goransson: After having worked on a number of feature film franchises including the “Creed” series, “Venom,” and now the Marvel universe, Goransson is now branching out into the TV world, where he will compose Jon Favreau’s big-budget Star Wars TV show “The Mandalorian” for Disney.

Charlie Wachtel & David Rabinowitz: Wachtel & Rabinowitz have been busy shopping “based on a true story” scripts around town. Their next script was “Thatcher Island” and it was picked up by Fox 2000. The Greg Berlanti/Sarah Schechter-produced drama focuses on notorious mob enforcer, Joe “The Animal” Barboza. They are also writing an Untitled Spy Series for Païva Films and Mirador Pictures that revolves around Cuba during the cold war, and “Madness,” a college basketball TV series for Gunpowder & Sky.

Spike Lee: Spike is reteaming with “BlacKkKlansman” co-writer, Kevin Wilmott to write “Da 5 Bloods” for Netflix, which he will also direct and produce. The film stars Black Panther’s Chadwick Boseman alongside Jean Reno, Delroy Lindo, and Jonathan Majors.  In addition, he is attached to direct “Frederick Douglas Now,” an adaptation of Roger Guenveur Smith’s one-man stage show. Lee is also producing the civil rights drama “Son of the South,” which is being directed by his longtime editor, Barry Alexander Brown.

Kevin Wilmott: As mentioned above, Wilmott co-wrote Spike Lee’s upcoming “Da 5 Bloods” for Netflix. In addition, although the film is undergoing rewrites courtesy of Tripper Clancy, he penned the first draft of baseball drama, “High Five” for Amazon.

Regina King: We’ll be seeing quite a bit more of Regina King shortly as part of HBO’s upcoming “Watchmen”  TV series from Damon Lindelof. In addition, she is set to Executive Produce and Direct the high school TV drama “Warriors” for ABC.  She’s also set to star alongside Brandon T. Jackson in the upcoming thriller, “All the Way with You,” due out this November.

Greg Cannom: No known projects at this time.

Kate Biscoe: No known projects at this time.

Lady Gaga: Although Lady Gaga has yet to announce her next acting gig, she has made it clear that she intends to continue appearing onscreen. Presumably, we can expect plenty more music as well.

Mark Ronson: The hit songwriter is currently working on a new song (not for film) with Howard Stern and the American pop-rock band Haim. In addition, he is set to pen original songs for Adam Hashemi’s prison musical, “Songs of the Damned.”

Andrew Wyatt: The acclaimed producer is currently working on a new music project with Miley Cyrus.

Anthony Rossomando: No known projects at this time.

Paul Lambert: After pulling off back to back wins for “Blade Runner 2049” and now “First Man,” Paul Lambert is reuniting with Denis Villeneuve for his upcoming sci-fi epic, “Dune.”

Tristan Myles: Like Lambert, Myles will be working on Villeneuve’s “Dune.”

Ian Hunter: No known projects at this time.

Elizabeth Chai Vas & Jimmy Chin: The husband and wife directing duo have announced that their next documentary will focus on renowned conservationist and former CEO of Patagonia, Kristine Tompkins.

Shannon Dill: Dill is involved with a secretive 3-part Netflix series due out later this year.

Bob Persichetti: Although Spider-Verse’s co-director has yet to land his next directing gig, he is currently serving as “head of story” on Aardman’s “Shaun the Sheep: Farmageddon,” and will produce the feature-length “Playmobile” animated film.

Phil Lord & Chris Miller: The “22 Jump Street” and “Cloudy with a Chance of Meatballs” masterminds have signed on to direct an adaptation of “Artemis,” the follow-up novel from “The Martian” author, Andy Weir. In addition, the duo is producing a workplace comedy from NBC entitled “Business as Usual.”

Peter Ramsey: No known projects at this time.

Domee Shi: Jumping from being the first woman ever to direct a Pixar short to landing a feature film Pixar directing gig. Details are under wraps right now other than the fact that it is a 90-minute feature.

Becky Neiman-Cobb: No known projects at this time.

Guy Nattiv: Even before he became an Oscar winner, director Guy Nativ had used the buzz surrounding his short film to secure financing for a feature film of the same name. “Skin,” which stars Jamie Bell, premiered at TIFF last year and has been acquired by A24 for a release later this year. Like others on this list, he apparently never sleeps, as he plans to move forward with production on his next film, entitled “Virginia” later this year. The film, which is based on a true story, revolves around a cult in Virginia.

Rayka Zehtabchi: The “Period. End of Sentence.” team has already been able to install two more pad machines in neighboring villages in India thanks to the attention the documentary received before the Oscars, according to Zehtabchi. With an Oscar win under their belt, they hope for even more. “We’ll see how many [pad machines] we can raise money for after the Oscars,” Zehtabchi said. “I still can’t believe it.” In addition, “She’s currently developing a narrative feature film based on her family’s experience immigrating from Iran to the United States.”​

In short, almost everyone is busy, and many of them with Netflix. Keep an eye out in the coming months for more. Some of these will likely bring these same names back to the Dolby Theatre in the next year or so. ​​Which projects excite you the most? Let us know your thoughts in the comments section below or on our Twitter account.