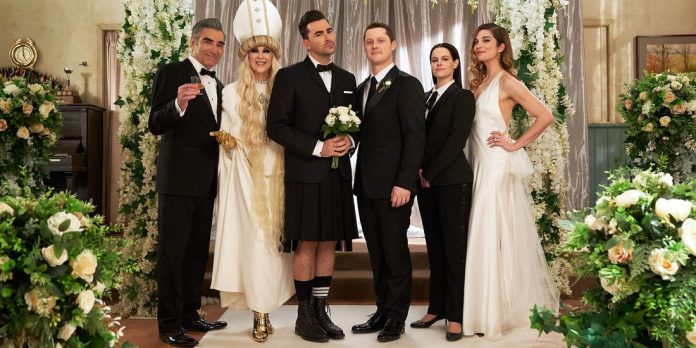 Now the end is near and so we face our final curtain. The Creative Arts Emmys have been awarded and now, it’s time to predict the big ones: Outstanding Comedy, Drama and Limited Series Winners, and any last-minute changes.

In the cage match for the most Emmys, HBO and Netflix enter the evening tied for 19 Emmy wins each. But HBO only needed three series to Netflix’s five. Not to be outdone is Disney+ debut with an impressive eight wins so far.

While we’ve seen in the past three years a dominance by the Series nominees, the Creative Arts broadened their winners to include more than the Series nominees. It was the second win for Ron Cephas Jones in Outstanding Drama Guest Actor for “This Is Us” that gave hope to all actors trying on the main telecast to buck this trend. However, “This Is Us” has won that category three out of the past four years. And with the dominance established by the leading contenders for Outstanding Comedy, Drama and Limited Series, I don’t expect any major surprises in the top 3 categories tonight.

Let’s begin with what should be the easiest to predict…

OUTSTANDING COMEDY SERIES NOMINEES
“Curb Your Enthusiasm”
“Dead to Me”
“The Good Place”
“Insecure”
“The Kominsky Method “
“The Marvelous Mrs. Maisel”
“Schitt’s Creek”
“What We Do In The Shadows”

Let me remind everyone that when we looked at Outstanding Comedy Casting, the past five winners have gone on to win Series. So, as to not beat around the bush this leaves us with…

Most likely to upset: “The Marvelous Mrs. Maisel”

Check out my articles for the Comedy Categories:

Last-Minute Changes: I know Comedy Writing favors solo nominees but “Happy Ending,” the series finale of “Schitt’s Creek,” may be the one to break the trend.

Things get a little more complicated switching to the Drama races. Only three times in the past five years has the Casting winner gone on to win Series all for the same show, which was “Game of Thrones.” This statistic only gives “Succession” a 60% chance of winning after picking up a total of three wins leaving a 40% chance for an upset. The rest of this story will unfold tonight. That is unless the story has already been told with “The Mandalorian” and its seven Creative Arts wins. Keep in mind, few thought that “The Mandalorian” would reap a Drama Series nomination and now it goes into the final night as the Drama Series with the most wins. If it’s not “Succession” or “The Mandalorian,” then lookout for “The Crown” with two tech wins, but unlike “The Mandalorian” is in multiple major categories tonight.

Check out my articles for the Drama Categories:

Last-Minute Changes: I cannot tell if Cephas Jones’ win last night was an anomaly or a sign of the tide changing. But that win should give hope to those whose Series are not amongst the eight nominees.

Finally, we turn our attention to the Limited Series race. If there’s one series who should be mad at “The Mandalorian’s” success, it’s “Watchmen.” It tied “The Mandalorian” with seven wins including picking up Limited Series/TV Movie Casting. But as the two series went head-to-head in several categories it’s also became likely that “Watchmen” will not break the “John Adams” (2008) record of 13 wins for a Limited Series. For “Watchmen” to break the record they will need to be only the second series after “Angels in America” (2003) to sweep the top seven awards. The silver lining being if they can win six out of seven, they will tie for the most. But the series has become more socially relevant this summer and that could help improve “Watchmen’s” chances.

Check out my articles for the Limited Series/TV Movie Categories:

And that’s it. All of my personal predictions for the 2020 Emmy Awards are done. Feel free to read the articles linked above to read more of my reasoning. If you want to listen to the reasoning behind my predictions you can listen to the podcast episode I did with the NBP Team for Next Best Series here. A full list of the team’s predictions can be read here. Enjoy the show tonight at 8pm ET/ 5pm PT on ABC. We’ll be back with a reaction podcast to the show tomorrow!