How Sequels Fare In Best Picture 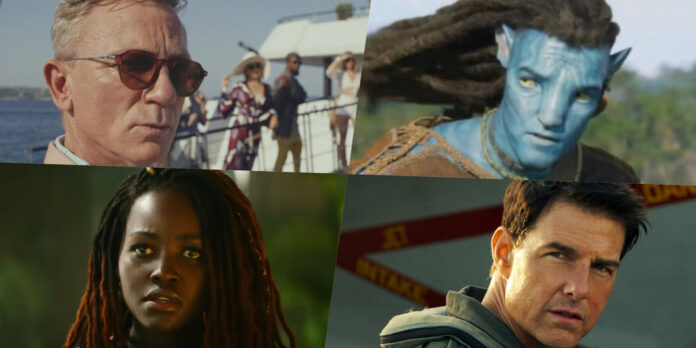 In our current franchise-dominated world, it’s almost charming to look back to the first century of Hollywood and take stock of how original, one-off films used to make up the majority of releases. While sequels are nothing new, for most of film history, it was generally assumed that follow-up films would be a step down in every aspect, including quality and box office revenue. Obviously, that has since changed. While a sequel being a good film still isn’t assured, seemingly the only way to make increasingly more money nowadays is to keep churning out known properties and continuations or reboots of stories that may be decades old. In fact, only four films of the current top 25 highest-grossing films of all time at the domestic box office are original properties – “Avatar,” “Titanic,” “Star Wars,” and “E.T. the Extra-Terrestrial.” While they may be monetary successes, there’s one realm that sequels and prequels have yet to completely conquer – the Oscar’s Best Picture race. This year has a large number of follow-up films that are already in the conversation for potential Best Picture nominations, namely “Avatar: The Way of Water,” “Black Panther: Wakanda Forever,” “Glass Onion: A Knives Out Mystery,” and “Top Gun: Maverick.” Is history against them, or will they be able to break into Hollywood’s most exclusive party?

Beyond these definite chapter two (and three) installments, there have been some Best Picture nominees that aren’t exactly sequels but definitely deserve mention. “Broadway Melody of 1936” was released, oddly, in 1935. It partially shares a title with the second-ever Best Picture winner, “The Broadway Melody,” and features a similar plotline; namely, a young chorus girl wants to make it big on Broadway. This tried and tested formula would yield two additional films – “Broadway Melody of 1938” and “Broadway Melody of 1940.” But besides their shared names, setting, and genres, the films are not exactly typical sequels. One of the more highly regarded Best Picture winners is “The Silence of the Lambs,” which is actually based on the second book in Thomas Harris’s Hannibal Lecter series. In 1986, the first book – “Red Dragon” – was adapted into a commercially unsuccessful Michael Mann film entitled “Manhunter.” The film version of “The Silence of the Lambs” shares nothing in common with “Manhunter” except for the characters of Jack Crawford and Hannibal Lecter, who are played by different actors across the two films. In 2006, Clint Eastwood released two films about the Battle of Iwo Jima. “Flags of Our Fathers” was told from the American perspective, and “Letters from Iwo Jima” covered the Japanese side. The two are only linked thematically, and the latter went on to receive a Best Picture nomination. And finally, in 2018, the mega-successful “Black Panther” became the first superhero film to be honored with a nomination for Best Picture. And while it was lauded particularly for how it stands alone as a singular film, it’s still undoubtedly part of the Marvel Cinematic Universe and features characters introduced in previous movies.

A few possible conclusions can be drawn from looking at the types of direct sequels that Oscar gravitates towards. Clearly, the Academy prefers to nominate sequels to previous Best Picture contenders. “Toy Story 3” and “Mad Max: Fury Road” are the only exceptions. However, previous “Toy Story” movies had at least garnered significant nominations, including a Best Original Screenplay nomination for the first film. “Mad Max: Fury Road” is an oddity because it is the first film in its franchise to receive Oscar attention. In addition, it’s worth noting that these two films were nominated in the expanded Best Picture era. While the trajectory of its campaign and the other nominations it received seems to indicate that “Mad Max: Fury Road” would’ve been nominated even with only five potential Best Picture nominees, it’s almost certain that “Toy Story 3” wouldn’t have gotten in without the field being ten films wide.

Because of these factors, it appears that the current state of Best Picture would be more receptive to sequels than ever. It also must be mentioned that in a cultural landscape so entirely dominated by franchise films and nostalgia-based titles, the Academy must increasingly go further and further out of its way to nominate original films. If nothing else, Best Picture being potentially more welcoming to sequels may eventually be merely a case of math, as the percentage of films released that are non-sequels continues to dwindle.

Then again, this franchise-heavy market is nothing new and has been the case for at least the past decade. And even so, the Oscars haven’t embraced sequels, although they’ve had plenty of opportunities to do so. Notably, Best Picture nominations probably all came within striking distance of continuation films like “Star Wars: The Force Awakens,” “Deadpool,” “Wonder Woman,” and “Borat Subsequent Moviefilm.” Taste is obviously subjective, but the Academy’s avoidance of these titles does seem to be a deliberate choice.

So, what are the Best Picture chances for the many potentially-Academy friendly sequels being released this year? The only one released so far is “Top Gun: Maverick.” If you had told most Oscar obsessives even just a few months ago that the long-delayed sequel to a 36-year-old cheesy action movie would have serious Best Picture heat, they would’ve undoubtedly said you were on the highway to some sort of proverbial danger zone. But it’s true – “Top Gun: Maverick” has been the kind of undeniable critical and commercial hit that has the potential to take any Academy voter’s breath away. It’s currently the sixth highest-grossing domestic film of all time, and even three months into its release, it’s still able to comfortably position itself in the weekly box office’s top five. Audiences are unquestionably returning to theaters to see it again and again, and it’s received such good reviews that few critics could shame the public for repeat viewings. Curiously, the original film didn’t receive such universal respect. Critics were mixed upon its release in 1986; even now, it sits at an unimpressive 57% on Rotten Tomatoes. It did receive four below-the-line Academy Award nominations and picked up a win in Best Original Song, but it was far from the top Oscar races. In that way, “Top Gun: Maverick” receiving a Best Picture nomination would be like “Mad Max: Fury Road” doing the same thing. George Miller’s apocalyptic franchise also enjoyed up-and-down critical notices before the release of “Mad Max: Fury Road,” and the Academy never went anywhere near it. But like “Top Gun: Maverick,” “Mad Max: Fury Road” was an unquestionable triumph of storytelling and movie magic, and even the supposedly snobby Academy couldn’t ignore it.

“Glass Onion: A Knives Out Mystery” will be premiering very soon at the Toronto International Film Festival. All eyes are on Rian Johnson’s follow-up to his popular 2019 comedy-mystery “Knives Out” (which also made its world premiere at the Toronto International Film Festival) to recapture the original film’s magic. And while the first film ultimately couldn’t crack into the Best Picture race, it came close. It received Picture nominations from important precursors like the Producers Guild, American Film Institute, National Board of Review, and Golden Globes. Still, it just had to settle for a Best Original Screenplay nomination from the Oscars. While this kind of close-but-no-cigar precedent might not be ideal for the Best Picture chances of “Glass Onion: A Knives Out Mystery,” if the film is received well enough, it just may be able to slice and dice its way into the top category.

The remaining contenders both benefit from being follow-ups to popular Best Picture nominees. “Avatar: The Way of Water” has been delayed so frequently that many thought it might never be released. But this December, it will finally make its way to theaters 13 years after the original. And while “Avatar” has become something of a punchline for some film fans due to its perceived lack of cultural impact in relation to its gargantuan box office, one of the most lasting mantras in Hollywood is “never doubt James Cameron.” Nearly every project he’s helmed has had a cloud of doubt hovering over it before being released to breathtaking success. In addition, a gorgeous teaser trailer for “Avatar: The Way of Water” and a forthcoming re-release of the original film may be enough to get audiences excited to visit Pandora once again. With a near-guaranteed Oscar win for Best Visual Effects, “Avatar: The Way of Water” is sure to be a factor in this year’s awards. It’s just a matter of how high it can eventually fly.

And finally, acclaimed director Ryan Coogler is following up his culture-defining hit “Black Panther” with this year’s “Black Panther: Wakanda Forever.” There’s a lot of expectation for this film. Among other factors, it remains to be seen how it will reckon with the untimely passing of its predecessor’s star Chadwick Boseman. The original film was a sensation in just about every way. Despite being released over a year before the 2018 Oscars ceremony, there was no doubt that it would receive a well-earned Best Picture nomination. It was simply too huge to be denied. Expectations are high for “Black Panther: Wakanda Forever,” which will undoubtedly be a contender in at least the below-the-line races, especially after the first film managed to win three such Oscars.

While sequels are basically about the only surefire path to success in modern Hollywood, they are far from a guaranteed ticket to the Oscars. This year has the potential to greatly increase the number of sequels that have received Best Picture nominations, but only time will tell if the Academy feels the desire to return to the well. If they do, we may be on track to have one of the most commercial, populist Best Picture lineups of all time.

Do you think one of the before mentioned sequels will be nominated for Best Picture? If so, which ones do you think? Stay tuned for our first official Oscar predictions of the season coming on September 1st, 2022. Please let us know your thoughts in the comments section below or on our Twitter account.