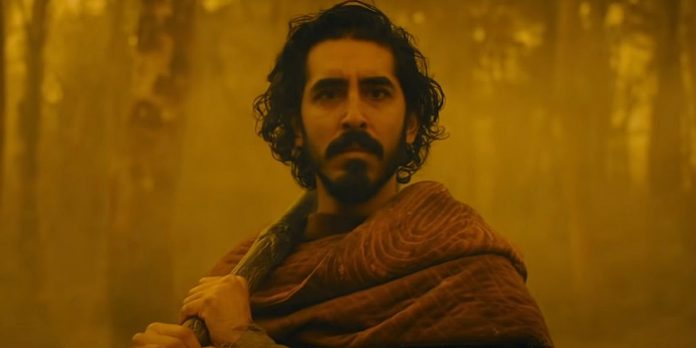 ​The fall festival season starts today with Venice, and with it comes many musical scores that will likely be nominated for the big awards come early next year. But there are plenty of film scores already out that deserve to be considered and will most likely be forgotten in favor of more heavyweight contenders coming out during peak awards season. Hopefully, this article will serve as a reminder to any voter or critic not to forget about these fantastic film scores as we go through awards season.

For almost a decade, Mica Levi has produced some of the most otherworldly scores and developed their own distinct signature of just the worst kind of dread and the darkness within with films such as “Jackie” and “Under The Skin.” Their score for “Zola” is no different. Chopped and screwed to an absurd degree, it perfectly captures the crazy and often unpredictable ride that “Zola” often is. Critics usually love Mica’s scores, so there’s a chance they might go for this at the end of the year. In any case, this is just another example of Mica being one of the defining composers of their generation.

A Pixar score that made many almost break down in tears. We’ve all heard that one before, but Pixar has worked their magic once again with “Luca.” Dan Romer, known mainly for being Benh Zeitlin’s go-to composer, brings his magic for the first time to a Pixar film, and the results are outstanding. It’s a sweet and sentimental score that reminded us of Joe Hisaishi’s work on Hayao Miyazaki films such as “Kiki’s Delivery Service” and “Spirited Away.” It captures the feeling of being a kid in summer and going on adventures with your friends. Pixar film scores are always in the mix when it comes to getting a nomination at the Oscars. This score should be treated no differently, and after “Soul” swept last year, it especially should be considered a primary contender. Any score that can give chills while simultaneously being on the verge of crying during the final few minutes of this film is worthy of a nomination.

By far the best score on this list. Daniel Hart has outdone himself with the best score he’s ever composed. Haunting and hypotonic, the score for “The Green Knight” perfectly fits the incredible atmosphere created by David Lowery and enhances the film as a whole. The string work is something to behold, and its use in the unforgettable climax has tremendous staying power. It’s a gorgeous score that should be recognized come awards season. Hopefully, some critics groups go for it by year’s end, and maybe A24 will push the score for awards consideration.

Marco Beltrami is rather hit or miss. His scores for films such as “3:10 To Yuma,” “Logan,” and “The Hurt Locker” are excellent, while others are forgettable. This is not the case for his score for “A Quiet Place Part 2,” which is superior to his Golden Globe-nominated work for the original film back in 2018. The score is used incredibly well in tension-filled sections and is much more in the forefront this time, allowing it to stand out and leave a lasting impression. While we think this film’s awards prospects might be limited to just sound, which it would deserve, maybe some genre awards will nominate the score for something. Unlikely, but maybe?

Sparks are having a long-deserved moment in the spotlight with Edger Wright’s career-spanning documentary released earlier this summer and their much-delayed foray into film with “Annette,” which opened Cannes this year. The results have been, let’s just say, divisive; if a Sparks musical done by Leos Carax wasn’t divisive, then the universe would be officially broken. But Sparks has done a great job of making a score and songs that are not catchy, but very weird, and not at all what many thought a Sparks musical would sound like. The Academy will certainly not vibe with this movie at all, and any hope for Sparks to get a nomination for this has vanished practically overnight to nothing more than the Best Original Song category for “So May We Start?.” But at least Sparks got to see their dream realized in the way they wanted it to be seen. Maybe someone will bite?

“The Mitchells vs. the Machines” – Mark Mothersbaugh

Another animated score, this time for the best-animated film so far this year, “The Mitchells vs. The Machines.” This score by Mark Mothersbaugh, most notably of Devo fame, is surprisingly heartfelt and down to earth. Sure there are some typical electronic pieces for the robot sections and more action-heavy scenes, but for the most part, it’s gentle and really serves in making the emotional scenes resonate more than average. In its most emotional moments, the score can make us cry as it makes us reflect on when we moved to college for the first time or reminisced on happy times with a loved one. There’s no chance of this score getting any recognition whatsoever. Still, for the above-stated reasons, this score will hold a very special place in many people’s hearts for allowing us to look back on the past with fondness and a touch of melancholy.

What are some of your favorite scores so far this year? Are there any we did not mention? What are you looking forward to for the rest of the year? Let us know in the comments section below or on our Twitter account.