“GODZILLA: KING OF THE MONSTERS” 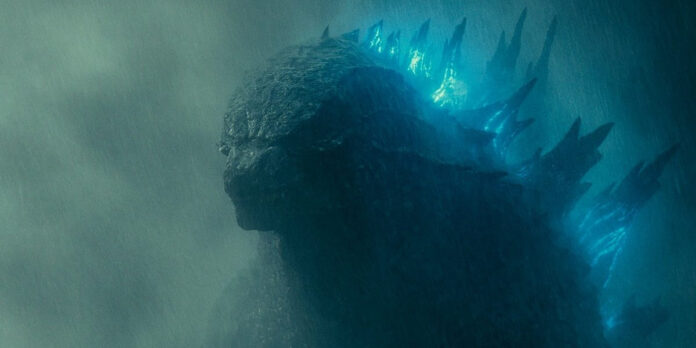 THE STORY – Members of the crypto-zoological agency Monarch face off against a battery of god-sized monsters, including the mighty Godzilla, who collides with Mothra, Rodan, and his ultimate nemesis, the three-headed King Ghidorah. When these ancient super-species-thought to be mere myths-rise again, they all vie for supremacy, leaving humanity’s very existence hanging in the balance.​

​​​​​​​​Summer blockbusters are typically supposed to be “big,” “dumb” and “fun.” The latest Hollywood film about the famous kaiju monster titled “Godzilla: King Of The Monsters” is certainly big, incredibly dumb at times but sadly, not a whole lot of fun. A direct sequel to Gareth Edwards 2014 “Godzilla,” this latest film showcases the big green lizard a lot more this time around and delivers on the giant spectacle of seeing the larger than life monsters duke it out of conveniently evacuated cities for our enjoyment. However, a screenplay that forces us to suspend our disbelief on more than a few occasions with human characters we never connect with and humor that never lands, holds “Godzilla: King Of The Monsters” from being a better summer blockbuster movie.

After losing his son during the destruction which took place in Godzilla’s last seen appearance from the 2014 film, Dr. Mark Russell (Kyle Chandler) leaves behind his wife Dr. Emma Russell (Vera Farmiga) and daughter Madison Russell (Millie Bobby Brown). However, he is pulled back in when he learns that Emma has taken a device they created together known as the Orca (a device which can emit soundwaves that the Titans can hear and allow humans to bend them to their will) and has partnered with a British agent (Charles Dance) to use the device to bring balance back to the planet. Not only will the loss of human life be severe but then, the plan goes wrong and the three-headed dragon King Ghidorah leads 17 titans over the world including Mothra and Rodan against the human race. A crypto-zoological agency named Monarch, formed to study and find a way to co-exist with the tians, attempts to summon Godzilla to save the planet and bring balance to the planet.

Heading into “Godzilla: King Of The Monsters,” the expectations were certainly low after the 2014 film which I understand worked for many but it did not work for me. These two films have so far demonstrated that when the action is focused solely on Godzilla doing his thing against the other kaiju monsters who threaten our planet, they really work. Both films are able to put some emotional emphasis on a few of the human characters such as Joe Brody (Bryan Cranston in the 2014 film), a returning Dr. Ishirō Serizawa (Ken Watanabe) or the Russell family in this sequel. However, those attempts are undone by a story that stretches our capacity to think intelligently and instead pushes our minds into mush. It’s clear that both “Godzilla” and “Godzilla: King Of The Monsters” wants to have it both ways where we care about the human story being told and understand the greater story they’re all caught up in (destruction of the planet) and we turn off our brains for two hours to watch all of this carnage and epic CGI.

However, it all goes to waste if the screenplay never truly grips us or provides us with memorable characters (Can anyone tell me what O’Shea Jackson Jr.’s character was supposed to be or what function Sally Hawkins served to the plot in this film?). We only care about the people we’re seeing on screen through association with their previous works (mostly television based) as this sprawling cast includes actors from “Bates Motel,” “Game Of Thrones,” “The West Wing” (Bradley Whitford who plays a sonographer saddled with most of the film’s awful humor), “Silicon Valley” (Thomas Middleditch playing a director of technology and liaison for the U.S. government), “Friday Night Lights,” “Stranger Things” and more. The humor in the film also never works, not for a single joke. It feels so incredibly forced that you wish they had never bothered with it at all. Had they done that, cut back on a few characters and placed more emphasis on the essential ones, it could’ve provided “Godzilla: King Of The Monsters” with the right level of emotional investment. Instead, we got this.

Godzilla may be king and the fight scenes with King Ghidorah (Who I would argue is wonderfully built up antagonist for our heroes despite obviously having no dialogue) are definitely the film’s highlight (Even though it is clear that in order to provide convincing visual effects, lots of weather effects were utilized to hide certain details but that’s a criticism I’ll let slide). However, even though this film delivers more Godzilla and more giant monster on monster fighting than the 2014 film, it still fails to provide a human story for all of its characters that is coherent and enjoyable. Hopefully, when the inevitable “Godzilla vs. King Kong” movie arrives, they finally learn how to crack this code.