Focusing On The Atmosphere Of The Horror Genre 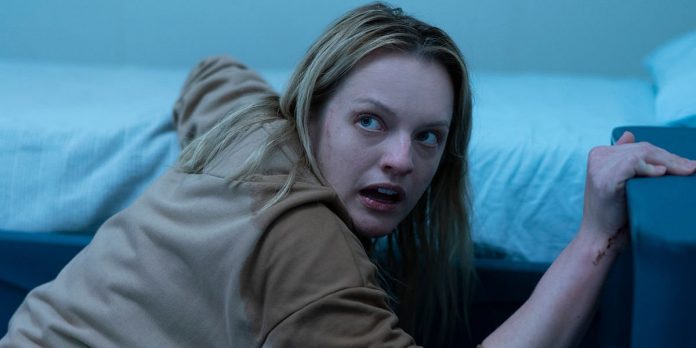 ​Leigh Whannell’s “The Invisible Man” released this weekend and has received some massive praise from critics. Whannell’s third directed effort is a riveting and terrifying take on a classic horror film anchored by an electrifying performance from Elisabeth Moss. The film portrays an abusive relationship in a very disturbing yet effective way. Delivering a powerful message about abusive relationships is the heart of the project and this works extremely well. It proves that sometimes the scariest thing in the world is something you can’t see.

One thing that Whannell does rather well is utilizing negative space, and this contributes to how the film can build a tense atmosphere. Horror films that use atmosphere to its full potential not only feel scarier but can stand the test of time longer. When horror filmmakers take importance in the emotions that come along with being scared and know that those emotions can create a more frightening experience, something truly terrifying happens – and even magical.

I believe we’re starting to see a resurgence of atmospheric horror. These types of horror films are among some of the higher class of the genre, films that have terrified audiences for decades and decades. Think Kubrick’s “The Shining” or Argento’s “Suspiria” or Kent’s “The Babadook”. All of these films, and many more, focus on how our own emotions can scare us more than something that physically manifests itself.

These films stick with us longer because the situations and emotions are easy to connect with. Sometimes it isn’t always easy to put yourself into the scenario of being chased by a big scary monster; but it’s easier to put yourself in a scenario where you feel an overwhelming amount of dread, paranoia, and anxiety; emotions that make us all human and strip us down to our most basic forms. That’s why these types of horror films are so effective: It rips away that comfort zone we so desperately need.

​How many times as a kid did you watch a horror movie with your parents then heard them say, “Don’t worry, it’s just a movie it can’t hurt you”? That’s probably one of the biggest lies our parents ever told us. These horror films, the ones that prey on your weaknesses and fears, the ones that stare you in the eyes, and instead of yelling in your face, just continue to stare and stare – those films can hurt you. It’s the emotion, and the feeling you get from looking at the images and hearing the sounds these directors have morphed together.

These types of horror films have never gone away, they’ve always lingered in the background. Now, we’re starting to see a shift. Atmospherical horror films are gaining popularity – and gaining it quickly. Critical and audience reception for these types of horror films is incredible. It feels like just about every year we’ve got a film that could fit in this category that has been endlessly praised. Films like “The Witch,” “Hereditary,” “Get Out,” “Us,” “The Babadook,” “A Girl Walks Home Alone at Night,” and I’m sure there are countless more I’m missing.

But these films are seeing a bit of a resurgence. They’re getting made more and more, often along with gaining more and more popularity. They’re horror films that focus more on atmosphere, versus falling towards standardized tropes which infinitely less effective. The resurgence of this particular approach to telling a horror story works not only better but has a better response from audiences. Horror filmmakers are using this approach to their advantage. It’s working insanely well and makes for excellent and terrifying filmmaking.

​Have you seen “The Invisible Man” yet? What did you think? Do you prefer more in your face jump scares or the style of using atmosphere to build tension and dread in horror filmmaking? Let us know in the comments section below or on our Twitter account.

Share
Facebook
Twitter
Copy URL
Previous article
The Next Best Picture Podcast: Episode 183 – Berlinale 2020, The Cesar Awards & The “Candyman” Trailer
Next article
“ONE OF THESE DAYS”