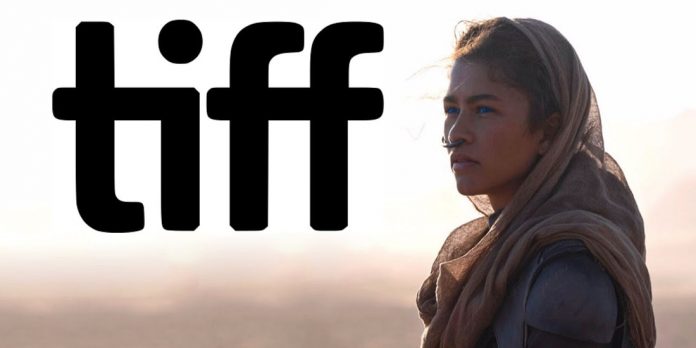 ​While we await the full official lineup for the 2021 Toronto International Film Festival (TIFF), Variety reported today the first slate of films set to screen at the festival.

Click below to see which films will be a part of this year’s Official Selection for the festival.

​Featuring a big increase from last year’s virtual festival, over 100 films will screen in the festival’s Official Selection. We have learned that some of those films include Kenneth Branagh’s “Belfast,” Edgar Wright’s “Last Night In Soho,” and Céline Sciamma’s “Petite Maman” (which premiered earlier this year at the Berlin International Film Festival). It was also announced that there would be a special presentation of Denis Villeneuve’s “Dune,” which will premiere a few days prior at the Venice International Film Festival. The HBO Alanis Morissette documentary “Jagged” will also premiere along with the Theodore Melfi (“Hidden Figures“) directed film “The Starling,” starring Melissa McCarthy, Chris O’Dowd, Kevin Kline, and Timothy Olyphant.

Despite travel restrictions still in place between the U.S. and Canada, the festival will be moving back to in-person screenings. “It is so powerful to be able to share these films with Festival-goers in theatres. And while the world is definitely moving towards a degree of normalcy, many of our industry and press colleagues may not be able to travel across international borders,” said Joana Vicente, TIFF executive director, and co-head. There is still a question as to whether or not if virtual screenings will be an option this year like it was last year and to what degree as Canada’s safety against COVID-19 is not meeting the same levels as other parts of the world.
​
Please stay tuned for more titles to be announced over the next few weeks. The Galas and Special Presentations will be announced on July 20th. The 2021 Toronto International Film Festival will run from September 9th – 18th.

What do you think of the films announced so far? What other titles do you think will screen at this year’s TIFF? Are you planning on going? Let us know your thoughts in the comments section below or on our Twitter account.