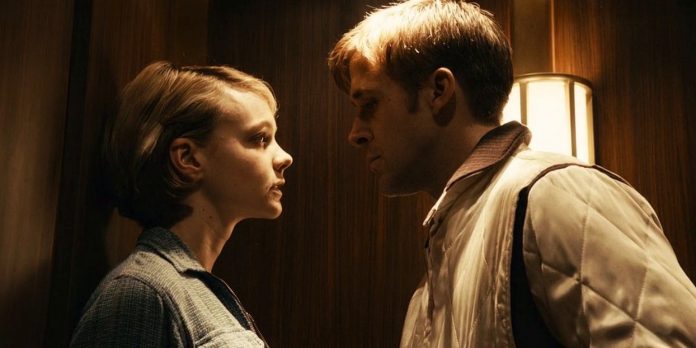 ​​With the 2021 Cannes Film Festival underway, it’s made me nostalgic about my favorite film of 2011, which premiered at Cannes over a decade ago.

It was a Saturday, but not just any Saturday; it was my 14th birthday. My dad took me to see a film called “Drive” on a Saturday morning because we thought it sounded interesting because it starred Ryan Gosling and looked like a “Fast And The Furious” style action film with cars. We had no clue what was in store for us! As the credits rolled and we left the theater, my first thought was simple: what did I just watch? My mind was a blur trying to process a film that I had no reference points for and scenes with some of the most violent imagery I had seen up to that point in my life.

My initial reaction was one of dislike, and of a bad birthday present I had just been given. In retrospect, it was the best birthday gift I could have asked for. To my recollection, “Drive” was the first film that challenged me to reconsider my preconceived notions of what a movie could be. I had seen many films that would be considered more “groundbreaking” and “mind-blowing” at that point, such as “Inception,” “Memento,” “Eternal Sunshine Of The Spotless Mind,” “The Godfather Part 2,” “Fargo,” etc. But this throwback to ’70s and 80’s crime thrillers directed by a Danish lover of all things ultraviolet left me mystified on my first watch. The second time I saw it, I fell head over heels in love with it. On the 10th anniversary of its release, I want to reflect on what made “Drive” such a big deal when it came out, why it’s become such a classic among film fans, and the influence it’s had since its release.

“Drive” came at a turning point for many of its cast and crew. In 2011 Ryan Gosling was known for being a great romantic lead and a great dramatic actor. Something like “Crazy Stupid Love” showcased his comedic chops while “Drive” showcased another side to the actor: the strong silent type. Like a modern-day Man with No Name, the Driver character was calm, cold, and a man of few words. Minimal backstory was given to him, which allowed Gosling to tell us everything we needed to know about the character with his body and facial acting. A third pillar for what kind of parts Gosling could play was unlocked from this film. This new side was further showcased in director Nicolas Winding Refn’s follow-up film, “Only God Forgives,” Gosling’s collaboration with Denis Villeneuve on “Blade Runner 2049,” and even biographical dramas such as “First Man.”

The rest of the “Drive” cast was at similar turning points in their career. Oscar Isaac, who plays a small but pivotal role in the film as Standard, was just about to break out after years of unnoticed supporting work. This was honestly the first time I noticed his presence on screen, and while his role is brief, it certainly leaves an impression. Carey Mulligan had this film as well as Steve McQueen’s “Shame” in 2011. She brings a lot of warmth and humanity to the role of Irene, making it easy for us to believe that Ryan Gosling’s character would become so attached and protective over her and her son. Then you have Albert Brooks giving a career highlight performance as the Jewish gangster Bernie and Bryan Cranston in the middle of his run as Walter White in “Breaking Bad,” giving a solid supporting performance as Shannon.

Fresh off of the “Pusher” films and “Valhalla Rising,” Refn made one of the few accessible films in his filmography. While his knack for staging scenes of graphic violence, obvious visual metaphors, and strong, vibrant visuals are fully showcased in “Drive,” Refn allows his characters to grow and makes us care about them in the first half of the film. Then once the stakes are raised, we’re invested in their struggle and care for their well-being (might as well call them “real human beings”). Refn’s other films don’t really make us care about the characters the same way “Drive” does. This is probably why most people who love “Drive” don’t respond to his other films.

One of the key crew members for “Drive” is composer Cliff Martinez whose retro, synthesizer score played a large part in bringing that kind of score back into mainstream popularity during the early 2010s. Besides the score, the soundtrack also became widely replicated with cuts from The Chromatics, Kavinsky, and of course, College’s “A Real Hero.” The score and soundtrack just screamed mid 80’s cool. When I saw The Chromatics live a couple of years ago, many people in the audience had Drive T-shirts on, and the first song they played was “Tick of the Clock” from “Drive.” I would argue that our love for the sounds of the ’70s and ’80s in the 2010s started with “Drive,” and many indie synth bands owe their careers to this soundtrack.

​When we talk about “Drive’s” impact on film culture, I want to talk about one scene, in particular. I’m, of course, talking about the famous elevator scene. Now I’m not just choosing this scene because I did a whole presentation on this scene during my senior year of High School where I never felt more like Katie Mitchell from “The Mitchells vs. The Machines” pointing my hands at the screen yelling, “this is art!” to a confused and uninterested classroom. But this scene is still the perfect showcase for why “Drive” as a whole had an impact on a whole new generation of film lovers.

The Driver and Irene are in an elevator with a hitman. The Driver notices the gun, knowing what he has to do, but knowing what this will do to their relationship, he wants to say goodbye to Irene, he slowly pulls her aside, suddenly the lights dim and everything’s in slow motion. The score kicks in, and they passionately kiss. He pulls away from her, and the slow-motion stops. He attacks the hitman, bashing his head into the wall, and then pushes him to the ground. Then he stomps on his head until there’s nothing left but blood and gore. A horrified Irene exits the elevator, the two stare across each other, the Driver looking embarrassed and crushed. The end of the best thing that’s happened to him is suddenly gone, just like that—an entirely wordless scene yet one that tells us everything through style and the performances. Refn took cues from the head-smashing scene in “Irreversible.” Still, where that scene used it to disorientate and revolt the audience, here, it’s used to showcase the Driver’s rage and create a sharp contrast from the beauty we experienced just seconds earlier.

Easily, the Halloween costume of choice for most of my friends during film school was the Driver’s iconic Scorpion jacket. It was almost a cliché unto itself. “Drive” was the throwback that made everyone say, “Neo-noir films are amazing! Let’s do that again.” A bunch of films took inspiration from “Drive,” and maybe didn’t even know it, from “Baby Driver” to “Under The Silver Lake.” The influence this film, directly and indirectly, had on countless other films and filmmakers is quite considerable. Judging by Refn’s future endeavors, “Drive” feels like a film that just came perfectly together at the right time with all of the right pieces and can never be replicated. I’m an “Only God Forgives” defender, and even I know that it’s unlikely Refn will ever reach these heights again. “Drive” was the “cool” film of 2011. The other prestige films or blockbuster films of that year couldn’t hold a candle to the uniqueness and sheer amount of hype the film had built over the festival circuit with its intense word of mouth. While the film was a success, especially for what it cost to make and the kind of film it was, “Drive” is not remembered for its box office but for its impact on people, whether that was unassuming audience members who were disappointed by it or film lovers who continue to embrace to this day.

Refn has called the Driver a superhero, and it’s a comparison I happen to agree with. He’s larger than life, has immense strength and stamina, and protects the people he cares about. In a world where superhero films rule the cinematic landscape, “Drive’s” legacy has only grown over time due to its subtle comparisons to the genre, allowing yet another generation of film lovers to discover or even re-discover it in a new light. “Drive” is a superhero film for film fans, but more importantly, it puts us under its spell (soundtrack pun intended) and never lets us go until the Driver is driving off into the night like a force of nature. It may not have been love at first sight when I first saw it, but it’s a dream that’s still worth experiencing over ten years later and one that I and many others will never forget.

What are your memories of “Drive?” Do you feel this year’s Cannes Film Festival will give us any similar masterpieces we’ll be talking about ten years from now? Let us know in the comments section below or on our Twitter account.