“DOWNFALL: THE CASE AGAINST BOEING” 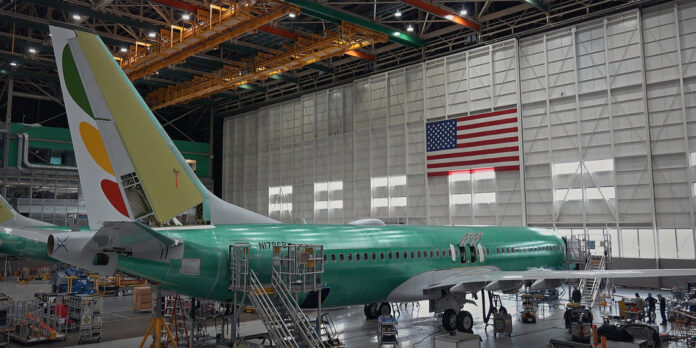 THE STORY – Many of us take for granted that commercial air travel is safe. In 2018, with some 10,000 aircraft in service in more than 150 countries, industry leader Boeing had built its reputation on a dogged commitment to safety. But after 346 passengers are killed when two Boeing 737 MAX jets crash less than five months apart, dedicated journalists, surviving family members, and the United States Congress fight to reveal a culture of concealment and deceit within the venerated company.
​
THE CAST – N/A

Anyone who has followed the news during the past three years knows that Boeing, the once-venerable aircraft manufacturer, has struggled to rehabilitate its image and preserve its financial stature in the wake of back-to-back plane crashes in 2019 brought about by the company’s own negligence. Netflix’s “Downfall: The Case Against Boeing” attempts to pry open the layers of corporate secrecy to reveal the negligence and callous decision-making that led to both crashes.

Such investigative documentaries can be engaging, even when exploring widely publicized events. Look no further than 2020’s Oscar-nominated “Collective.” The public health scandal at the center of that documentary had already received extensive media coverage, but “Collective” placed the viewer at the center of the journalistic investigation into the scandal as it unfolded, providing information and context not immediately apparent from articles. This documentary certainly engages the viewer within the investigation’s events as they took place in real time, lending the film the feeling of a thriller. Unfortunately, “Downfall” begins investigating a widely publicized story long after it has already concluded.

The filmmakers interview the journalists who investigated the causes behind the crash and the corporate cover-up that ensued, as well as the members of Congress who pushed Boeing for answers. But the filmmakers aren’t putting the viewer in the center of the investigation. Here, the journalists are talking about the articles they have already written, which have already received extensive coverage. There is no “in-the-moment” thriller aspect to watching the documentary unfold. And more importantly, the documentary doesn’t provide much information that wasn’t already present from the extensive media coverage during the past three years. It isn’t an investigative documentary, so much as a documentary that tells you about an investigation that you can read elsewhere. Additionally, the film takes half an hour to even get to the investigative part of the documentary. Instead, it spends a good portion of its runtime focusing on the emotional side of the loss. The event is tragic, and the interviews with victims’ families unquestionably are emotional, but the end result is a film whose first third is less than the sum of its parts.

The filmmakers attempt to compensate for this by including CGI recreations of certain moments throughout the investigation. Unfortunately, these recreations opt for the true-crime murder documentary aesthetic, showcasing insignificant moments like a researcher removing a file from a box or pressing the record button on a cell phone through high-contrast lighting and slow motion, with exaggerated sound effects. The result is something that feels almost like a parody; I call it the “American Vandal” aesthetic. Even worse are the CGI plane crash recreations. The rubbery CGI used for cockpit interiors showcasing the moment the pilots lose control looks right out of a corporate training video. On top of that, there are some distracting choppy audio edits layered throughout these sequences.

That isn’t to say that there is nothing of merit to be found here. The filmmakers worked admirably to interview as many parties involved in the investigation as possible. Interview subjects ranging from Congressman Peter DeFazio, who led the investigation in the House, to “Sully’s” Captain Sullenberger, explain the technical aspects of the crashes in understandable terms and are engaging interview subjects. And the story, even if already widely covered, is an interesting one at its core. By the time the film reaches its conclusion, it triggers a righteous sense of anger at the cold apathy displayed by Boeing’s executives and a sense of fear that such a crash could easily happen again.

If you haven’t followed the story already, “Downfall: The Case Against Boeing” is interesting enough. The filmmakers manage to consolidate the entire tragedy and subsequent investigation into an hour and a half, which is no small feat. But the film lacks the urgency or in-the-moment access to take it beyond being a dime-a-dozen documentary about a tragedy that will be forgotten within weeks of its release.