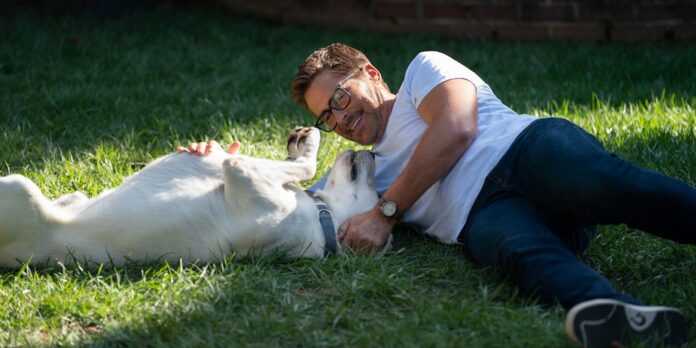 THE STORY – When his beloved dog goes missing, a young man embarks on an incredible search with his parents to find him and give him life-saving medication.

Netflix has released a slew of original movies in recent years, some of which were initially meant to be theatrical releases but ended up being purchased by the streamer in hopes of reaching broader audiences. Then, there are those Netflix Originals that are the streaming age’s equivalent to direct-to-video – i.e., films that will forgo cinemas and will solely be available on streaming services. In the case of Netflix’s “Dog Gone” it appears at first glance to be the kind of streaming-only release that will receive little to no fanfare upon its arrival. And, while that may still be true, with the presence of certified movie star and “The West Wing” alum Rob Lowe, hopefully, this film will not fly under the radar. While this small movie is hardly awards-worthy, it’s an unexpected gem of a January release that is the kind of heartwarming viewing many audiences may seek. And, with a focus on human-animal relationships, “Dog Gone” will surely appeal to many families who currently have – or used to have – pets (especially dogs) of their own.

“Dog Gone” opens with the tag, “based on true events,” and then we meet Fielding (Johnny Berchtold), who is a college senior and is trying to figure out what he’s going to do post-graduation. He and his friend, played by Nick Peine (“A.P. Bio”), visit a local dog pound, and Fielding ends up adopting a yellow lab puppy, despite his friend’s arguments. Fielding takes the pup to a college party, where he decides to name the dog Gonker after the dog “gonks” him on the nose. We see a montage of Fielding and Gonker’s life throughout that year, and it becomes evident that the two are inseparable; we even see Gonker doing a perfectly-timed downward dog pose during a yoga class. Right before his graduation ceremony, Fielding’s parents surprise him and are equally surprised to see their son suddenly has a dog. His parents are played by Lowe and by Kimberly Williams-Paisley, most known for her role as Annie Banks in 1991’s “Father of the Bride.” Lowe’s character (John) appears rather pessimistic at first, while Williams-Paisley’s character (Ginny) appears more cheerful and optimistic. One day, Gonker runs after a fox and is lost on the Appalachian Trail. Obviously, a lost dog is always concerning, but Gonker’s case is more extreme: if he isn’t found soon enough, he’ll miss out on his life-saving medication. Fielding then becomes obsessed with finding Gonker and sets out on the trail with his dad while his mom works the phones at home.

Director Stephen Herek is most known for the 80’s cult classic, “Bill & Ted’s Excellent Adventure,” and has also directed dramas such as “Mr. Holland’s Opus.” In recent years, he has primarily directed TV episodes. His direction of “Dog Gone” is assured, albeit a bit too flashy at times, with overuse of slow-motion for dramatic effect. Writer-producer Nick Santora, a previous Emmy nominee who also wrote for the TV series “Prison Break,” has crafted a reasonably straightforward screenplay adapted from the book of the same name by Pauls Toutonghi. You can predict every narrative beat and precisely when the highs and lows will appear. And, yet, Santora adds a fair amount of humor – which primarily works and typically comes from Lowe. Santora also seems to understand the colloquialisms of Fielding’s generation without overloading us with slang.

While the senior year montage is helpful, it’s not enough to show the strong, emotional relationship between Fielding and Gonker. Yes, we are immediately aware that this relationship is meant to embody the “man’s best friend” idiom, yet the first act is a bit too fast-paced. It would’ve been better to see some more buildup of this central relationship than the relationship between Fielding and his father, which is fleshed out a bit more. It’s unclear why Santora chose to swap the parents’ personalities, and by the time Gonker gets lost, John is suddenly much more hopeful than Ginny. Yet, in a series of flashbacks, we soon discover why the mother is feeling so stressed and worried about the situation. These flashbacks have a strange hue to them, which is unnecessary because, due to the editing, we can already tell that they are, indeed, flashbacks.

It’s fun to see Lowe, who is also a producer on the film, playing a doting, worried dad. Of course, there are typical father-son issues that you know will work themselves out, and the depiction of Fielding as an unfocused and unsure recent college graduate is hackneyed, to say the least. Berchtold (“Gaslit”) is pretty good as Fielding, even if the character isn’t given much of a personality beyond his relationships with his family, friends, and Gonker. Williams-Paisley is also solid, even if you believe her character’s connection to Gonker’s story to be a bit manufactured. The setting is quite beautiful and certainly makes one want to visit the Appalachian Trail. There is some inconsistency with the film’s point of view, where the filmmakers choose to show events from the dog’s perspective (while he’s lost). Although it’s only briefly shown, they should’ve abandoned this entirely or added more scenes with the dog by himself, although they most likely wanted to keep that part of the story more of a mystery. The dog does appear to be real, aside from a CGI version similar to the star of the newest version of “The Call of the Wild.” Using real animals adds authenticity, and the real-life Gonker makes a cameo.

When it comes down to it, “Dog Gone” is an inspiring, uplifting story about people – from all over the world – who come together to reach a common goal: to find Gonker. Even if you can correctly guess what will transpire, it can elicit some tears. It’s not a perfect film, though it has no reason to be. It’s a great reminder to keep your dog safe by doing things like microchipping and shows an appreciation for advocating for adoption over buying from a breeder. 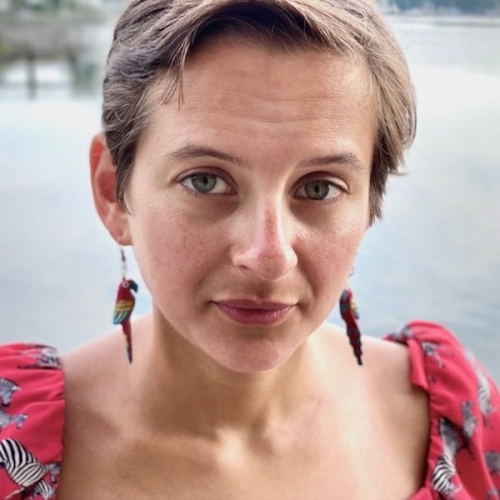 <b>THE GOOD - </b>An inspiring, feel-good movie that is family-friendly. It's almost like a palate cleanser that is sure to lift everyone's spirits. And it's much funnier than expected.<br><br> <b>THE BAD - </b>The script is extraordinarily predictable, and some lines and moments may feel too cliched. Also, the pacing is off, especially in the first act.<br><br> <b>THE OSCAR PROSPECTS - </b>None<br><br> <b>THE FINAL SCORE - </b>6/10<br><br>"DOG GONE"