“THE CALL OF THE WILD” 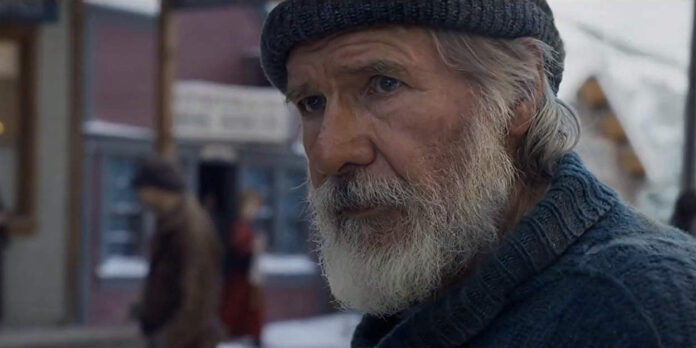 THE STORY – Buck is a big-hearted dog whose blissful domestic life gets turned upside down when he is suddenly uprooted from his California home and transplanted to the exotic wilds of the Alaskan Yukon in the 1890s. As the newest rookie on a mail-delivery dog sled team, Buck experiences the adventure of a lifetime as he ultimately finds his true place in the world.

I’m not sure how I made it into adulthood with a college degree without ever having read Jack London’s 1903 novel “The Call of the Wild,” but here I am. It’s unclear whether my lack of knowledge of the source material helped or hindered my viewing experience, but the story was completely fresh to me. This 20th Century Studios/Disney mash-up version of “The Call of the Wild” feels like two halves of different films. The first is a campy, goofy, too-far-over-the-top kids film, full of zany jokes and cartoonish villains. The second half is surprisingly introspective and earnest, anchored by a strong Harrison Ford performance that brings the film home.

The film follows the adventures of Buck, a domesticated St. Bernard stolen from his home and brought to the Yukon. Soon, Buck is sold to Perrault (Omar Sy), a friendly postman for the Royal Mail of Canada, and his partner Françoise (Cara Gee). They deliver mail via dogsled all around the Yukon. Buck is made to join the dogsled team, where he must grow up and become a leader. Throughout this section of the film, the emotion never truly lands. Instead, the film relies on a dogsled that zips around and gets into trouble. It’s fully and completely a kid’s film; I was bored and annoyed. Sy is one of the bright spots here, though, and he seems to know the perfect tone to strike with his performance.

The dogs don’t speak, thankfully, which leaves much of the action and emotion up to the animators. Chris Sanders directs this adaptation in his live-action debut after co-directing critically acclaimed animated films like “How to Train Your Dragon.” That animation influence is felt clearly in most of Buck’s storyline, where the visual storytelling drives his interactions with the other sled dogs. While the animation of the dogs works well on a storytelling level, they never feel real. Instead, they live firmly in the uncanny valley, interacting with humans but feeling completely animated. The character of Buck was still able to grow on me despite this, largely thanks to a much better second half of the film.

Dan Stevens and Karen Gillan enter the scene for a mercifully brief detour as the snobby, cruel, rich couple, Hal and Mercedes, who purchase the dogsled team hoping to find gold. These two are the worst part of the film. Stevens’ Hal is a Looney Tunes character, however, much less believable. But just when I was ready to give up on “The Call of the Wild,” Harrison Ford finally enters the scene as John Thornton to save Buck (and the audience). Here, the film takes a much different turn and becomes fairly enjoyable.

It’s been quite some time since we’ve seen Ford this gentle and heartfelt. His performance is surprisingly subtle, especially in contrast to the rest of the film. As Thornton and Buck set out to explore the Yukon, they both have to come to grips with new stages of life. Thornton is mourning the death of his son, and Buck has this newfound freedom and must decide whether to stay with Thornton or listen to his wild instincts. Throughout this section, Thornton’s narration enhances the emotion, but large chunks of the film go without dialogue. While it’s unfortunately tarnished by the distraction of Stevens’ character, this latter half turned the entire film around for me.

There’s something to be said for a classic family film, and “The Call of the Wild” fits the bill exactly. It’s also interesting to see a family film that doesn’t feel completely sanitized by the Disney machine, as Thornton deals with a drinking problem. “The Call of the Wild” is far from groundbreaking, and much of its first half is a slog, but it ultimately becomes a very poignant picture. It’s a solid film to enjoy with the family.