Everybody has a little apprehension about flying. Going through airport security, beating the rush, checking baggage, and that’s all before you have to board the plane. More than 25 million Americans have admitted to a fear of flying, and I will say upfront that this list is not going to quell anybody’s fear.

Hollywood is tops when it comes to exploring everyday anxieties, so it should come as no surprise that dozens of classic airplane movies have existed throughout the years. They’ve come in every shape and form, but for this list, we are excluding movies with a militaristic or fighter pilot slant (sorry, “Top Gun” franchise). We want to focus on more communal airline flights that realize our greatest fears and turn them into full-throttle entertainment.

So, for the release of “Plane” this weekend, here are our picks for the ten best airplane movies…

Talk about fear. The “Final Destination” franchise has gone down the drain like nearly every horror franchise, but the 2000 original remains a chilling and fairly inventive spin on the concept of fate. The concept of avoiding a catastrophic plane crash through a timely premonition is scary enough, let alone the idea of the Grim Reaper coming back to even the score.

The movie provides the best cast of the franchise, with Ali Larter, Devon Sawa, Seann William Scott, and Tony Todd meeting the heightened requirements of the script. At the end of the day, though, it’s the inventive deaths that make “Final Destination” stick in our minds: the bathtub suffocation, the exploding house, and of course, the flight that should have claimed them all to begin with. It makes you want to grip your armrest a little tighter during takeoff. 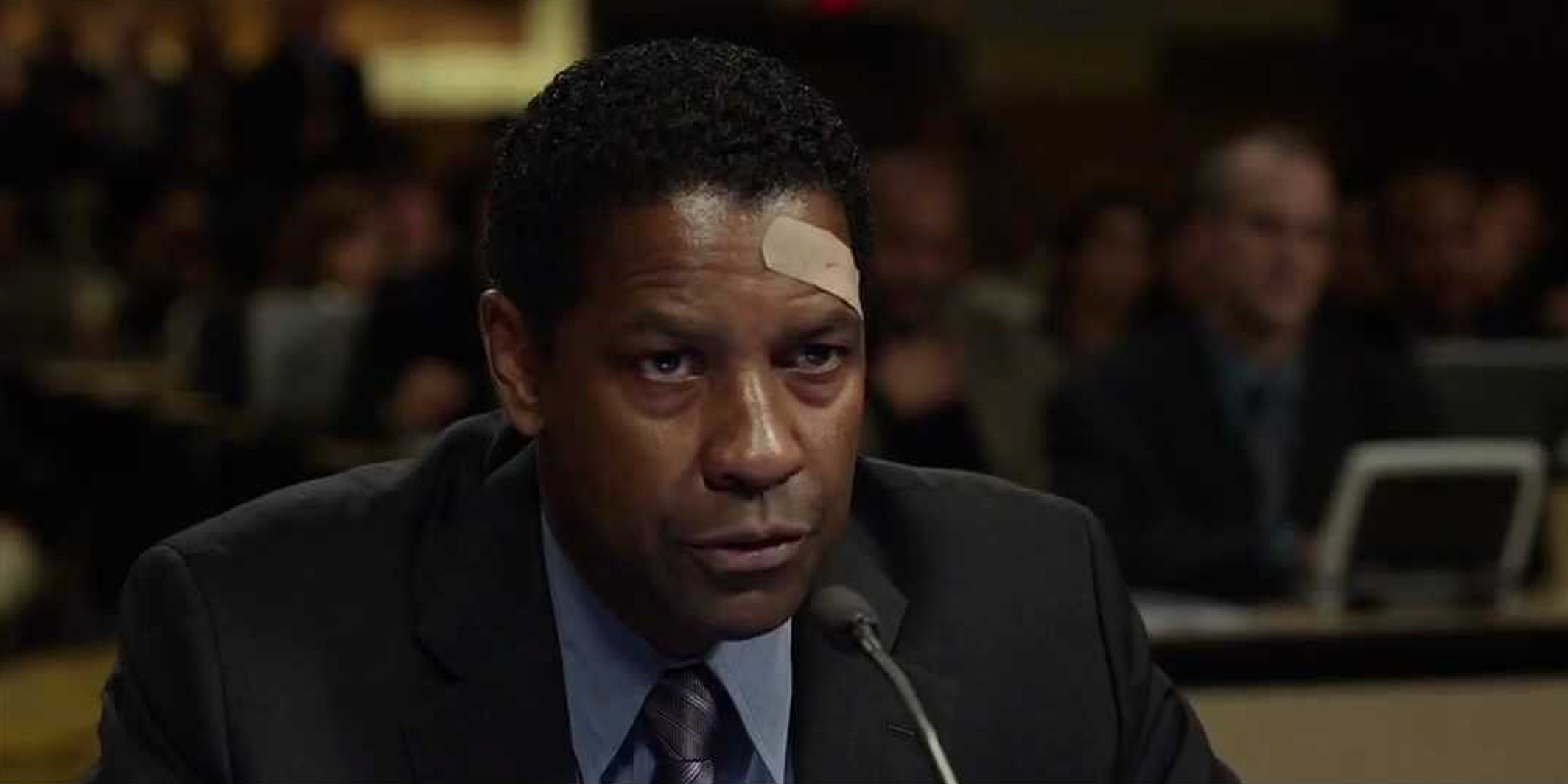 The concept of a drunken pilot recklessly careening through the sky with hundreds of lives in his hand is not comforting, but Robert Zemeckis turned it into a compelling one with this 2012 drama. Denzel Washington plays Whip Whitaker, an Airline pilot who manages to crash-land a plane after a mechanical failure. Hailed as a hero at first, Whitaker’s alcoholism comes to light, casting the events leading up to the crash in a more ominous light.

“Flight” contains one of the most terrifying landings in cinema, which should come as no surprise given Zemeckis’s history as a cutting-edge practitioner of CG and special effects. The movie is not without flaws; the second half succumbs to some overwrought moments, but Washington’s stellar, Oscar-nominated performance ensures that it sticks the landing in the end. 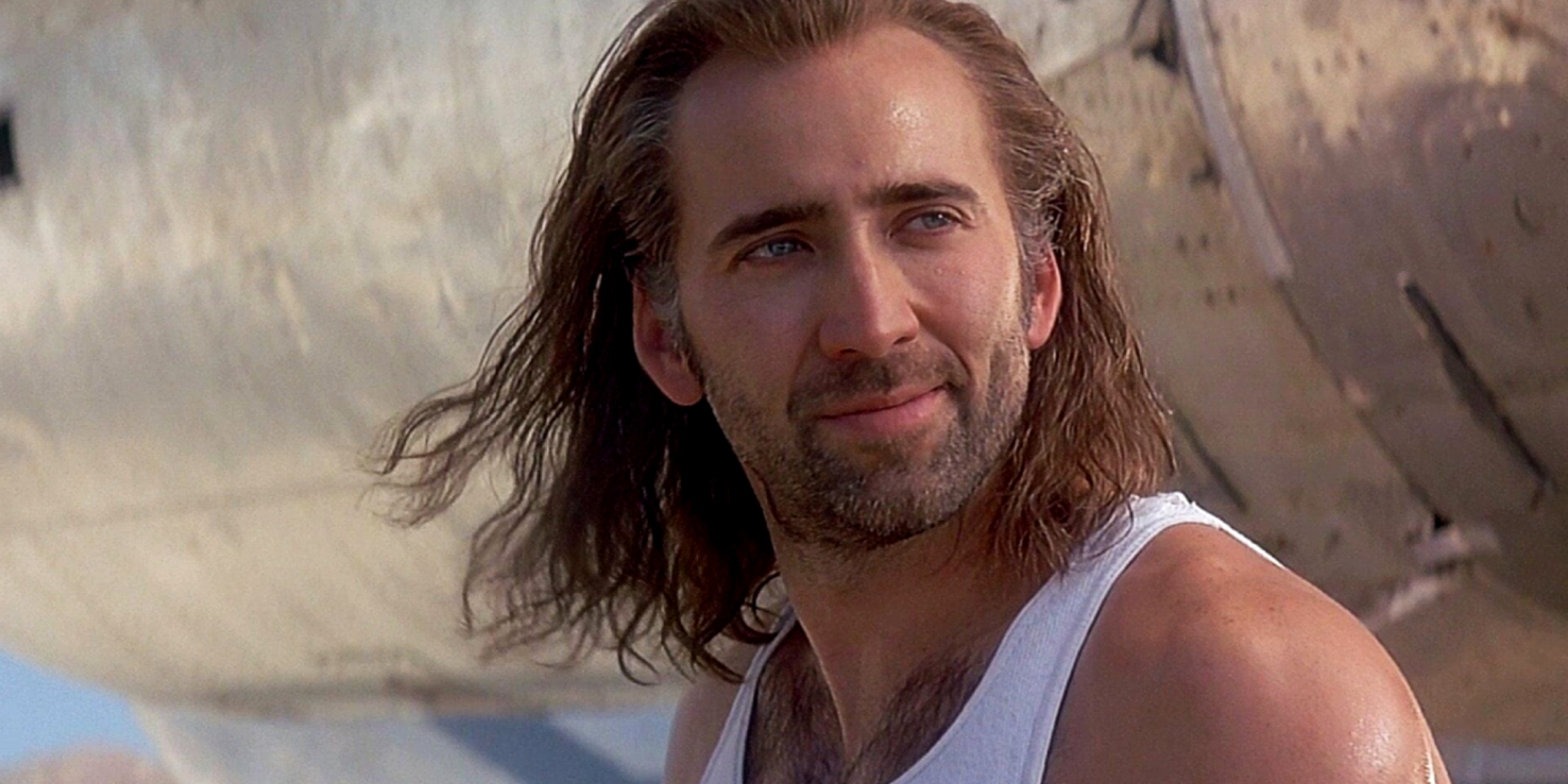 Nicolas Cage has been a celebrated oddball for so long that it’s easy to forget he was once the biggest action star in the world. While guys like Schwarzenegger and Stallone were fading, Cage was ripping off classics like “The Rock” (1996), “Face/Off” (1997), and, of course, the ridiculously cool “Con Air.” Cage plays Cameron Poe, an Army Ranger who goes to prison for manslaughter and has his freedom delayed when fellow inmates take control of their plane.

The people who made “Con Air” knew exactly the right tone to strike; the same goes for the loaded ensemble. Ving Rhames, Danny Trejo, John Cusack, Dave Chappelle, Steve Buscemi, and John Malkovich bring their A-game, but the movie ultimately belongs to Cage. The accent, the bad hair, the protectiveness over the toy bunny. Nobody does it like him. 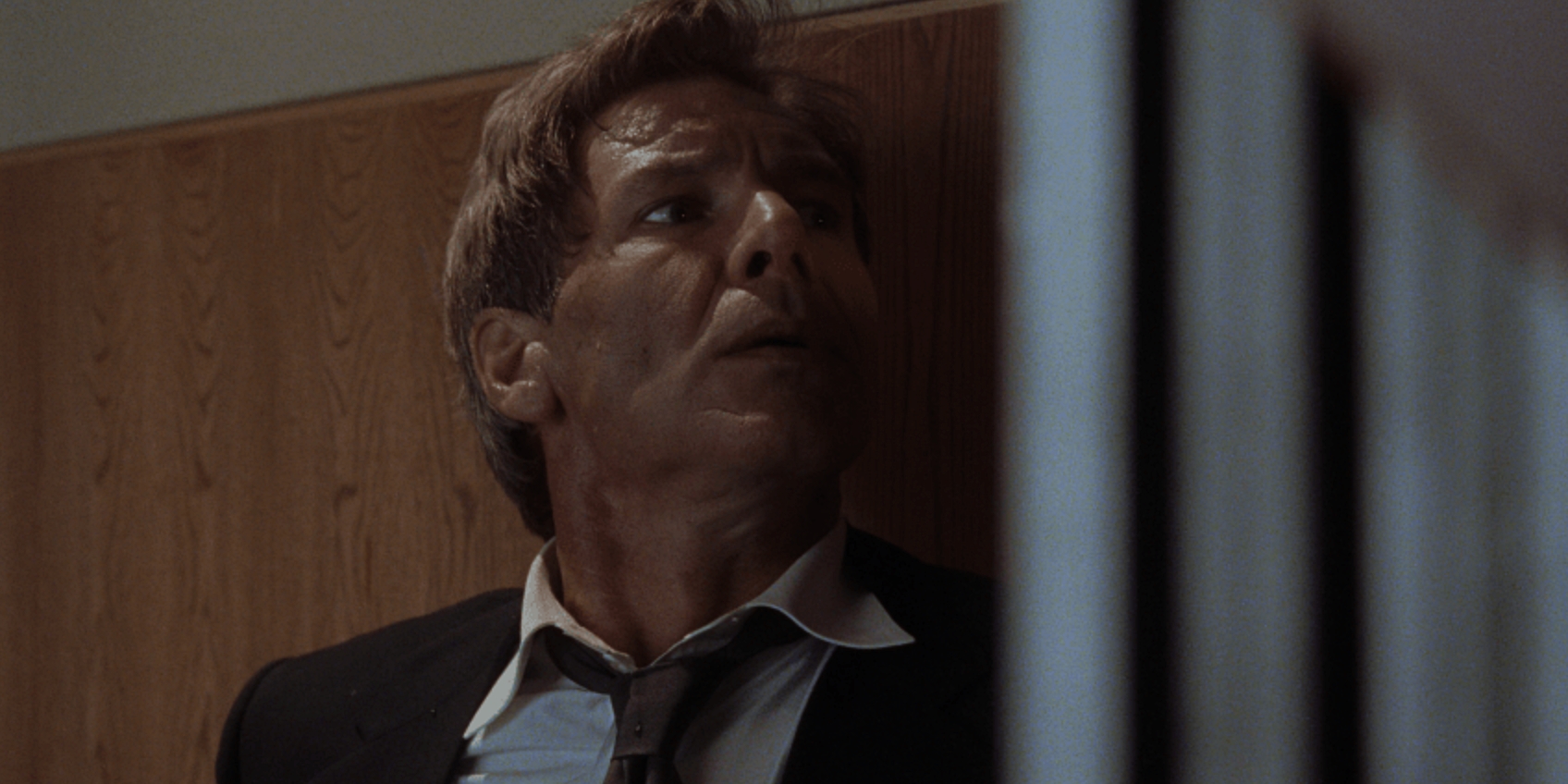 1997 was a good year for airplane action. “Air Force One” inverts the premise of “Con Air” so that the most expendable people in the United States are replaced by the most important person; President James Marshall (Harrison Ford). Air Force One gets taken over by Russian terrorists, and in proper action movie form, only the President evades capture. He then proceeds to pick each of the terrorists off in an attempt to reach his cabinet (and family).

The late, great Wolfgang Petersen knew how to direct crackerjack entertainment, and that’s exactly what he gives us here. Gary Oldman is wonderfully over-the-top as the leader of the terrorists, and Ford gives us his last great action performance, culminating in a one-liner so simple, so awesome that it’s trickled down to people who haven’t even seen the movie: “Get off my plane!” Now that’s a President. 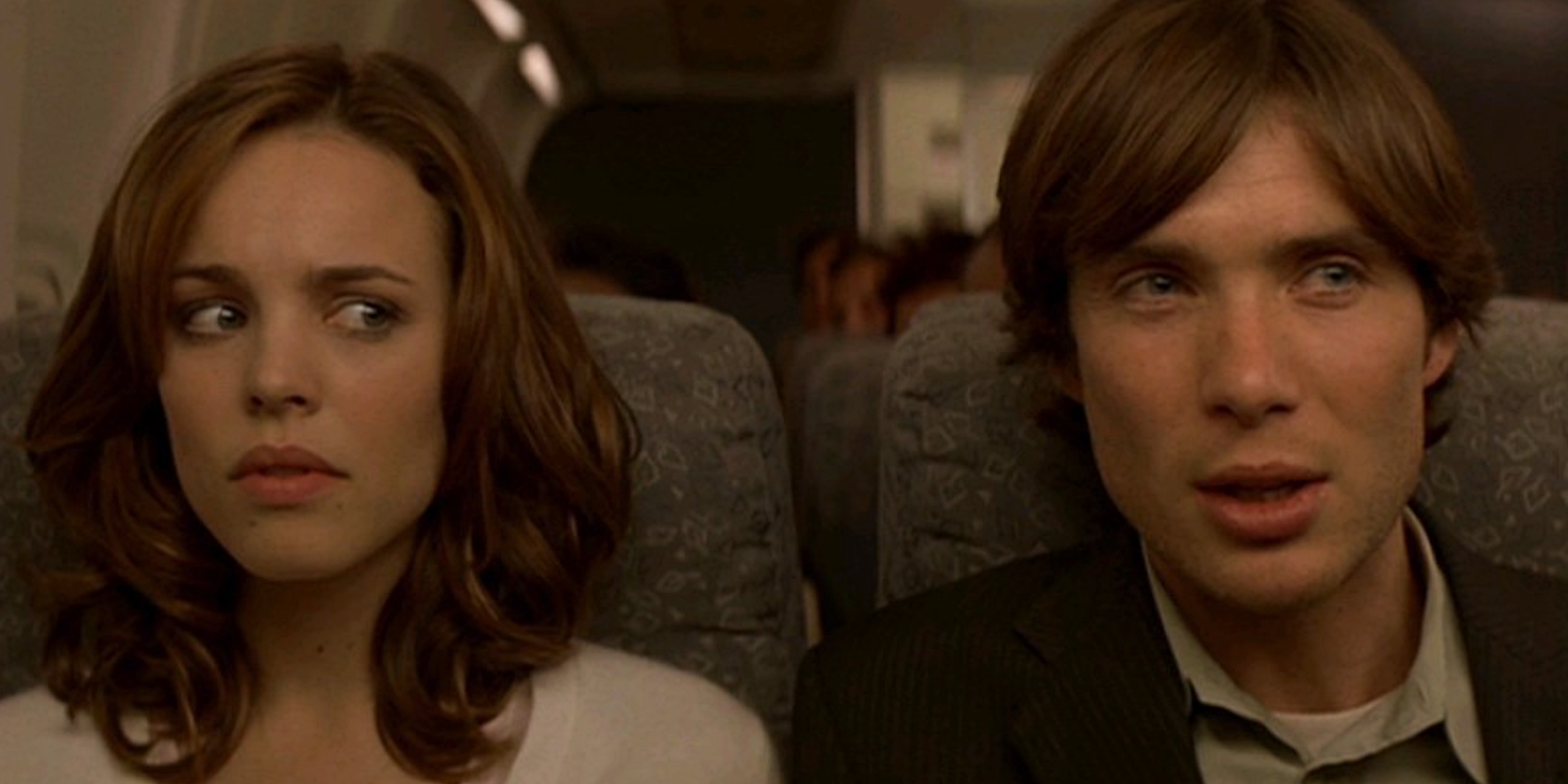 Wes Craven’s name was synonymous with horror, but the man could certainly churn out a stellar thriller when he felt like it. “Red Eye” (2005) is one of the director’s least Craven-like movies, and yet, it’s a testament to his command of pacing, suspense, and performance. Rachel McAdams is Lisa, a hotel manager who hitches a Red Eye home, and Cillian Murphy is Jackson, a charming stranger who turns out to be a hitman. His target? Lisa’s father.

“Red Eye” hasn’t gained much of an online following in the last couple of decades, but those who have can vouch for its quality. McAdams and Murphy have electric chemistry, and the former, in particular, gives one of her most intensely charismatic turns. At a lean 85 minutes, “Red Eye” might be the perfect movie to throw on during a quick flight. 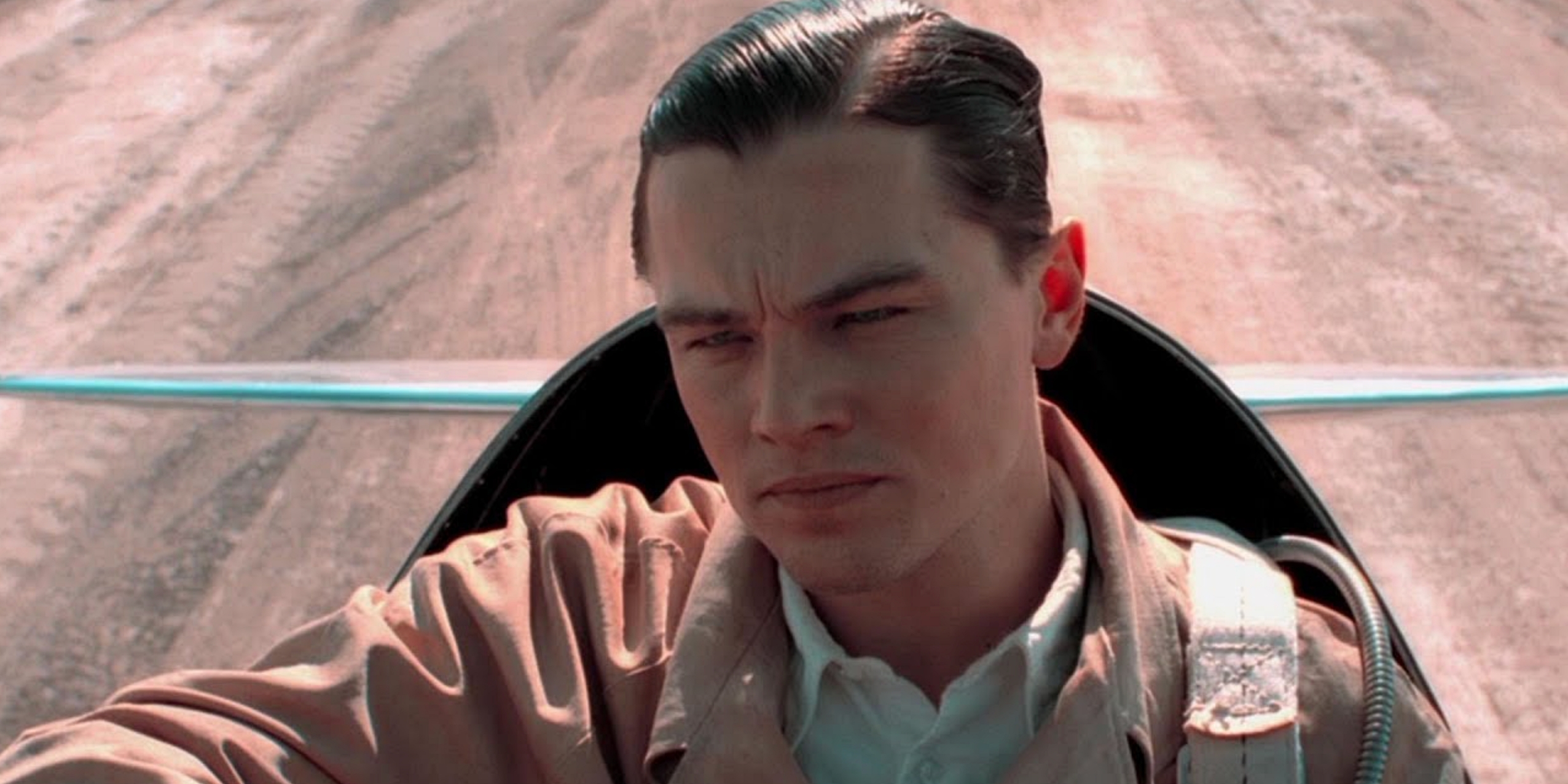 Yes, countless scenes in “The Aviator” take place on land, but it feels like director Martin Scorsese saved the most revelatory ones for the skies. The flying lesson between Howard Hughes (Leonardo DiCaprio) and Katherine Hepburn (Cate Blanchett) culminates sweetly, with the OCD-ridden Hughes deciding to share his milk bottle. In the Beverly Hills crash, Hughes suffers a bruised ego and a battered body, which would drive him further into seclusion.

Then, of course, there’s the climactic flight of the Spruce Goose, which was the largest flying boat ever built and something of a last hurrah for Hughes before his compulsions got the best of him. It’s telling that a life as varied and successful as Hughes’s would be characterized by flight, right down to the title, so there was no way we could ignore it.

It’s often lamented that there aren’t movie stars like Cary Grant or filmmakers like Billy Wilder in modern-day Hollywood. Artists like them are hard to come by. Still, for a brief, singular release, George Clooney and Jason Reitman harnessed their talents and managed some damn impressive Grant and Wilder impressions, respectively.

“Up In the Air” is a descendant of Wilder’s “The Apartment” (1960), which is to say that it evokes the same workplace melancholy. Clooney plays a corporate downsizer who spends his life on planes and starts to question whether he’s wasting the time he still has left. There are some harrowing moments and some hilarious ones as he tries to reignite his internal spark, and Reitman (who co-wrote the script with Sheldon Turner) threads this needle in a way that few directors have managed since. 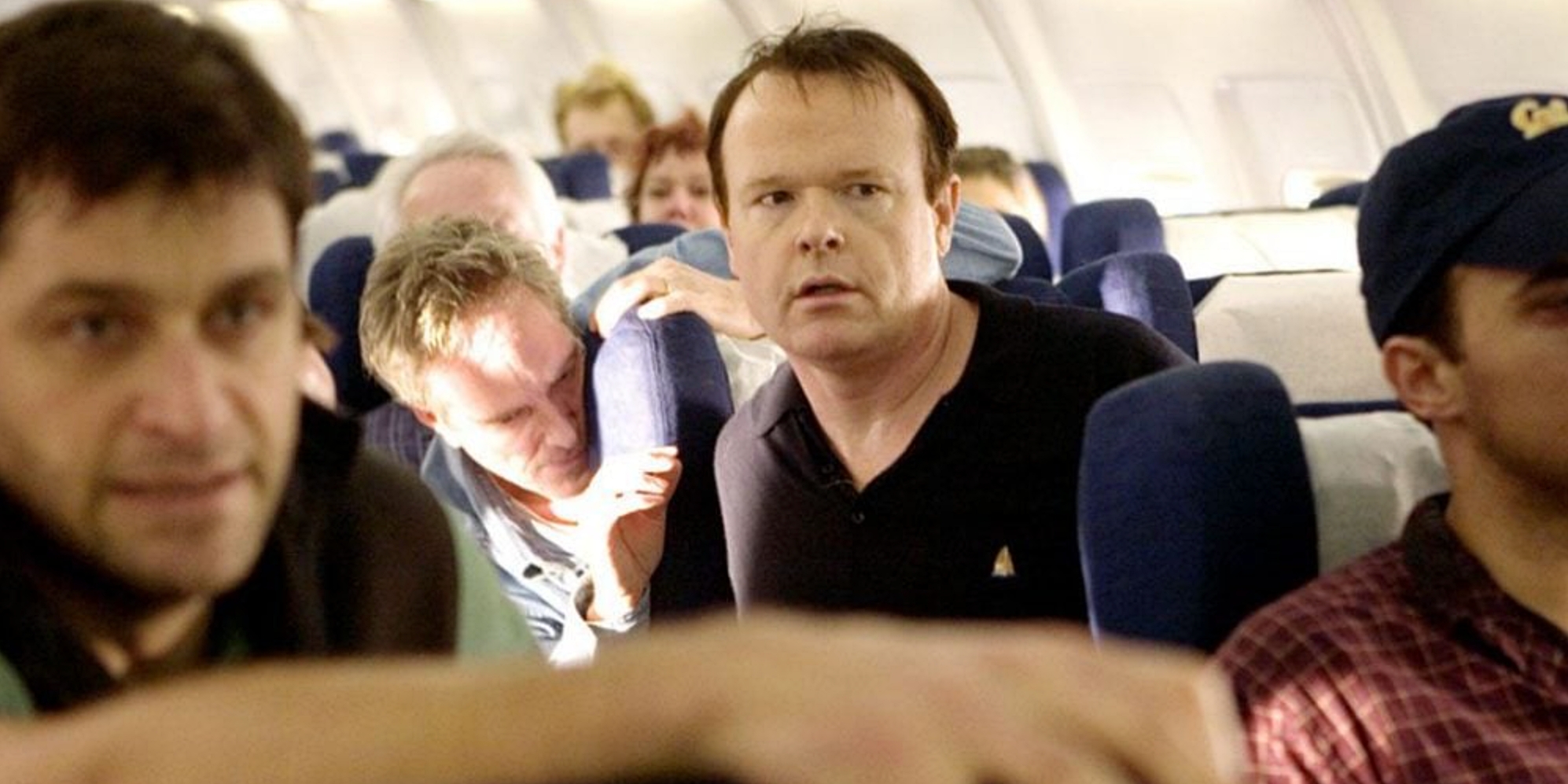 “United 93” is a sobering account of the flight that went down on September 11th, 2001. Terrorists attempted to hijack the flight mid-air, but the passengers banded together and managed to keep it from hitting its intended target. It was the only plane not to do so. Needless to say, a topic like this requires a delicate yet steady hand, and that’s exactly what director Paul Greengrass provides.

He manages to cast the events of the standoff, some of which were fictionalized due to a lack of information, in a respectful and riveting manner. We all know how the story is going to end, but we get so caught up in the power struggle and the inspiring realization that complete strangers came together to defend a greater good that we get caught up in the drama all over again. Difficult viewing, but expertly done. 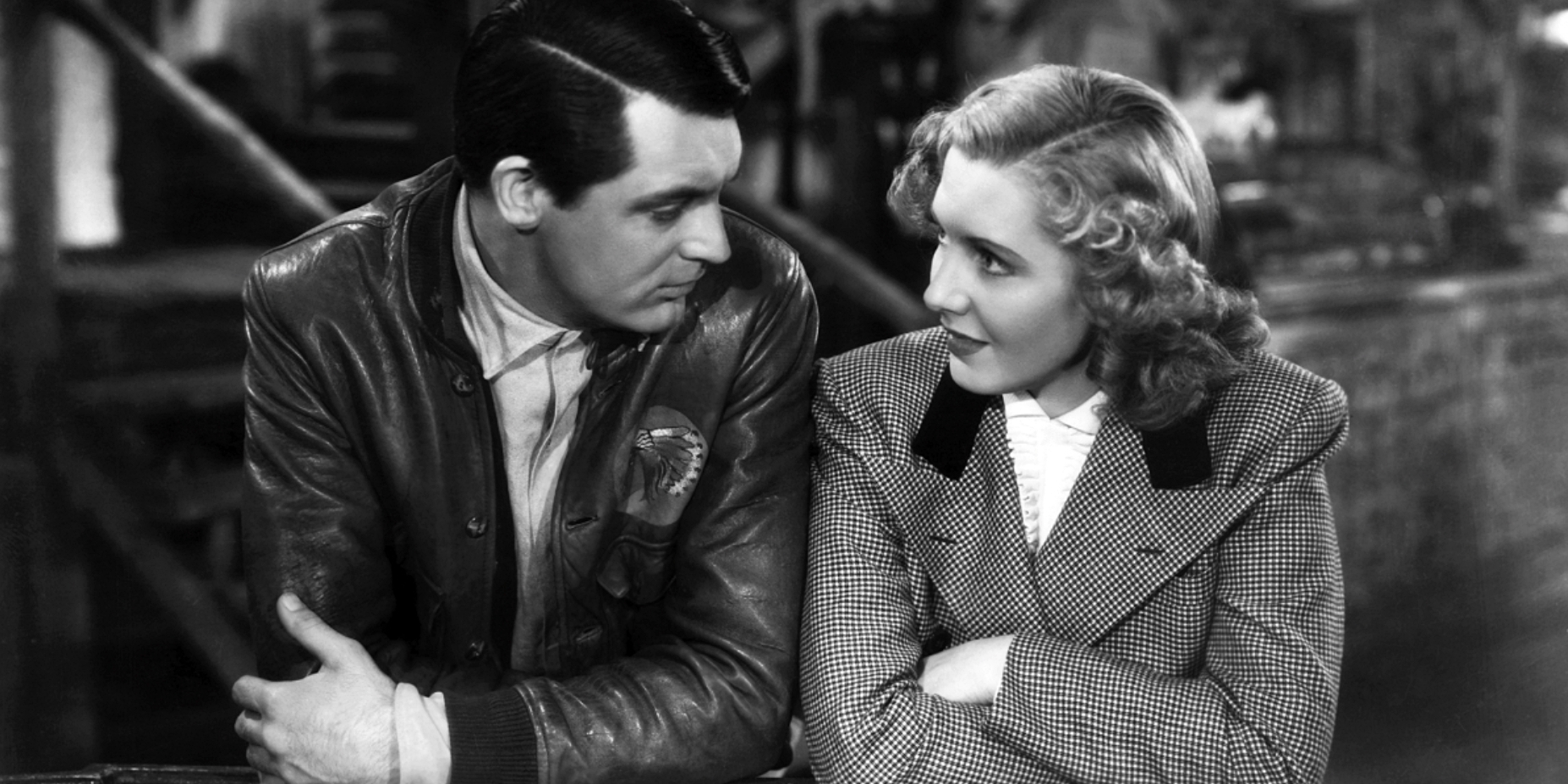 There was mention of Cary Grant a few entries back, and we’d be remiss if we didn’t include the actor’s own contribution to the airplane canon: “Only Angels Have Wings.” Grant plays the manager of a small air freight company, and the struggle to keep things running smoothly pales in comparison to the love triangle he falls into with a newly-arrived piano player (Jean Arthur) and an old flame (Rita Hayworth).

Howard Hawks has been so praised and emulated by this point that praising him for his terse dialogue (see: Hawksian) and set pieces would be redundant. What we will say is that he’s so good at executing these various strengths that his movies are still better than those of his emulators. “Only Angels Have Wings” doesn’t bear the iconography of Hawks’ most famous works, but don’t be fooled: It’s everything you could want in a movie. 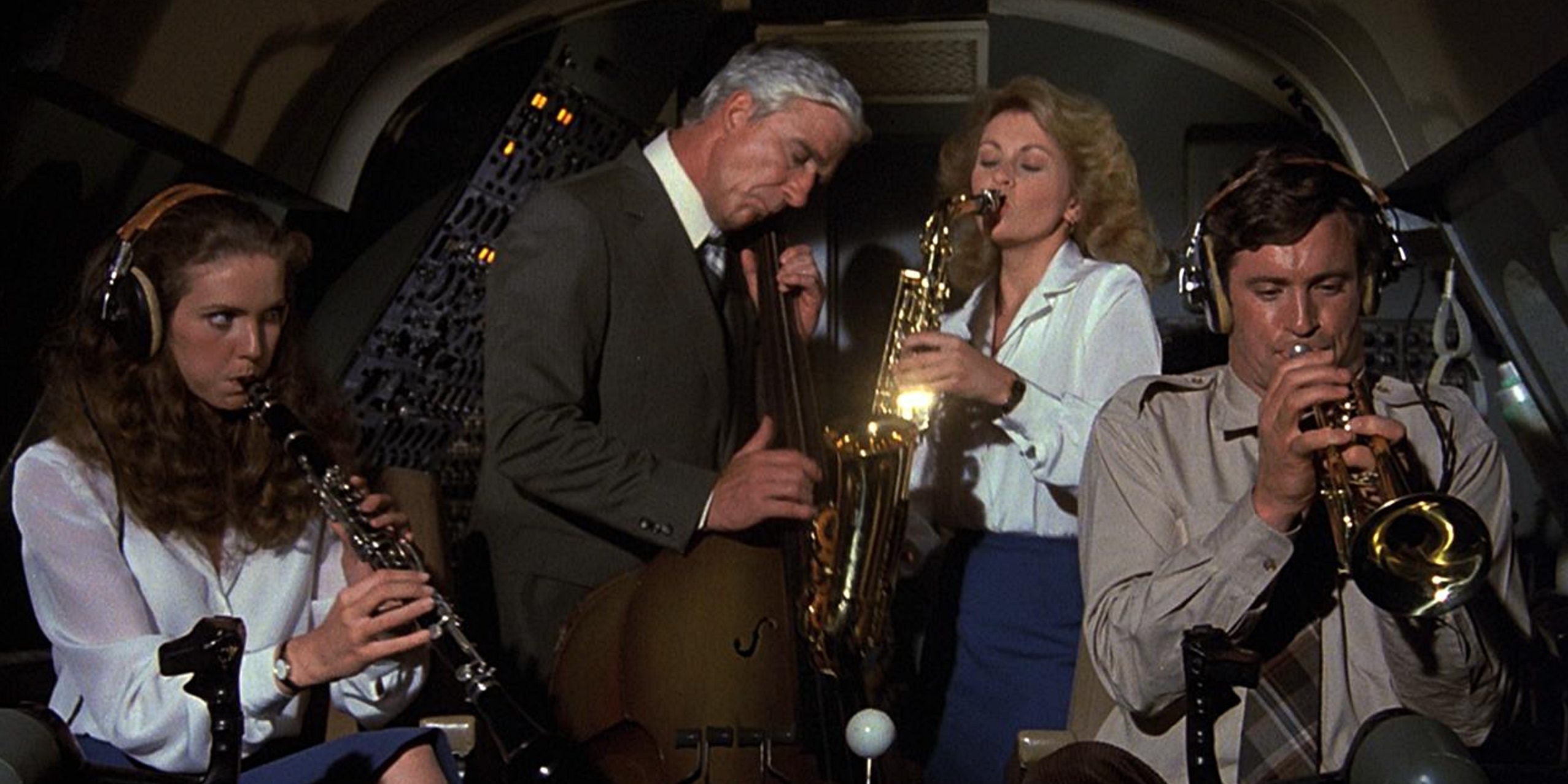 How could we make a list of airplane movies and not put the one called “Airplane!” at the top? The groundbreaking parody of the “Airport” series made stars out of its three directors: Jim Abrahams, Jerry Zucker, and David Zucker, and popularized a form of comedy that hadn’t really existed on the big screen up to that point. It also transformed Leslie Nielsen from a journeyman dramatist to a movie star for the next decade to come.

Now, all these influential notes on the movie are important, but they would be less so if “Airplane!” wasn’t still one of the funniest comedies of all time. A shockingly high number of the jokes hold up, and the ones that don’t are less a matter of taste and more of reference points. You’d be hard-pressed to find a comedy as quotable as this one, and for that reason, we are giving it the top spot among all the others that have been mentioned.

What do you think of our list? What is your favorite airplane movie? Have you seen “Plane” yet? If so, what did you think? Please let us know your thoughts in the comments section below or on our Twitter account.