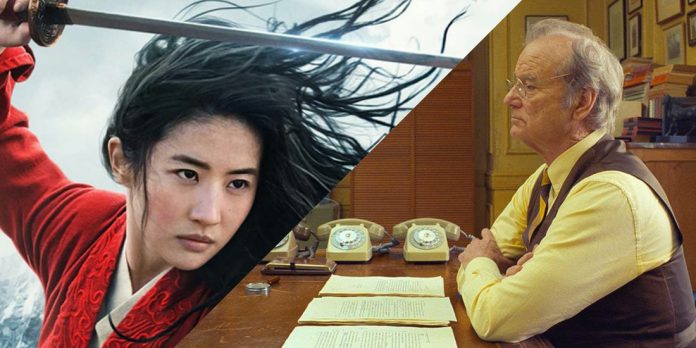 In the wake of Warner Bros. pushing back the release of “Tenet” indefinitely, Disney has followed suit with their summer blockbuster “Mulan.” The live-action remake of the 1998 film was originally supposed to be released in late March, but was then pushed back to July 24 due to the COVID-19 pandemic. Its fate is currently unknown, as it could be added to Disney’s streaming service Disney+.

As reported by THR, a Disney spokesperson said, “Over the last few months, it’s become clear that nothing can be set in stone when it comes to how we release films during this global health crisis, and today that means pausing our release plans for ‘Mulan’ as we assess how we can most effectively bring this film to audiences around the world.”

Disney has made other changes to its release schedule. “Avatar 2” has been moved from December 2021 to December 2022, and a personal statement from James Cameron on the matter can be found here. Additionally, the newest “Star Wars” film has been pushed back a year.

Wes Anderson’s highly-awaited “The French Dispatch” has also been delayed indefinitely which creates a disruption for the 2020-2021 awards season unless Disney later commits to a qualifying run. “Death on the Nile” has shifted two weeks to October 23rd, 2020 which keeps it in the race along with “The Personal History Of David Copperfield” which also only moved two weeks to August 28th, 2020. However, “Antlers” is now slated for February 19th, 2021, while Ridley Scott’s “The Last Duel” has been pushed back a whole year to October 15th, 2021, pushing it firmly out of the 2020-2021 awards season.

Interestingly enough, an untitled live action film from Disney is now taking “Avatar 2’s” release date of December 17, 2021. A full list of the notable changes can be found here.

What do you think of Disney’s new release schedule? What do you think the company should do with “Mulan” or “The French Dispatch?” What will this mean for awards season? Let us know in the comments section below or on our Twitter account.