“CODA” And The Art Of Letting Go 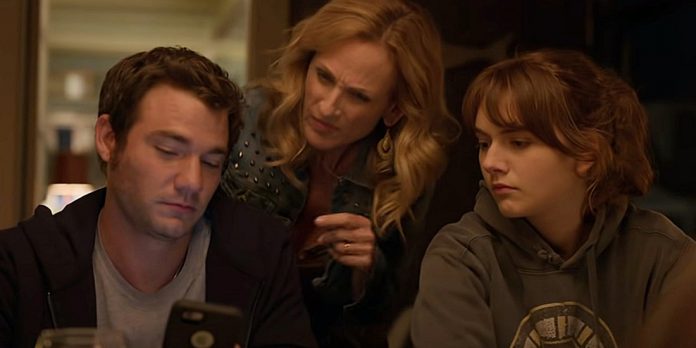 Growing up is hard. It is one of the first major transformative times in one’s life. From graduating high school to figuring out your next steps, a lot of change happens in a once steady and predictable life. All this variation is the perfect setting for a story. It is no wonder why the coming-of-age genre, which usually follows a high school senior towards the end of the school year, is so popular. This time is prone to drama and conflict – the perfect blend for a film – and most in the genre center on the young individual and the first big choice they must make by the time the end credits roll. In reality, this is just as transformative a time for young adults as it is for the family surrounding them. The latest coming-of-age story is “CODA,” the Sundance Grand Jury Prize Winner released on Apple TV+. It follows Ruby (Emilia Jones), a high school senior who is the only hearing member of her family. In addition to being a delightful addition to the genre, the film tackles this journey not just with Ruby but with her entire family, especially her parents.

The film centers around Ruby, the CODA (‘Child of Deaf Adults’) of Jacki (Marlee Matin) and Troy (Frank Kotsur). Her older brother Leo (Daniel Durant) is also deaf, making Ruby the only hearing individual in her family. In addition to attending school, she works with her father and brother on the family fishing boat and is often an interpreter for them. As a CODA, Ruby lives in both the hearing and Deaf worlds and constantly fluctuates between the two. But one day, Ruby decides to join the school choir, and it turns out she has a natural gift for singing. With the help and mentorship of her teacher Bernardo (Eugenio Derbez), Ruby decides she wants to audition for college and pursue singing, which would mean she would have to leave her family.

In addition to showcasing an authentic portrayal of the Deaf community, with Deaf actors playing Deaf characters – something that should be the norm for representation in film – “CODA” tells a universal story of this transitional time. It isn’t just the 18-year-old figuring out what comes next after high school; it is also about reworking the parent-child relationship as the child matures and grows into an adult. This is especially told within the character arcs of Ruby and her father, Troy.

In one way or another, children are an extension of their parents. The parent(s) expose their children to experiences and ideas that usually lead to a sense of normalcy or even a passion. Troy introduced Ruby to the world of fishing at a young age and included her in every part of the process. In general, the parent guides the child with a little bit of a basis towards what they enjoy, and there is a sense of pride in introducing one’s child to their passion, just as there is when one follows in a parent’s footstep. It’s a bonding experience that allows the parent and child to see the start or continuation of a legacy right in front of their eyes. Ruby, along with her brother, works with Troy on the boat. They catch, gut, and sell their fish as a trio, which is something that must make Troy proud, just like a baseball fanatic teaching his child to hit a ball or a scientist finding out their child loves chemistry. But at some point, the child is ready to find themselves without influence. This is where the invisible line between parent and child gets a little thinner and a little longer than what it has usually been.

In “CODA,” this journey starts when Ruby realizes her passion lies in music and her decision to follow that passion and audition for a college program. Even though she loves her family and doesn’t mind her role in it, she wants more from her life than being an extension of her family name or simply an interpreter. In her small town, Ruby is ‘Ruby Rossi,’ Troy’s daughter. But with music and the potential to go away to college, she will simply be ‘Ruby’ and have to figure out who ‘Ruby’ is without her family. Becoming your own person is a scary journey and requires not only bravery but the love and support of the people who raised you.

Within “CODA,” both Jacki and Troy have a scene that demonstrates this support. Jacki tells Ruby that she always loved that Ruby knew who she was – a tender moment between mother and daughter. But it is the scene with Ruby and Troy that is the most effective and maybe one of the strongest scenes in the film. After Ruby’s concert, she and Troy sit on the back of the family truck, and Troy asks Ruby what her song was about since he couldn’t hear her sing. Ruby describes it, to which Troy then asks her to sing it again for him. She’s hesitant at first but then complies, and Troy puts his hands around her chest and throat to feel Ruby’s vibrations as she sings. It is a beautiful, intimate, and cathartic moment, brilliantly acted by Jones and Kotsur and written and directed by Sian Heder. During this moment, Troy is seeing his daughter as an adult for the first time, meaning he has done his job. He has successfully provided the foundation that allowed Ruby to figure out her passion, and now, she is ready to take the lead. This is the essential job of parenting – providing a healthy and loving environment so a child can figure out their purpose in life and have the courage to pursue it. Both Ruby and Troy realize this during the scene. As they hold onto each other as Ruby sings, it is almost like a reintroduction and a metamorphosis at the same time. A father is watching his child transition into an adult in front of his eyes, and a daughter is letting him in and getting the support and encouragement to start a new journey.

“CODA” is a great coming-of-age film that simultaneously depicts the struggles of holding on to the familiar, the importance of letting go, and the transition of the parent-child relationship as one grows up. Yes, growing up is a stressful and overwhelming experience for everyone, but at the end of the day, it is all channeled through the act of love, which some films in the genre tend to forget. During these teenage years, changes are constantly occurring, and even though the changes may be complex and require some growing pains, it is all done out of love for the person the teenager is growing up to be. This concept is driven forward in “CODA’s” final scene as Ruby drives off to college, looks out the window, and signs “I love you” to her family as she embarks on her new adventure.

Have you seen “CODA” yet? If so, what did you think? Let us know in the comments section below or on our Twitter account.