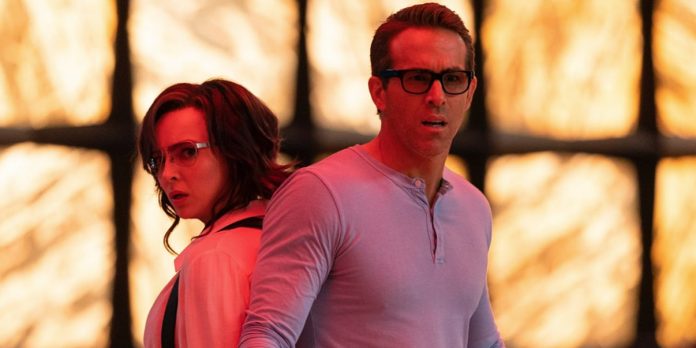 The long-delayed Ryan Reynolds-starring action-comedy “Free Guy” debuted number one at the box office with a very strong $28,400,000. 20th Century Studios announced this week that a sequel is now in development. Coming in at the number 2 spot was “Don’t Breathe 2“, the follow-up to the surprisingly successful original from 2016, with $10,600,000. Word of mouth has not been as kind to the unnecessary sequel and with very little promotion behind it, we don’t expect it will have the same legs as the first film. “Jungle Cruise” went down slightly to the number 3 spot with an even $9,000,000, staying strong in theaters despite its at-home premiere access on Disney Plus. The Aretha Franklin biopic “Respect” debuted at number 4 with $8,806,106. Good word-of-mouth and a decent box office showing could benefit lead actress Jennifer Hudson later on this award’s season. Last week’s number one film, “The Suicide Squad,” went tumbling down to number 5 with only $7,750,000. Perhaps fans are turning to HBOMax at home for their repeat viewings rather than seeing the film again in theaters? M. Night Shyamalan’s “Old” is still hanging in there at the number 6 spot with $2,400,000. Even in its 6th week in theaters, “Black Widow” is still making a dent in the box office coming in  at number 7 with a cool $2,000,000. “Stillwater” and “The Green Knight” are still providing audiences with more mature forms of storytelling taking the number 8 and 9 spots this week with $1,300,000 and $1,163,401, respectively. “Space Jam: A New Legacy” rounds out the top 10 this week with $1,115,000.

This was the first weekend in a long time where sequels and franchise films did not dominate the box office weekend. With news that larger films could potentially be seeing their release dates shift yet again, how do you feel about the current state of the box office? What are you looking forward to in the coming weeks?

Quite a few recent films are heading to physical media this week. The 2021 action-comedy sequel “Hitman’s Wife’s Bodyguard” (starring Ryan Reynolds, Samuel L. Jackson, Salma Hayek, and Morgan Freeman) comes to Blu-ray and 4K UHD this week, along with a 4K Steelbook. We also have the 2021 Danish action thriller “Riders of Justice” with Mads Mikkelsen heading to Blu-ray this week. The critically-acclaimed 2020 documentary “The Truffle Hunters” is being released this week. We also have the 2021 film “The Water Man,” directed by and starring David Oyelowo alongside Rosario Dawson, Lonnie Chavis, and Alfred Molina. The 2021 Shudder original horror film “Stay Out of the Attic” comes to Blu-ray this week. Shout Factory is releasing two recent films on Blu-ray this week with “Fast Vengeance,” the 2021 action film featuring the late DMX, and “The Rebels of PT-218”, the 2021 WWII film starring Eric Roberts, Danny Trejo, and William Baldwin. As far as older films, this week sees the release of the 35th Anniversary Edition of “Labyrinth” on 4K. The 1986 fantasy film was directed by Jim Henson and starred David Bowie and Jennifer Connelly. From the Warner Archive Collection, we have the 1941 film “Shadow of the Thin Man,” the fourth film in the series starring William Powell and Myrna Loy, along with “In the Good Old Summertime,” the 1949 musical starring Judy Garland and Van Johnson. Finally, from the Criterion Collection, we have “Original Cast Album: ‘Company,'” D.A. Pennebaker’s 1970 documentary about the soundtrack recording session for Stephen Sondheim’s landmark 1970 Broadway musical “Company.” ​