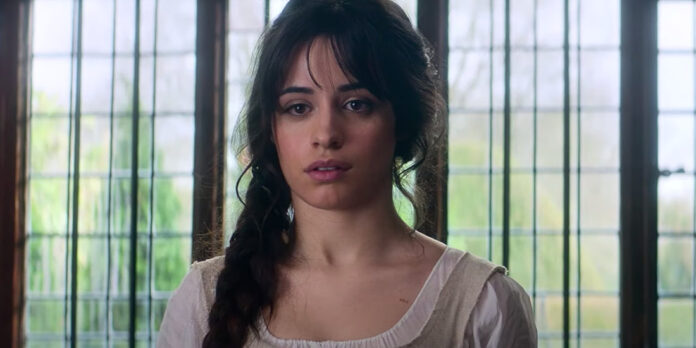 THE STORY – A modern movie musical with a bold take on the classic fairy tale. Our ambitious heroine has big dreams and with the help of her fab Godmother, she perseveres to make them come true.

​​The story of Charles Perrault’s “Cinderella” has been told on film dozens of times, from Disney’s animated “Cinderella” to “Ever After” starring Drew Barrymore to “Another Cinderella Story” with Selena Gomez. Kenneth Branagh’s 2015 “Cinderella” is still arguably the best of the Disney live-action remakes. The tale of this girl who, despite facing tragedy and harsh treatment from others, continues to face the world with optimism and kindness is one that has resonated with people throughout time. Unfortunately, this new version of “Cinderella” fails to live up to the other iterations of her story.

Written and directed by Kay Cannon, this “Cinderella” is clearly made for a contemporary audience, with a more modern design approach, dance style, and music. But it’s the story, which James Corden is credited with, that feels like the most blatant attempt to update it. This version of Ella dreams of being a businesswoman in a world where women aren’t allowed to work, and she is willing to risk anything, even a budding romance, to achieve her dreams.

Ella (Camila Cabello) lives with her stepmother (Idina Menzel) and stepsisters but dreams of opening her own dress shop. Elsewhere in the kingdom, Prince Robert (Nicholas Galitzine) wants to marry for love, but his stern father, King Rowan (Pierce Brosnan), is determined to see him pick a good match and settle down to rule the country. The prince is closer to his mother, Queen Beatrice (Minnie Driver), and it’s his little sister Gwen (Tallulah Greive) who has ambitions of ruling the country. When the prince and Ella meet, sparks fly, and she’s convinced that he could help her achieve her business dreams. But it seems that Ella may have to choose between love and getting what she’s always wanted.

The movie certainly has its fun sequences, and its bright, eye-popping design will likely entertain younger viewers. However, it feels like the epitome of girl boss feminism as it hammers some of its themes home a bit too hard. Ella’s stepmother Vivian is obsessed with finding husbands for all three of her daughters, including Ella, and tells her, “Every girl is worth more when she smiles.” While the film certainly tries to tap into the difficulties that women still face today finding their way in a patriarchal society, it takes it so far that it feels utterly devoid of any reality.

Cabello gives the sort of performance that one might expect from a pop singer turned actress, though the music seems chosen to fit with what she usually sings. She has decent chemistry with Galitzine, who also has a serviceable voice for this music. Neither character is very well developed, and both seem fairly one-note for most of the film.

It’s the supporting cast that really shines and elevates the material. Driver and Brosnan are charming as the Queen and King and the very self-aware jokes about the King not being able to sing well are particularly funny for anyone familiar with Brosnan’s performances in the “Mamma Mia” films (The man certainly can’t sing, but there’s something very endearing about watching him try). Billy Porter plays the fairy godmother character, called Fab G, who was written to be gender blind. Having Porter in the role is a good example of one of the film’s best qualities: its diversity in casting. For anyone familiar with Porter’s Broadway work, this feels reminiscent of his performance in “Kinky Boots.” But it’s Idina Menzel who continually steals the show as Vivian, Ella’s surprisingly less-terrible-than-usual stepmother. Vivian is perhaps the most complicated character in the story, as she treats Ella poorly but also seems to care about her. She even has her own sad backstory, making her seem less wicked than in other versions. More time should have been dedicated to the intricacies of this character, as it is difficult to grasp who she fully was.

The film is a jukebox musical, similar to “Moulin Rouge,” with a mix of pop songs and originals. It utilizes everything from Queen’s “Somebody to Love” to Ed Sheeran’s “Perfect.” Unfortunately, the mix of songs never entirely comes together coherently and often takes the viewer out of the story. However, Menzel singing “Material Girl” is undoubtedly a highlight. The focus is taken away from Ella’s kindness and her ability to stay soft in a world determined to make her hard and bitter, and instead, she’s made into a modernized girl boss whose kindness feels almost out of place when it does peak through.

In many ways, “Cinderella” has the feel of a Disney Channel Original Movie more so than a proper movie musical (no offense meant to Kenny Ortega). It is enjoyable in sections and tries its best to reinvent an age-old tale, but it goes so far that it loses some of the magic of what makes the story of Cinderella special. Plus, it spawned that video of James Corden dancing in a rat suit at a stoplight, which will forever be an unforgivable offense.