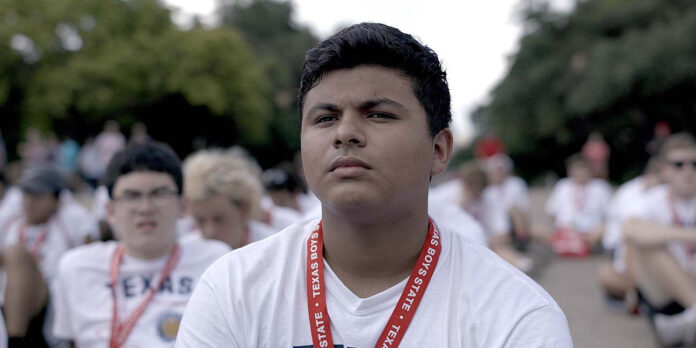 ​​The key to a great documentary doesn’t always lie with its filmmaking. It can be an important element that determines the effectiveness of the storytelling, but more often than not, what really resonates is the people in the story. The examination of their lives and conflicts can be just as compelling as if an audience were watching fictional characters in an entirely invented scenario. When these situations rooted in reality become just as riveting as narrative features, that’s a truly magical situation that a documentary can manifest. It’s wholly unique to the medium and is fascinating to watch. “Boys State” is another fine example of an incredibly interesting story that showcases intriguing personalities that keep you engaged throughout.

The subject of the film is on the competition that encourages youth all across the country to become politically engaged in the process of participating in elections. Every state invites a group of young people, separated by gender, to organize and campaign for multiple political offices that result in primary and general elections within the group. The highest level of office in this competition is for governor – the race with the greater focus. This is often seen as a great experience for young leaders to develop into future politicians, as many will come to know the sly techniques, both good and bad, that are necessary to win. The focus here is on Texas, and we see the two opposing parties indulge in similar tactics that will become the bedrock principles of political campaigning played out amongst a sea of angsty teenage boys.

At the heart of this story is a fascinating and engaging portrait of how the psyche of American politicians is formed at such an early stage. Directors Jesse Moss and Amanda McBaine manage to create a sense of intimacy with these young men and explore their philosophies in a genuine way that also doesn’t feel exploitative or condescending. Since the location is in Texas, the political spectrum may not seem quite as wide, but there’s a diverse landscape that utilizes all the familiar tools that older politicians employ. What’s presented is a mock trial of sorts, but one that only showcases a microcosm of what happens on a larger scale with far grander consequences.

However, that showcase doesn’t lose the genuine connections for the people involved. It’s very easy to look at the groups on either side of these mock elections and reduce them down to simplistic terms of liberal and conservative. To an extent, that’s true, and for as many attempts, there are to remain balanced, there are often subtle gestures within the storytelling that suggest a favor to one side over the other. Still, there’s a legitimate attempt to present these young men as authentically fighting for their positions, or at least fighting to be the most politically savvy person to gain enough clout to win an election. The film never shies away from the dirty tricks and mudslinging, but even seeing those tactics play out against a group of teenage boys makes it more compelling when faced with such striking similarities in the real world.

As compelling as the subject matter and the persons involved in this story are, the film isn’t perfect. It does have moments where it meanders into tangents that don’t really have an impact on the larger narrative and that ends up slowing down the momentum within a much more interesting story. Also, while many of the participants get deep profiles into their backgrounds regarding what got them politically motivated, others are frustratingly opaque when their own narratives would seem just as important. However, none of this detracts too much away from the heart of this piece, which reaches a highly emotional conclusion that shows how transformational the cynicism and optimism of political leadership can reach out to individuals.

While this film does suffer on occasion from stalled momentum within the story, and a shallow exploration of some of its sidelined players, it remains an engaging look at how politics unfolds. Its perspective is keenly intimate, yet at the same time, provides a commentary about the vast intricacies of the political landscape that reaches into areas with far dire consequences. The stories here are always engaging, and the genuine emotional resonance throughout makes these explorations even more pleasing. This makes a case for one of the best documentaries of the year, and one that should certainly be sought out.