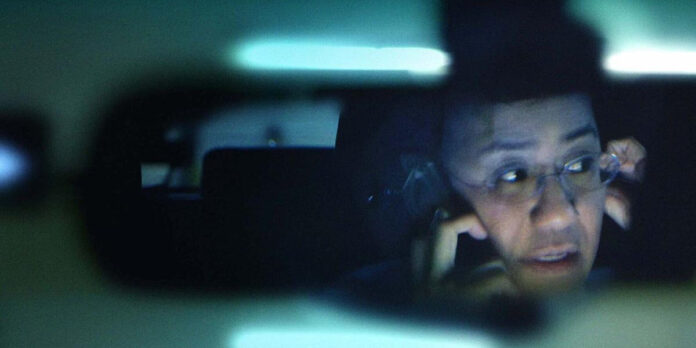 THE STORY – Journalist Maria Ressa risks her life and freedom as an outspoken critic of Filipino President Rodrigo Duterte’s war on drugs.

​​​Start with a political outsider running as a presidential candidate on a platform of draconian policies used against the poor and minorities; then hire an attractive media figure as your press secretary and dismiss the reporters on your presidential beat as “fake news;” appoint your loved ones into governmental positions where all the money they make stays within the family; finally, add just a touch of vulgar macho swagger. What have you got? Not what you think. Welcome to the Philippines.

Filipino-American director Ramona S. Diaz’s latest film, “A Thousand Cuts,” begins as a powerful look at the regime of Philippine President Rodrigo Duterte who was elected in 2016 by vowing to kill any drug dealer or user – and he wasn’t kidding. Within hours of taking office, bullet-riddled bodies began to pile up in the nation’s streets, but Duterte was just getting started. Next, he turned his deadly focus on what he saw as his only impediment to complete control: the media.

Primary among the many thorns in Duterte’s side is the online news website Rappler, founded and operated by journalist Maria Ressa – through whose eyes Diaz tells her story. Ressa – whose dogged efforts to protect freedom of the press led to her co-sharing TIME Magazine’s “Person of the Year” title in 2018 – leads her staff on the front lines to ask the tough questions that clearly make the aspiring dictator and his henchmen uncomfortable. Duterte, whose tolerance for dissent is shown to be minuscule, retaliates by placing Ressa under arrest, which only lends her crusade more credibility and raises the profile of the resistance.

Although Diaz certainly has a defined point of view, “A Thousand Cuts” is not a one-sided polemic as she devotes considerable screen time to two of Duterte’s closest allies, each of whom is running for a Senate seat. Mocha Uson, who runs Duterte’s communications arm, became famous as the lead singer of the Spice Girls-like, Mocha Girls, a gig she returns to now and then in support of the President and her own campaign. Meanwhile, Duterte’s right-hand strongman, Gen. Ronald “Bato” dela Rosa, who after threatening assassination of all drug users, serenades the crowd with his performance of John Legend’s “All of Me.” These two characters come off as entertaining sideshows, yet their lengthy screen time takes away from Ressa’s gripping story.

Diaz was granted remarkable access behind the scenes of Ressa’s fight for democracy, creating an insider’s look which allows us to see past the journalist’s formidable game face to reveal her moments of vulnerability, with which anyone can empathize. The fight in the Philippines is still ongoing, but one hopes that Ressa’s resolve (and Diaz’s film) can help to contribute to a country where democracy can be allowed to thrive once again.