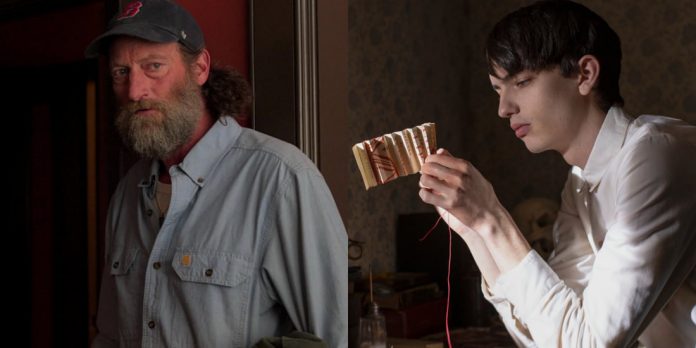 By Robert Dougherty
​
All of the intrigue for the acting races at the Oscars is on Best Actress, due to its own massive chaos and the distinct lack of chaos in Best Actor and Best Supporting Actress. Somewhere in between is Best Supporting Actor, although that will change on March 13th if either Troy Kotsur (“CODA“) or Kodi Smit-McPhee (“The Power Of The Dog“) wins at both the Critics Choice Awards and BAFTA that day. In particular, Kotsur winning both after taking SAG will surely all but wrap up the race for him then and there. But if there’s a split that day, the Best Supporting Actor field will be something it hasn’t been in six years on Oscar night – undecided at the wire.

In fact, it has been quite rare in this era for Best Supporting Actor to have any shred of doubt left at the very end. Going back to 2007, when Javier Bardem, Heath Ledger, and Christoph Waltz overwhelmed their Best Supporting Actor fields as instantly iconic villains, this category has really only been undecided before Oscar night twice in the last fifteen years.
The last was in 2015 when Mark Rylance (“Bridge of Spies”) came from behind at the last possible moment to spoil Sylvester Stallone’s comeback for “Creed.” Before that happened, most people that night had little doubt Stallone would win, even with Rylance’s victory at BAFTA and an Oscar-snubbed Idris Elba (“Beasts Of No Nation”) winning SAG. Neither Stallone nor Rylance was considered a virtual or actual lock when the envelope was read, unlike the Supporting Actor winners that followed.

Since Rylance’s upset, Best Supporting Actor has gone down in a pretty orderly fashion. In 2016, Mahershala Ali didn’t sweep for “Moonlight,” thanks to Aaron Taylor-Johnson’s surprise Golden Globe win for “Nocturnal Animals” and Dev Patel’s BAFTA victory for “Lion.” Even so, Ali’s SAG and Critics Choice wins, and the overall momentum for “Moonlight” made his victory an inevitable stepping stone towards a far more shocking win at the end of the night for Barry Jenkins’ film.

2017 was a two-person race the whole way through, between Sam Rockwell for “Three Billboards Outside Ebbing, Missouri” and Willem Dafoe for “The Florida Project.” Yet while Dafoe won a majority of critic awards over Rockwell, the industry came out unanimously in favor of Rockwell, even as Film Twitter went to war over his movie and character. Nevertheless, SAG, the Golden Globes, Critics Choice, BAFTA, and the Oscars all decisively went to Rockwell.

2018 went the same way, as Richard E. Grant won most of the critic awards for “Can You Ever Forgive Me?” only to get shut out by the industry. Unlike in 2016, Ali did complete a clean sweep for Best Supporting Actor, only this time not everyone from Film Twitter and the Internet was cheering for it. Like in 2016, Ali’s lopsided Best Supporting Actor win paved the way for his movie to win Best Picture as well, even if “Green Book” wasn’t as celebrated for it outside the Academy.

2019 and 2020’s Supporting Actor races didn’t impact Best Picture, but they were total sweeps once again. Brad Pitt locked up Best Supporting Actor pretty early in 2019 for “Once Upon A Time…In Hollywood,” yet Daniel Kaluuya wound up being the last contender screened for “Judas and the Black Messiah” in 2020. When it finally came out, Kaluuya’s late start didn’t matter, as he swept pretty much every single critic and industry award from the moment he was eligible.

While Best Supporting Actor has had blowout winners since 2015, it isn’t as if there weren’t a lot of them before that year. J.K. Simmons dominated in 2014 for “Whiplash” with both the critics and industry after Jared Leto won every industry award he was nominated for in 2013 with “Dallas Buyers Club.” Those two predictable winners helped balance out the chaos of 2012 – the other most recent example of an actual mild surprise in Supporting Actor.

Unlike when he won in 2009, Christoph Waltz’s second Supporting Actor win in a Quentin Tarantino film for “Django Unchained” wasn’t overwhelming, if only because he didn’t even get nominated at SAG. Yet after winning the Golden Globe and BAFTA, Waltz became the very rare Oscar winner without a SAG nomination, which Ciarán Hinds, Jesse Plemons, and J.K. Simmonds are all trying to achieve this year in Best Supporting Actor. Waltz’s victory also brought order to a reasonably split race, after Tommy Lee Jones won the SAG Award for “Lincoln” and Philip Seymour Hoffman won the Critics Choice Award for “The Master.”

Before that, Christopher Plummer swept in 2011 for “Beginners,” and Christian Bale only lost BAFTA to Geoffrey Rush (“The King’s Speech”) while winning everything else in 2010 for “The Fighter.” Add that to Bardem, Ledger, and Waltz’s sadistic trio of sweepers from 2007 to 2009, and it completes the pattern of Best Supporting Actor being a largely suspense-free race these last 15 years.

This year, that pattern looked ready to hold again on behalf of Smit-McPhee, as the young “The Power Of The Dog” star virtually swept the critics’ awards and then took the Golden Globe as well. With a victory at SAG, there would have been no doubt left that Smit-McPhee would likely sweep the industry season like many before him, which would help “The Power Of The Dog” get closer to wrapping up a Best Picture win as well. But instead, SAG changed the race by choosing Kotsur for “CODA,” even if it didn’t change the possibility of another Best Supporting Actor sweep.

Now it is Kotsur’s turn to look like a possible Best Supporting Actor frontrunner, especially as “CODA” tries to pull off one of the most unlikely Best Picture rallies of all time. Like Rockwell in 2017 and Ali in 2018, Kotsur may very well be the industry’s choice for a far more industry-friendly performance and character than that of the critic awards’ favorite. If the Critics Choice voters see those same tea leaves and vote for Kotsur on March 13th, and especially if BAFTA favors him hours earlier, that should make him the new heavy favorite two weeks later for the Oscar. On the other hand, since Smit-McPhee was the most prominent individual winner of all actors this season and since “The Power Of The Dog” is still the solid Best Picture favorite, his window isn’t closed yet. In fact, if he takes both BAFTA and the Critics Choice, he will be right back in line to pull off a near-sweep of the season. Depending on how “The Power Of The Dog” fares overall in both of those shows, it could win big enough for Smit-McPhee to ride its coattails and restore order his way.

But for this race to truly go down to the wire, as no Supporting Actor category has in this era, Kotsur and Smit-McPhee would have to split Critics Choice and BAFTA on the same day. It might be unlikely if Kotsur and “CODA” are still peaking or if “The Power Of The Dog” is still a heavy enough Best Picture favorite to lift Smit-McPhee back up. Yet a split is far from improbable and would leave Kotsur and Smit-McPhee with two major wins each going into Oscar night – making the race a 50-50 coin flip that not even Best Actress could match as far as suspense goes. Depending on “The Power Of The Dog’s” Best Picture status after the guilds, and whether “CODA” is truly strong enough to contend for Best Picture, Best Supporting Actor, and Best Adapted Screenplay with no other Oscar nominations, Best Supporting Actor could become a close and crucial category right out of the gate. After all the chaos in Best Actress, the early confusion in Best Supporting Actress, and the temporary suspense in Best Actor before Will Smith restored order, it would be surprising if Best Supporting Actor turned out to have the most significant impact of the night.

But before one gets carried away, one only has to look at the last fifteen years of Oscar history to get some perspective. Since Alan Arkin (“Little Miss Sunshine”) stunned Eddie Murphy (“Dreamgirls”) at the end of the 2006 Best Supporting Actor race, only Waltz in 2012 and Rylance in 2015 haven’t had Best Supporting Actor wrapped up well before the envelope was read. And if either Kotsur or Smit-McPhee is the only Best Supporting Actor winner on March 13th’s CCA/BAFTA doubleheader, the sweeper that day should have their name halfway engraved on the Oscar well before the big night two Sundays later. All signs after SAG point to Kotsur building momentum on the industry circuit to the finish, like Rockwell, Ali, and other more industry-friendly late favorites before him. But all it would take is just one loss to Smit-McPhee, whether at the Critics Choice or BAFTA, to leave the door open a little while longer. Kotsur might still win regardless, yet a pre-Oscar split will hardly make it the sure thing it could have been. To those rooting for any level of chaos and suspense in the major Oscar categories, outside of Best Actress, this would be the ideal outcome to root for. Yet when it comes to Best Supporting Actor and its lack of suspense in this era, it would be an especially rare outcome.

Who do you think is winning Best Supporting Actor at the Oscars? How do you see Critics Choice and BAFTA going this Sunday? Check out the NBP team’s current Oscar predictions here and let us know your thoughts in the comments section below or on our Twitter account.