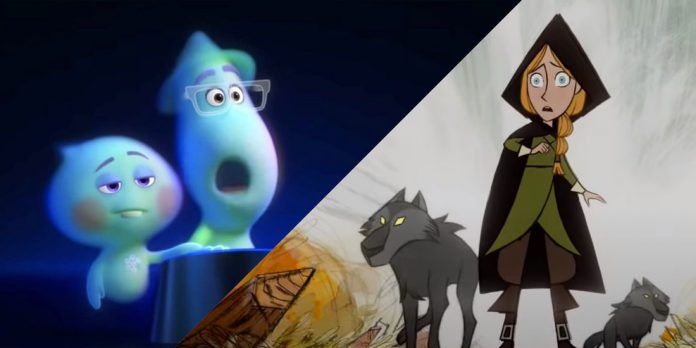 As we slowly but surely get deeper into awards season, it is common for predictors to create their list of five to ten films that they believe will get nominated for the Oscars. General reviews, past performances, and critics groups are usually good indicators of who will get nominated and who will not. Usually, at this point in awards season, most predictors are, for the most part, on the same page as to what films will get nominated but are unsure as to who will take home the gold. This causes interesting debates that usually feature two different sides: Favor the film that is backed by an Academy favorite or favor the new movie that everyone seems to love.

In most years, Best Animated Feature isn’t usually the most competitive category. The Oscar is typically awarded to Disney, and if there is competition, it’s generally between Disney (Disney Animation and Pixar) or another big company like DreamWorks. More often than not, Disney ends up on top, and we can count on them having at least one animated film nominated. This year, it’s “Soul” from Pixar. But “Soul” does have some competition: Cartoon Saloon’s “Wolfwalkers.”

Even with the competition, it’s still safe to consider “Soul” as the current frontrunner. The film follows Joe Gardner (voiced by Jamie Foxx), a middle school band teacher who has always dreamed of being a professional jazz musician. But on the day where his big break comes, he dies. Now, as a soul, his journey involves desperate attempts to get back to Earth, but in doing so, he learns the value, joy, and mortality of life.

“Soul” deserves to be a substantial addition to the Pixar canon, a studio that has won 10 Best Animated Oscars since the category’s inception in 2001. Written and directed by Pete Docter (“Inside Out” & “Up”) and Kemp Powers (who also wrote this year’s “One Night in Miami“), “Soul” oozes Pixar magic. The animation is beautiful, the characters are likable, and the story is thought-provoking to the point where adults can also take a message away from it. Granted, it’s not the best Pixar film ever made, but it’s still a solid feature and one can say that “Soul” has everything going for it.

Then there’s “Wolfwalkers,” the latest film from Cartoon Saloon (“The Breadwinner” and “Song of the Sea”), which follows a young girl, Robyn, in 1650 Ireland who meets and befriends a local wolfwalker – a person who turns into a wolf when they sleep – named Mebh. The film is rooted in Irish folklore and, like “Soul,” radiates magic. It’s a wonderful story about two girls who fight for their families and the friendship built between them.

​As opposed to “Soul,” “Wolfwalkers” is hand-drawn. Its old school 2-D approach is a breath of fresh air in a computer-animated world that seems to be on a mission to look as real as humanly possible. Here, Cartoon Saloon, much like its previous films, embraces the original art form of animation. It’s the perfect approach for a film based on Celtic folklore, but it also elevates the art form, so it doesn’t look outdated. It’s a style that doesn’t get used as much as it should, and the use of color symbolism and stained glass-like imagery is entirely breathtaking. Whereas “Soul,” though very much an animated film and not as realistic as other animated features in the Disney/Pixar canon, seeks to emulate real-world New York City.

If this was any given year, one would predict “Soul” to be this year’s Best Animated Feature winner, and that still might be the safe prediction; however, both films are in similar boats. Currently, they have an 8.1 rating on IMDB and a 4.1 grade on Letterboxd. However, on Rotten Tomatoes, “Soul” stands at a 96% critics score and an 88% audience score, while “Wolfwalkers” is at 99% and 100%. But, at the time of this writing, “Soul” has earned more awards at critics groups (15 compared to seven). This is undoubtedly due to “Soul” being a Pixar film, the studio that has dominated this category since the start and has more than enough money to lead a strong campaign. Plus, by having the Disney and Pixar name (not to mention stars like Jamie Foxx and Tina Fey attached), more people have probably seen it as opposed to “Wolfwalkers” that’s currently on AppleTV+.

Even with the Pixar package, “Soul” wasn’t received with thunderous applause and can even be considered as one of the weaker Pixar films in recent times. It’s good, but it’s also very mature, broad, and can be seen as a lesser version of “Inside Out.” So, in a weaker year for Pixar, a near-perfect film that elevates the basis and foundation of animation can end up taking Oscar gold instead. Cartoon Saloon has been nominated for an Oscar before (“Song of the Sea” & “The Breadwinner”) but never took home the win, losing both times to Disney Animation. This won’t be a walk in the park for either film, but the race is heating up, and we shouldn’t count out “Wolfwalkers.”

Which film do you think will win Best Animated Feature this year? “Soul” or “Wolfwalkers?” Let us know your thoughts in the comments section below or on our Twitter account. Also check out our latest Oscar predictions here.