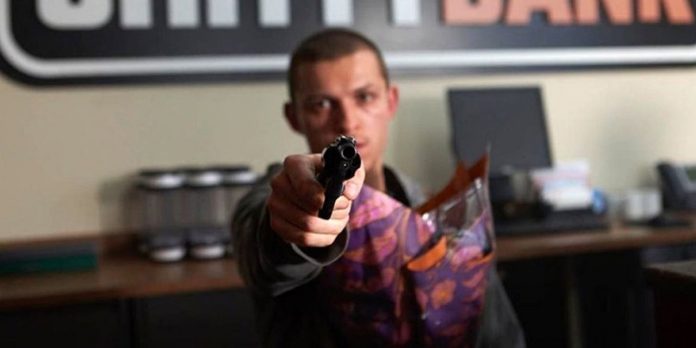 As per Deadline, Apple has acquired the Russo Brothers’ (“Avengers: Endgame“) new drama, “Cherry” starring Tom Holland. The film reportedly sold to Apple for more than $40 million, and Apple is planning an awards season push with Holland’s performance being described as a “revelation.”

​Based on the bestselling novel by Nico Walker, “Cherry” follows a PSTD-riddled war veteran, who turns to a life of crime in order to support his opiate addiction. The film also stars Ciara Bravo, Kelli Burglund, Jack Reynor, Forrest Goodluck, Jeff Wahlberg, Michael Gandolfini, Kyle Harvey and Thomas Lennon. Production has already been completed, and it will be released in time for awards season.

Apple currently also has “Boys State,” “On the Rocks,” and “Wolfwalkers” in contention for awards this year.

What do you think of Tom Holland having an Oscar baity part like this? What did you think of his work in “The Devil All The Time?” Does Apple’s high purchase price indicate confidence in it? Do you think that Tom Holland will be nominated for his first Oscar? Let us know in the comments section below or on our Twitter account.