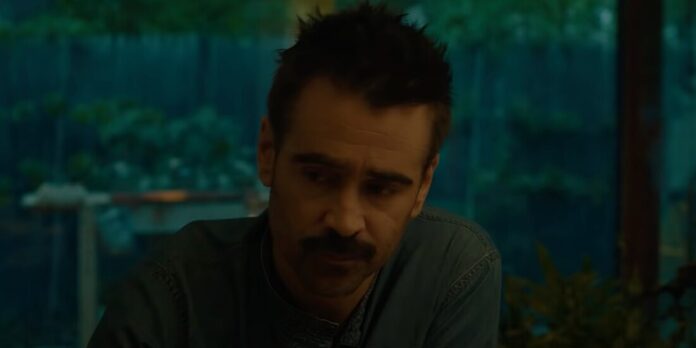 THE STORY – When Yang – a lifelike, artificially intelligent android that Jake and Kyra buy as a companion for their adopted daughter – abruptly stops functioning, Jake just wants him repaired quickly and cheaply. But having purchased Yang “certified refurbished” from a now-defunct store, he’s led first to a conspiracy theorist technician and then a technology museum curator, who discovers that Yang was actually recording memories. Jake’s quest eventually becomes one of existential introspection and contemplating his own life, as it passes him by.

It’s been five long years since the release of famed video essayist and director Kogonada’s “Columbus,” which put the South Korean-born filmmaker on the map in a major way and instantly established him as an indie voice on the rise. Making a splash at the 2017 Sundance Film Festival, his stripped-down yet soulful story about the son of a renowned architecture scholar (played by a pensive John Cho) striking up a friendship with a young architecture enthusiast (a ravishing Haley Lu Richardson) captivated cinephiles the world over, leaving fans feverishly anticipating his follow-up feature. Now, with this year’s “After Yang,” Kogonada enters the “genre” space for the first time, tackling a somber, sensitive sci-fi tale that retains his minimalistic aesthetic while elevating the scale and scope of his storytelling, complete with a cast comprised of big names like Colin Farrell, Jodie Turner-Smith, and Clifton Collins Jr. Though at times perhaps a bit too muted to make its ideal impact with all audiences, the introspective elegance of Kogonada’s ideas are too enthralling to deny entirely, powering the picture to a stirring – if subtle – resolution.

In a world where robotic children can be purchased by any family who wishes to do so, “After Yang” follows one such household, where Jake (Farrell) and Kyra (Turner-Smith), upon the adoption of their daughter Mika (Malea Emma Tjandrawidjaja), bring the robot Yang (Justin H. Min) into their home to serve as a big brother of sorts and further keep her tied to her Asian roots. For years, this poignant bond persists, and Jake and Kyra also come to view Yang as a son – which makes his sudden malfunctioning all the more distressing. As Jake travels across town trying to find someone who can help fix Yang and restore him to his natural state, he’s made aware of the revelation that throughout Yang’s time with their family – and when he’s been off on his own (a fact Jake did not know) – he has been recording his memories, which Jake is now able to view with the help of a technology museum curator. Through these recordings, Jake can see more of the person Yang was, examining the world through his eyes and, over time, making peace with the possibility of a future that might not include him.​

Kogonada’s delicate direction was a definite highlight in “Columbus” as well, but it’s undeniably elevated even more here, enhanced by his ability to envelop us in this “soft” sci-fi aesthetic he so carefully curates, finding the feeling in genre fare. His screenwriting is just as sincere, adapting Alexander Weinstein’s “Saying Goodbye to Yang” with a pensive panache that is often so rare in this space, taking the time to survey every character’s emotions and prioritizing this pathos over stereotypical spectacle. Sci-fi that’s “about something” is nothing new (we’ve especially seen such “weightier” films in recent years, like “Interstellar,” “Arrival,” and “Ad Astra“), but “After Yang’s” smaller-scale approach to themes really make its specific meditation on life, love, and loss stand out in such a crowded subgenre. Additionally, Kogonada further sets “After Yang” apart with its distinctly Asian messaging, assessing the adoptee experience with an affecting acuity that allows us all to see how, not just Yang and Mika, but all Asian adoptees feel upon being disconnected from their home country/culture and immersed in a foreign environment, growing up without the knowledge of the customs of their community and subsequently struggling to integrate where they were born and where they live now into their identity.

Colin Farrell turns in yet another insightfully poignant performance in an A24 indie (following “The Lobster” and “The Killing of a Sacred Deer“), effectively selling us on the fervor he has for his family and simultaneously allowing his inner anguish to rise to the surface as Yang’s condition worsens and he feels himself losing control of the situation. And yet, as Farrell’s Jake finds solace in Yang’s moving memories, so too do we, powered by his resonant reactions to what he finds (particularly in one tender monologue in which Jake describes tea to Yang, sincerely bonding with his son over something that seems so trivial while instead giving way to one of their most intimate interactions). The rest of the cast is equally engaging, if semi-underused (we primarily feel the family’s pain through Farrell rather than Turner-Smith’s Kyra and only occasionally Tjandrawidjaja’s Mika), but as Yang, Min is marvelous at imbuing what is essentially a mere machine with excessive empathy and emotion, making it abundantly clear how he’s so deeply earned his loved ones’ devotion. The rest of the supporting cast is relegated to single scenes here or there, but Haley Lu Richardson leaves the largest impact of all (when doesn’t she?) as a mysterious woman from Yang’s past who Jake finds in his memories, assisting Jake in further perceiving his son’s psyche and all the complexities it contained via her tales of their time together.

Where “After Yang” might lose the interest of some with its pondering, meditative pace, allowing the film to take its time as it tackles its touching themes while also refusing to expedite the narrative in any way to elicit further audience engagement. Such a choice is congruent with the style of the story being told – and Kogonada’s sensibilities as a storyteller – but it’s worth mentioning nonetheless, given that that might not be a fit for everyone’s expectations, especially as it leads to a more muted resolution for the movie than one might first foresee. Regardless, the engrossing ensemble is most often more than enough to acquire our attention, and the clean, calming aesthetic Kogonada curates here – complete with delectable production design and a soothing score from ASKA – is exceptionally enrapturing. Though “After Yang” may hit certain audiences harder than others because Kogonada decides to opt for stripped-down starkness over syrupy sentimentality, its meaningful messages make their way into our minds, all the same, causing us to ponder what those we love most leave behind when they leave this world, and how we can best keep their memory alive, both for our own sake and for sharing their impact with others.