5 “Star Wars” Characters We Want To See Standalone Films From 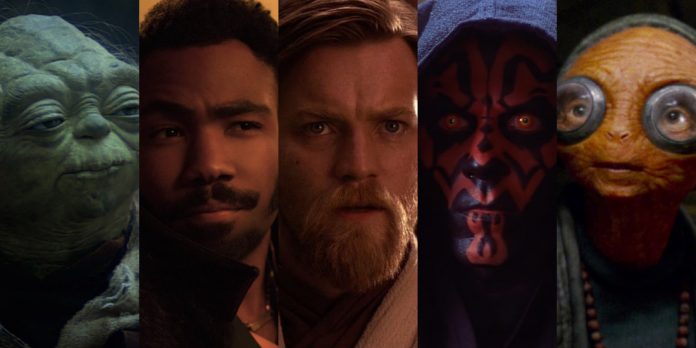 ​With the release of “Solo: A Star Wars Film” this week a lot of fans are beginning to question, why do we need a movie about Han Solo? Han is already such a pivotal character in the original trilogy, does he really need his own movie? Even though it seemed a tad unnecessary, we have now arrived at the release of Ron Howard’s latest film. While the question of “why does Han Solo need his own movie?” is an intriguing one, we here at Next Best Picture figured that since the universe of “Star Wars” is so expansive and filled with so many memorable characters we decided to take a look at which of those characters within the universe we would like to see get their own movie.

So without further ado, here are five characters from “Star Wars” that we would like to see get their own standalone movie! 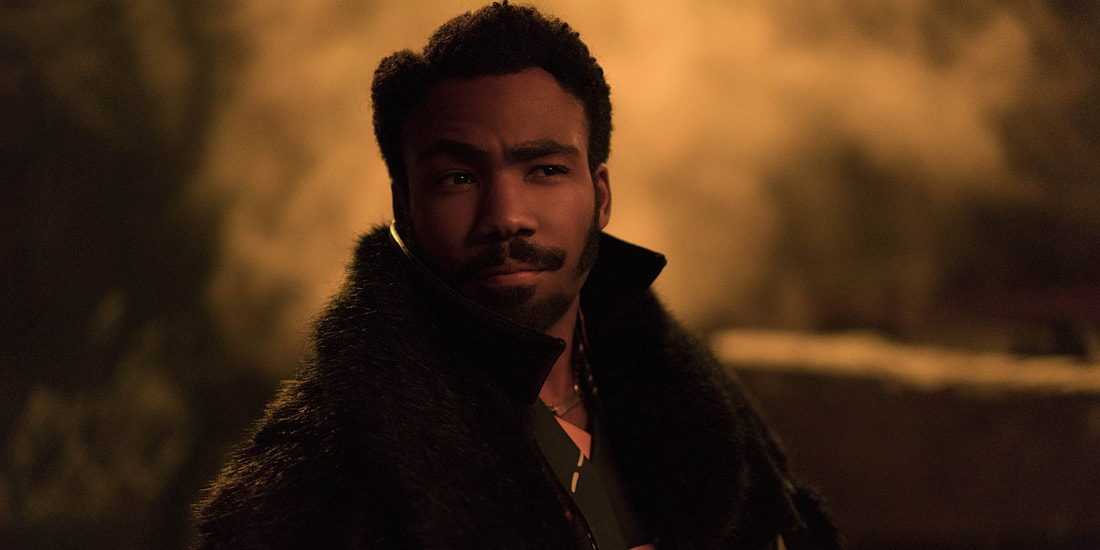 Lando seems like an appropriate character to start this list with for many reasons. Mainly because Lando is a character in “Solo: A Star Wars Film” and also because he is played ridiculously well by the ridiculously talented Donald Glover. With Glover stepping into the shoes that were once filled by Billy Dee Williams, this would be a perfect time for us to get a Lando movie. There is a ton of material that Disney could base the Lando film around. He is such a mysterious character and we know so little about him that they could literally take it in any direction they wanted. Since there is so little information about Lando, the motivation for a standalone film, is so that we can learn more about him.

The film wouldn’t necessarily be an origin story type but more of a dive into his psyche. We would learn about his smuggler lifestyle and what makes him stick to that. Instead of taking the approach of how he became a smuggler and what drove him to get there, this could be more of a film about how he is addicted to the smuggler lifestyle. Like I said, it’s difficult to pinpoint exactly what the film could be about since there is so little information about him. But it would be interesting to see why he has chosen to stick with the smuggler life after all of these years. ​ 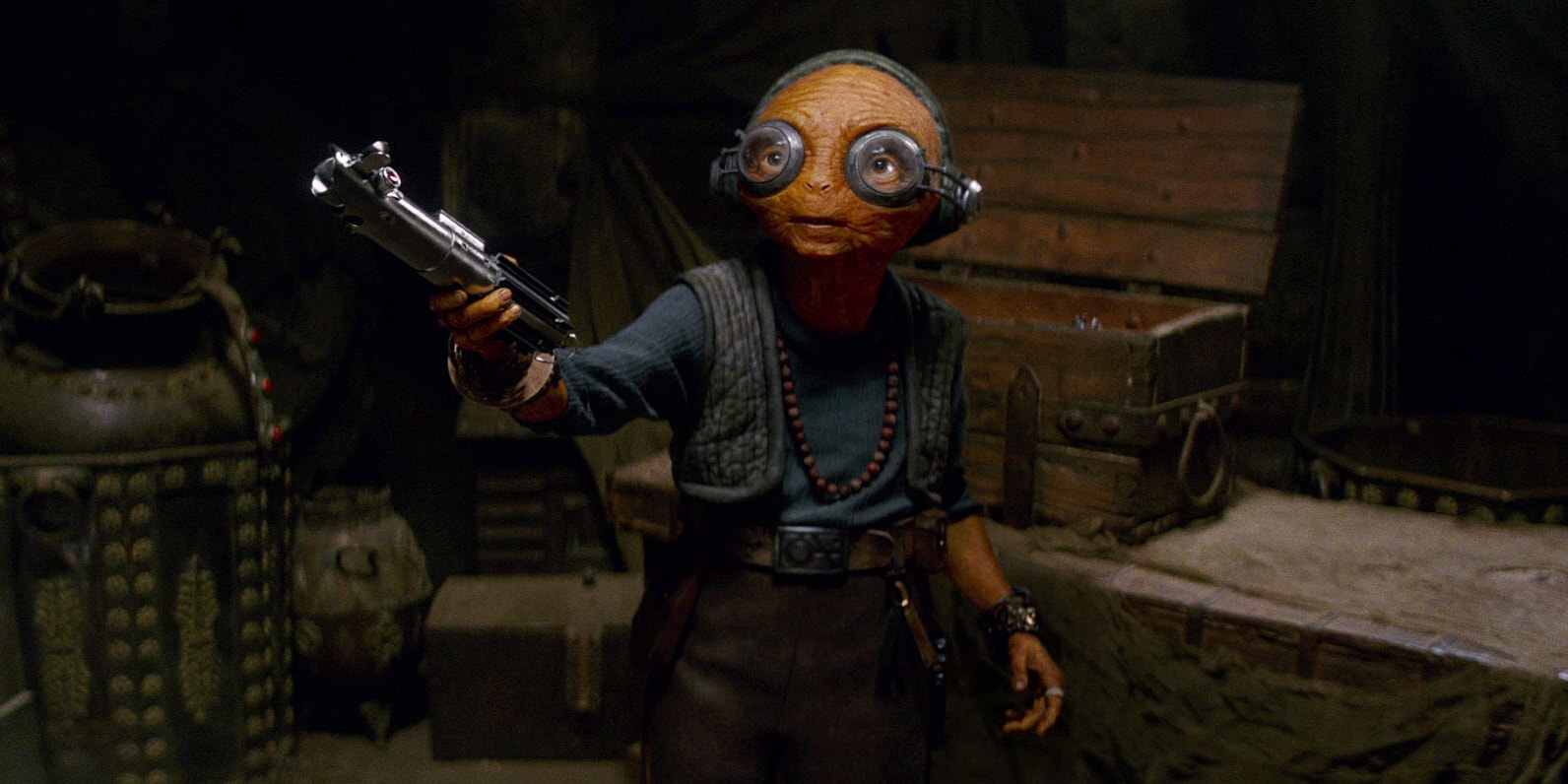 Maz Kanata is a character who was introduced in J.J. Abrams’ “Star Wars: The Force Awakens” and she totally stole the scenes she was in. Mostly because she is portrayed by Lupita Nyong’o, but also because she now is quite the pillar in the “Star Wars” universe. Although she does not necessarily get the spotlight in “The Last Jedi” like she did in “The Force Awakens,” the questions that were raised in “The Force Awakens” are quite monumental. For example, “how did she get possession of Luke’s lightsaber?” Maz is a mysterious character but for different reasons than someone like Lando. She is an interesting side character with a lot of spunk that we would like to see put at the forefront of a film. She clearly has done a number of things to achieve goals that affect her in a positive way even if her methods of achieving said goals may be a bit immoral. She’s a character who seems like she would put everything on the line in order to succeed because she knows she can.

While I don’t necessarily know what Maz’s film would be about in terms of story, it definitely would be a film that would have a lot of really interesting thematic elements. Maz is clearly someone who is loyal, not only to other beings but also to a specific cause. I think it would be interesting to see a film where we get to witness the characteristic of Maz on full display in some intense spy-thriller style of film. Maz’s film would be something more along the lines of how important an idea or an object is rather than a person. She clearly stays loyal to her close friends but her real dedication lies within the cause which is not only something fresh within the Star Wars universe but it would just be interesting on its own. A character like Maz is one that is liked mainly across the board among fans so it’s clear why we would want to see more of her, plus who doesn’t want to see Lupita Nyong’o lead her own film in her CGI glory? I would want to see a character of her caliber lead an entire film that focuses on the characteristics of her character and those characteristics being put to the test. 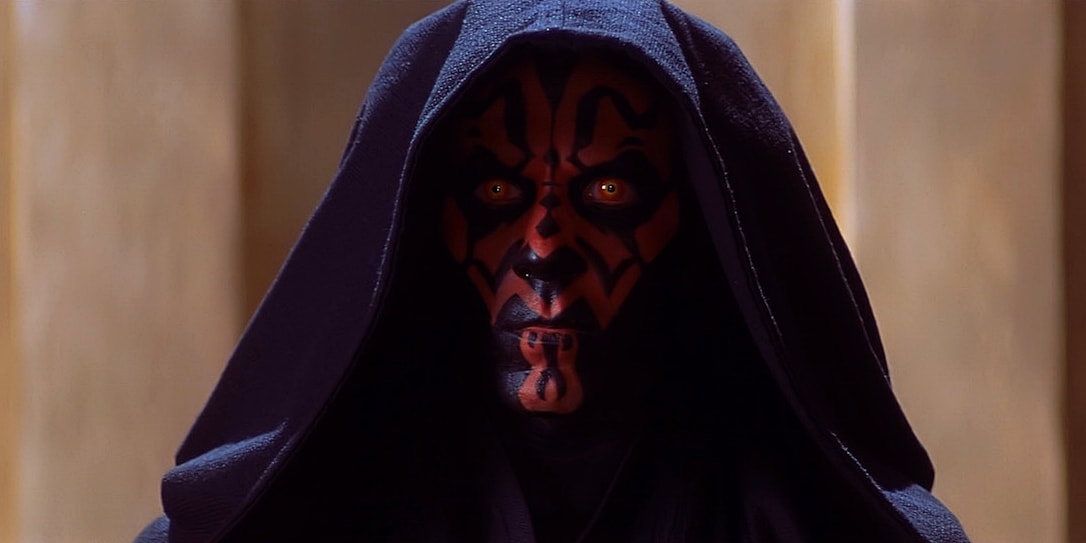 Now I know what you’re thinking, “the prequels are terrible we should never have anything to do with them again!” But I think we need to slow down because there are some things we could pull from the ashes of that trilogy, one of them being the Darth Maul character. Darth Maul is one of the villains in “The Phantom Menace” and he is easily one of the coolest villains in the franchise. Not only does he look incredibly awesome but he also is a complete and total master of the lightsaber fighting style. We see that on full display in “The Phantom Menace” so his film would almost have to be an origin story of sorts. We would get to see how he became to be so powerful and so talented in the lightsaber arts. We would learn about who his master was and who trained him to be as evil as he is.

The film would not only take the origin story route but it also could be filled with tons of spectacular action. We saw a good amount of how he likes to approach his fights in “The Phantom Menace” but it would be even more exciting to see those skills on full display. Perhaps the origin story would be a bit more down Darth Maul’s path on the Dark Side instead of at the beginning. So he is already a fully-fledged badass when the film begins and we get to see him ripping through his enemies. While the villains in “Star Wars” typically share the screen with the heroes, it would be interesting to see a “Star Wars” movie where a villain is at the forefront such as Luke or Rey are. With a lot of the current standalone films exploring characters of the past, there may be more opportunities to see this on screen than we may think. 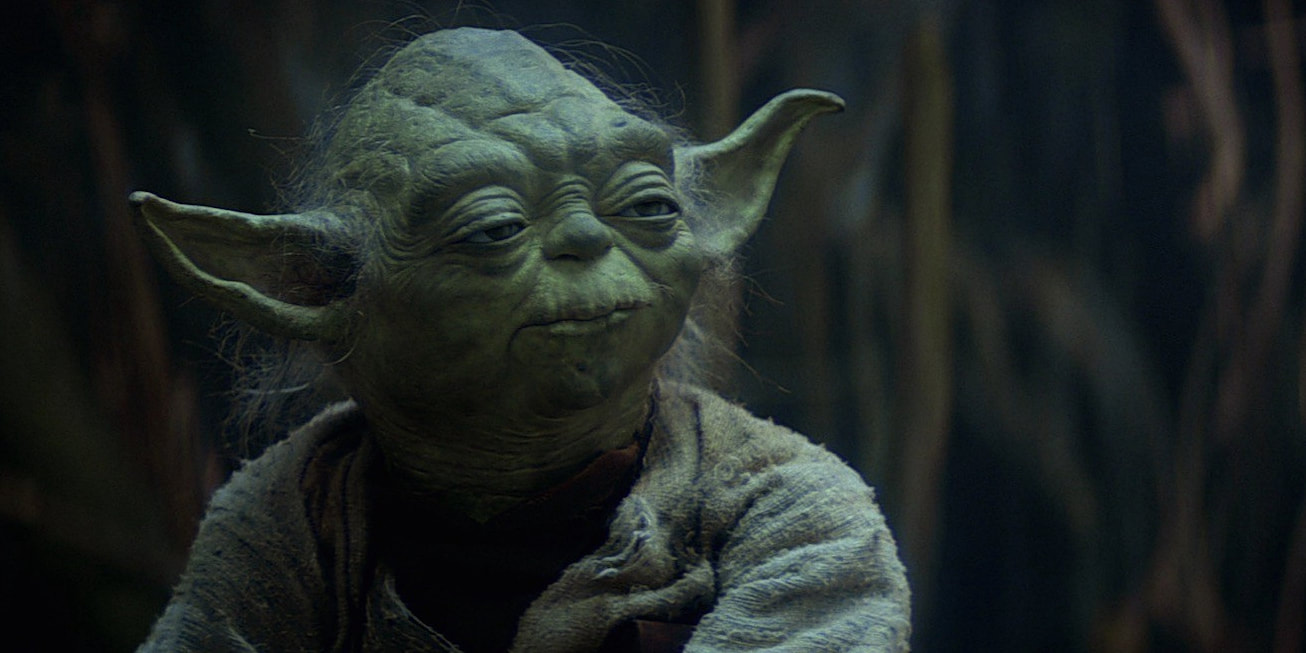 The master himself, Yoda. Yoda is such a pivotal character in the original trilogy as well as the prequel trilogy, it makes sense why he would have his own movie. While there are several different times in his life that the film could take place, there is one that sticks out more than any of the others. While it may be intriguing to see him much younger and just starting out as a Jedi, learning the inner workings of the force and such, there is something much more compelling about his mindset post-Anakin Skywalker. We get a small taste of this in the prequel trilogy after he told Qui-Gon not to train Anakin because he saw darkness in him and Qui-Gon and Obi-Wan decided to anyways, it would be interesting to look further into how that affected Yoda. Yoda even tried to keep Anakin from turning in the later prequel films so it must have weighed on him a good amount. So taking place between Episode Three and Episode Four seems like a prime spot for this idea.

We could see Yoda’s descent into regret and grief from Anakin transforming into Vader and what that did with him. Clearly, he has become a form of an outcast as we see in Episode Five but how he drove himself to that point would be so interesting. While it clearly was not Yoda’s fault for what happened to Anakin, maybe he felt like he could’ve done more to stop it. Because of his lack of interference, the fate of the world hangs in the balance now. Yoda trusted in his own Jedi and his own instincts and so many terrible things came to pass. That must have destroyed him mentally that he would have no other choice but to distance himself and focus solely on The Force. Yoda’s movie would have little to no action in it but would rather simply be a thriller/drama of sorts. 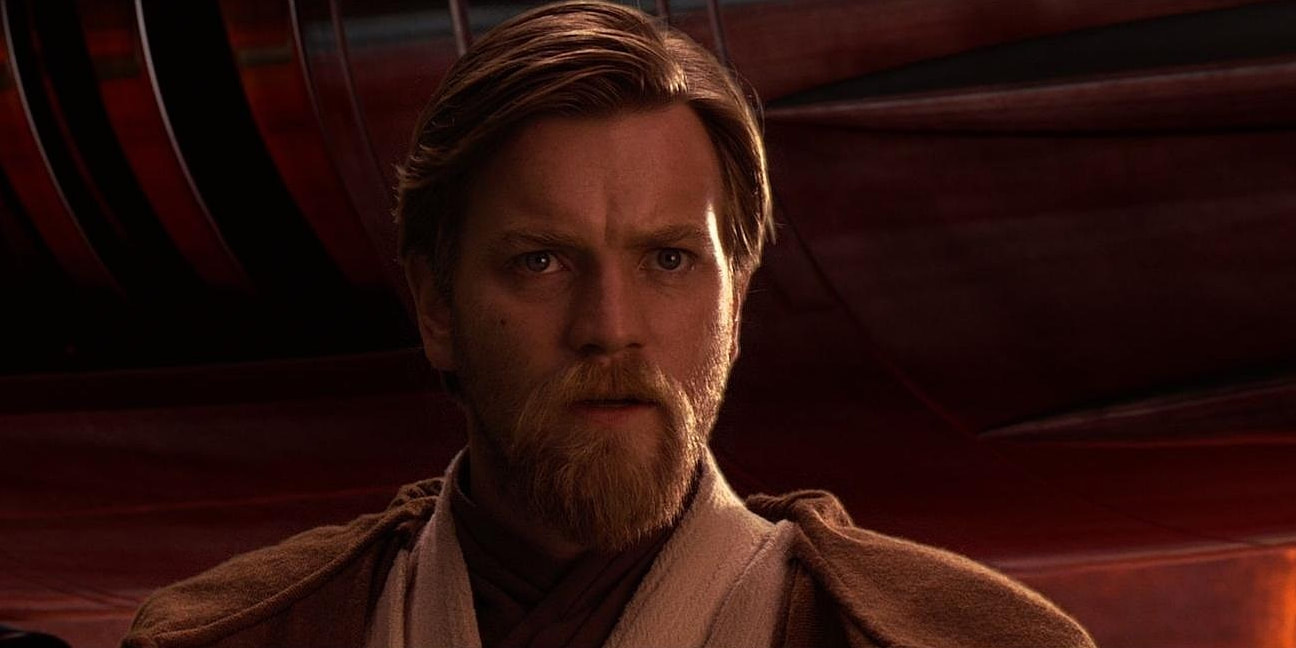 The number one pick is a rather obvious one. It has been requested by countless fans ever since Disney announced that they would be making films about single Star Wars characters. Obi-Wan is obviously one of the most crucial characters within the franchise and one of the most well known. There is a massive jump in age between Episode Three and Episode Four, obviously, but that would be the perfect place for Obi-Wan’s film to take place. We don’t need to see him when he was just a Padawan because we’ve seen that in “The Phantom Menace.”  A term that this time period has coined from some fans is called “The Lone Wolf.” It refers to a time in Obi-Wan’s life where he simply distances himself from everyone after Anakin and was roaming the galaxy on his own.

Obi-Wan’s film would be a healthy mix of drama and reflection that would be at the forefront of Yoda’s film and some intense, high-stakes action that would be the centerpiece of Darth Maul’s film. If it takes place between Episode Three and Episode Four, we clearly would see some aftermath of Anakin which weighs the heaviest on Obi-Wan but then if he was wandering the galaxy in this lone wolf style, he would get into some sticky action situations too. Obi-Wan is the perfect character to have a healthy balance of emotion and action that would please Star Wars fans on a massive level. Plus, it would allow Ewan McGregor to reprise the role which is something every living person on the planet wants to witness I think.

Which “Star Wars” character would you like to see get their own movie? Are you excited for “Solo: A Star Wars Film?” Let us know down below!