5 Directors Who Were Replaced On Their Film During Production 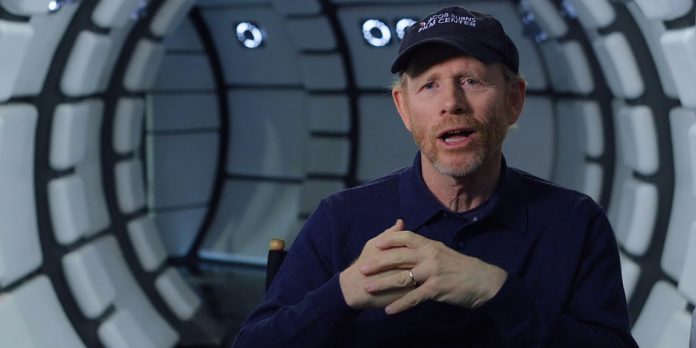 ​It is not unheard of for there to be creative differences on a film set. Or for there even to be a personal difference that creates an uneasy or difficult shooting and or editing experience during the process of making a film. Creative people colliding is what filmmaking thrives on. A set of creative minds all mixing their ideas together in one massive mixing bowl. That is just one of the many things that make movies so special.

If you are unaware, Disney’s “Solo: A Star Wars Story” went through an incredibly similar situation. It happens all of the time in Hollywood and seems to be quite a trend for Disney. They replaced Edgar Wright on “Ant-Man,” they replaced Phil Lord and Christopher Miller on “Solo” and most recently they replaced Colin Trevorrow on “Star Wars: Episode IX.” So since “Solo” went through this process and is releasing this week, we at Next Best Picture thought we’d take a look at some other films that this has happened to.

So here are five films whose directors were replaced by another director mid-production. 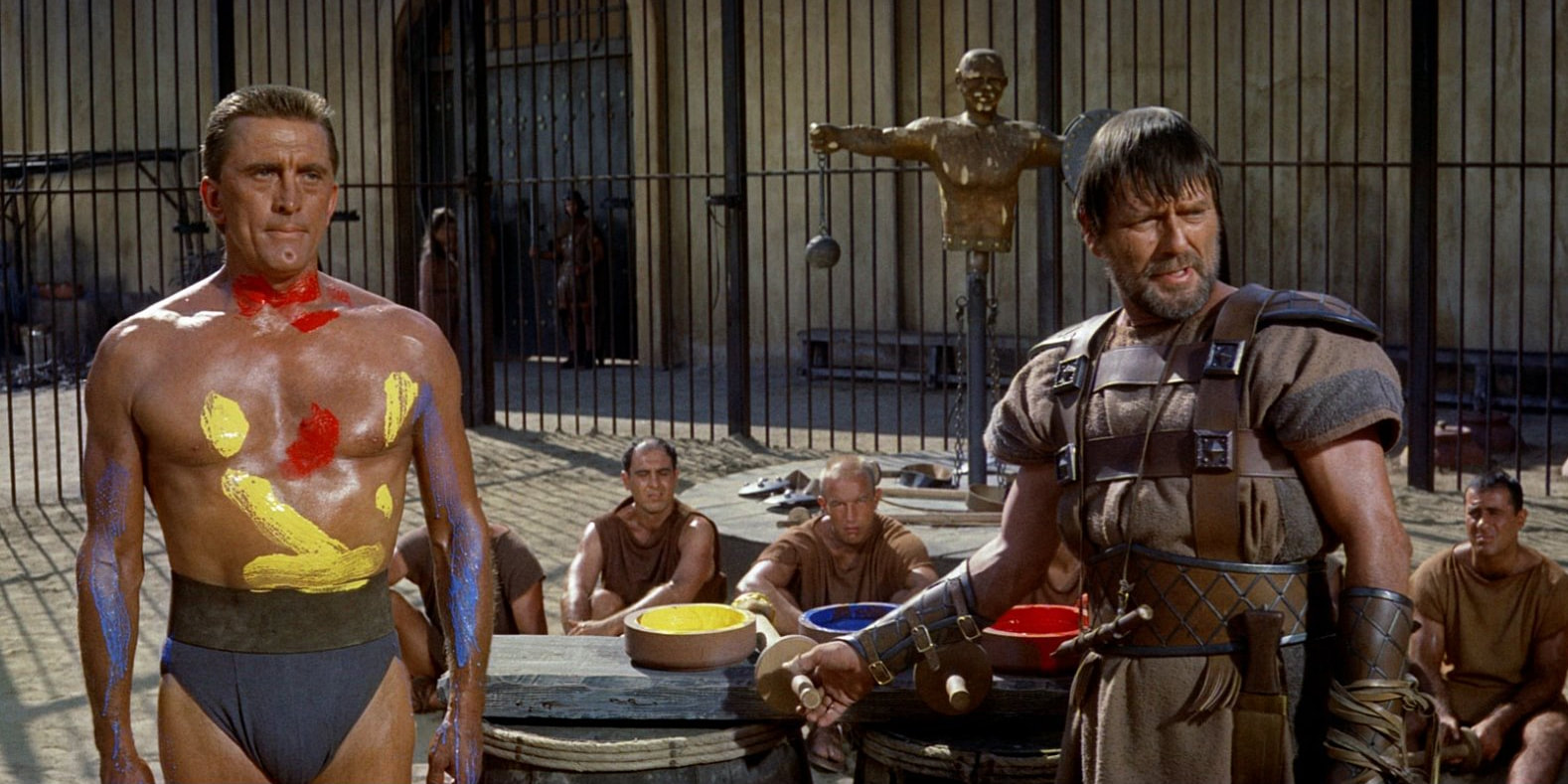 “Spartacus” is clearly a pillar of a film within the period piece genre. It’s grand, full of sweeping shots, and just feels as massive as the titular character himself. While it falls in line as another great Stanley Kubrick film, it wasn’t originally meant to be in his possession. David Lean was originally approached to direct the film but he turned down the offer which leads to the studio hiring Anthony Mann. Mann was known for western films such as “Winchester ’73” and “The Naked Spur.”

Mann, however, was fired after just the first week of shooting. Kirk Douglas, the star of the film, later said that “he seemed scared of the scope of the picture.” Mann was fired and the studio and Douglas were stuck scrambling to find another director. Stanley Kubrick was then hired on as the director at a mere 30 years old with just four feature films under his belt. Kubrick took a much different approach than Mann, embracing the gigantic scope of the film and knocked it out of the park. The panoramic scenes, the super wide shots, the utilization of a Michigan State vs Notre Dame college football audience to chant specific lines of dialogue, all mesh flawlessly into this Kubrick epic. “Spartacus” would go on to score 6 Academy Award nominations and win 4. 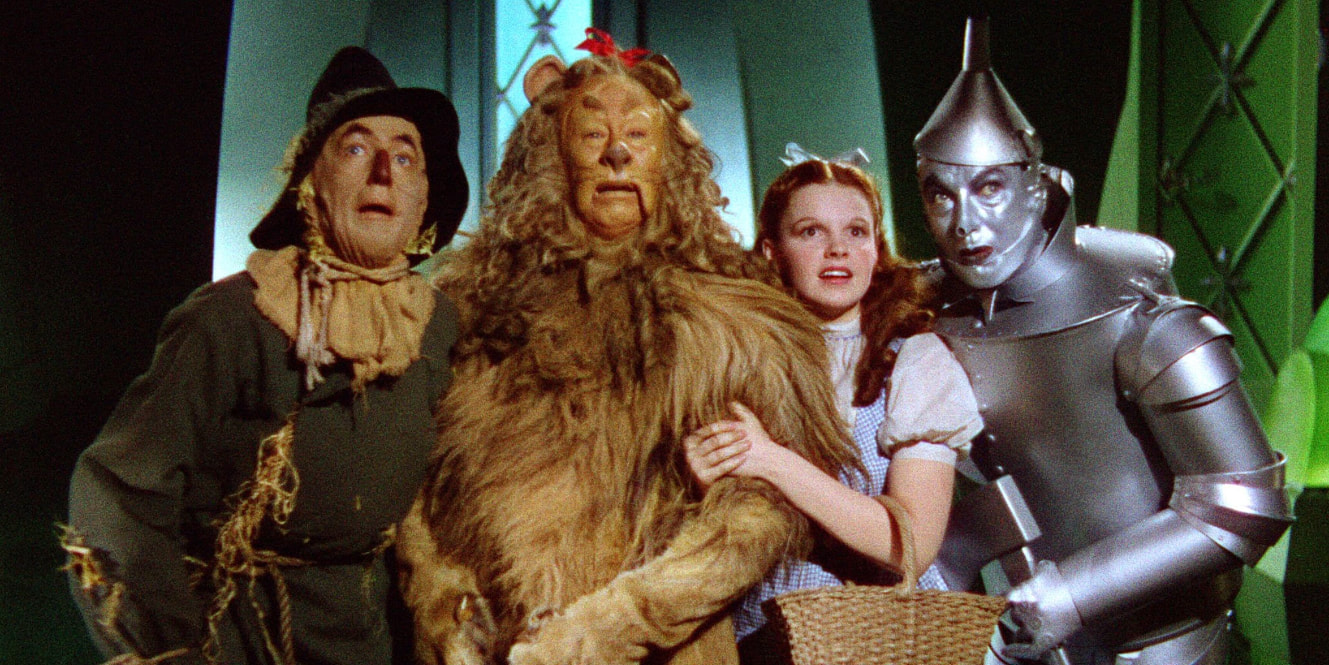 “The Wizard Of Oz” is one of the most essential films ever made. What is fascinating about the film is how many directors were involved in the project and the film still came out as great as it did. It isn’t too far out of a reach to say that MGM had a rolodex of directors ready for this film. Before production had even begun, Norman Taurog was signed on to direct but MGM was unhappy with the few test sequences he had shot. Richard Thorpe then came on to replace Taurog but producer Mervyn LeRoy felt that Thorpe was not only rushing the production but not getting the right performances out of the actors.

George Cukor was then brought on to replace Thorpe but he only served a minimal amount of time on set before the main and actual director of the film was brought in, Victor Fleming. Victor Fleming was the sole director for just about the rest of the film. George Cukor did not leave on bad terms or wasn’t even fired for that matter, he actually served as a creative advisor towards Fleming. Then right at the tail end of production, Fleming was tapped to step in as director on “Gone With The Wind” and had to leave the project. At this moment, King Vidor stepped in to film the final bits of the movie which were mainly the sepia-toned Kansas sequences. While all of those directors were involved at one point or another, Fleming was the only one who received sole credit for the film. “The Wizard Of Oz” would go on to receive 6 Academy Award Nominations including Best Picture with one win for Best Original Song (“Somewhere Over The Rainbow”). 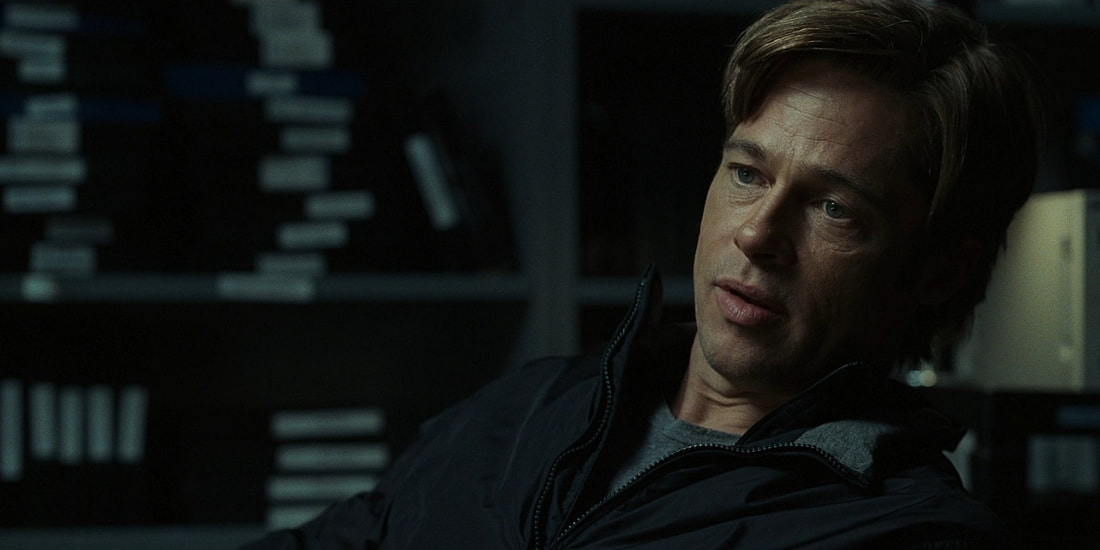 “Moneyball” is a quick-witted, fast-paced drama film based on a book of the same name by Michael Lewis. Bennett Miller does an exceedingly great job of directing this film for it being his sophomore project following his successful debut “Capote.” Once again scoring another home-run with “Moneyball,” it’s hard to imagine that it was originally not supposed to be Miller at the helm. Before Miller was apart of the project, the film was going to be directed by Steven Soderbergh. Soderbergh however, had a much different creative vision for how the film should be shown onscreen.

Soderbergh wanted to film the movie more like a docu-drama kind of film. There would be interviews with the real players involved and he would throw a ton of information about what was happening all at once to overwhelm you, but in a funny Soderbergh kind of way so that you wouldn’t necessarily feel bombarded with all of this information. The studio was not too keen on this idea so a new draft of the film was written and ultimately Bennett Miller stepped in to direct the film. “Moneyball” ended up receiving 6 Academy Award nominations including Best Picture. 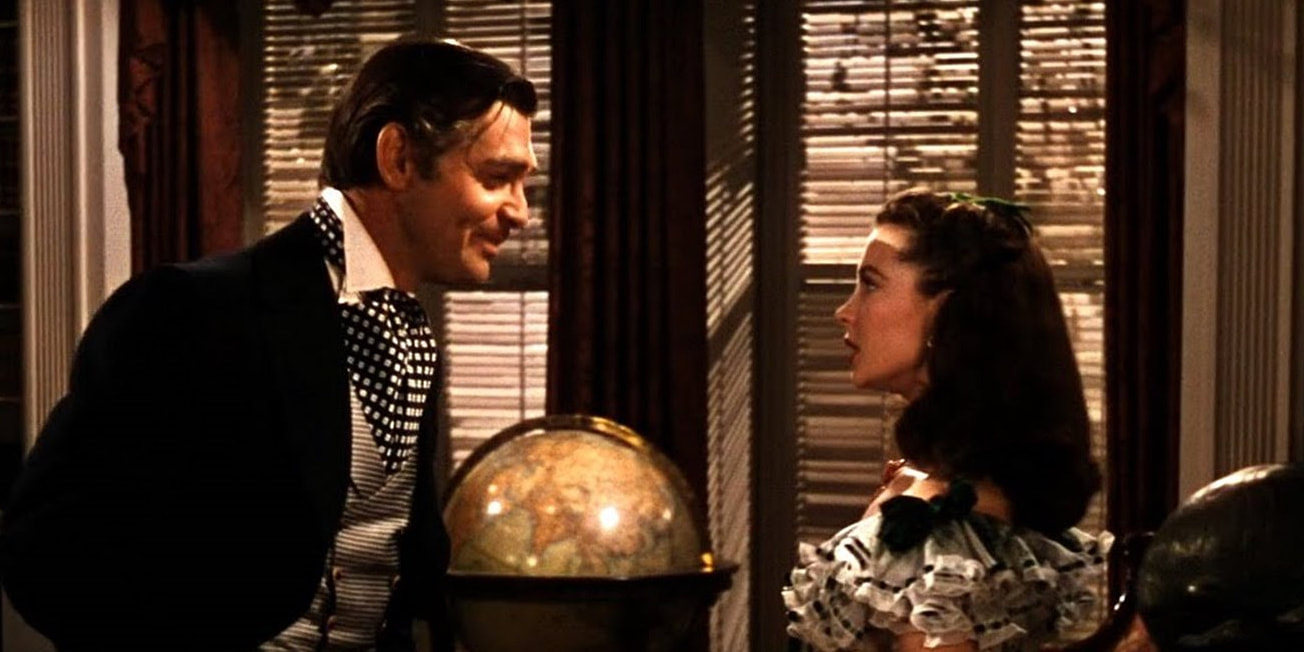 Victor Fleming is back on this list to give us yet another cinematic masterpiece the same year he stepped in to do “The Wizard Of Oz.” “Gone With The Wind” is a monolith of a film and easily regarded as one of the greatest films to have ever been made. There are a lot of memorable aspects to the film but its director swap may not necessarily be one of them. David O. Selznick had signed on George Cukor to direct the film originally due to their previously established working relationship. Cukor however, only made it through only about three weeks of shooting before a decision was made to have him replaced.

Cukor and Selznick had disagreements about the pace and script of the film and Cukor also did not get along well with Clark Gable. After Cukor was removed, Victor Fleming would be brought on to finish the film. This worked out incredibly well in Fleming’s favor as the film would land 13 Academy Award Nominations with 8 wins (The most at that time for a single film) including Best Picture and Best Director for Fleming. 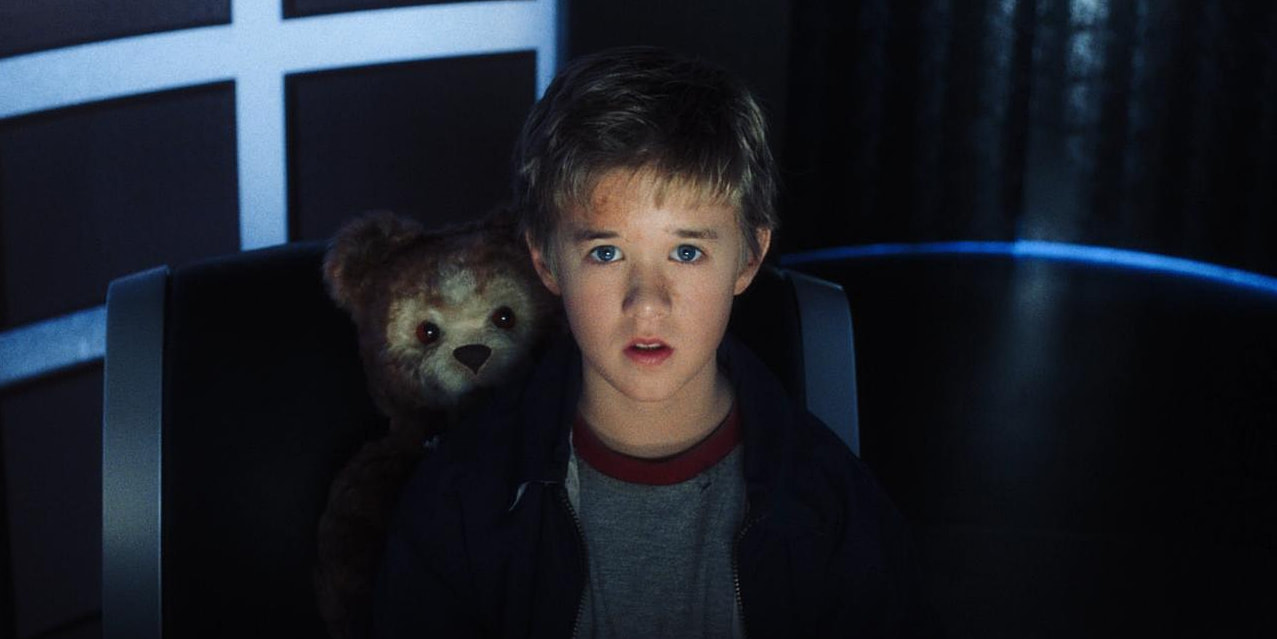 The last instance on this list is not so much a situation where a director was replaced by the studio but this time, was unfortunately taken away from us too soon before his final vision could be seen on the screen. So yes, we are cheating a bit here but it gives us a chance to once again mention the master known as Stanley Kubrick and his unfinished work on “A.I.: Artificial Intelligence,” which was later picked up by his esteemed good friend (And a legend in his own right), Steven Spielberg.

“A.I.: Artificial Intelligence” is a wonderfully imaginative science fiction film that feels like it’s from a different time. While Spielberg does an amazing job with the project both on a visual and storytelling level there was a lot of influence still left over from Stanley Kubrick. Kubrick’s version of “A.I.” was in pre-production as early as the 70’s when he began the development of the film from the short story that the project is based on titled “Super-Toys Last All Summer Long” written by Brian Aldiss.

Kubrick had a good amount of his vision for the film written down and sketched out as development continued throughout the years. Kubrick went through countless writers and collaborators on the project that it eventually ended up in development hell. Kubrick would eventually show all of his ideas and workings to his good friend Steven Spielberg. After Kubrick’s death in 1999, Spielberg saw it through that Kubrick’s vision would come to life on screen. Taking a lot of the notes and sketches that Kubrick had shown him throughout the years, Spielberg took those to heart and made sure those made it to screen in order to honor his friend Stanley while still making a film that was unequivocally made by Steven Spielberg. The result is a poetic tribute that remains very complex in its themes and has only gotten better over time.

There are plenty other films that had their directors replaced but those are five films we chose to discuss. Do you know of any others that you’d like to discuss? Are you excited for “Solo: A Star Wars Story“? Let us know down below!