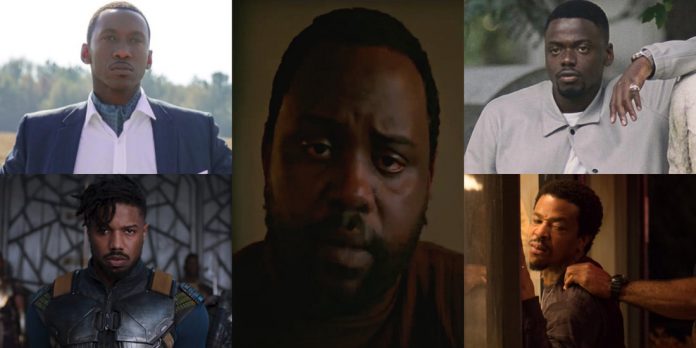 ​As the summer ended, some in the Oscar-punditry world discussed the possibility that we might end up with yet another #OscarsSoWhite year, the first since 2015, where all four acting categories are entirely devoid of people of color. Fortunately, the strong reactions to films like “Widows,” “Roma,” Green Book” and “If Beale Street Could Talk” at the fall festivals have offered up a wealth of realistic acting contenders.

Although the Best Actress category has several possible POC contenders including Viola Davis, Amandla Stenberg, and Yalitza Aparicio, while Best Supporting Actress has Regina King, Marina De Tavira, and Michelle Yeoh, it is Best Supporting Actor that has become the most stacked with performances from people of color that could factor into the Oscar race to historic levels.

To date, no category has ever had more than three non-white nominees. Best Supporting Actress in 2006 and 2016 each boasted three (Jennifer Hudson, Adriana Brazza, Rinko Kikuchi and Viola Davis, Naomi Harris, and Octavia Spencer respectively). Supporting Actor this year has the potential to make history, and feature four or even five people of color in a single category.

Right now, the category feels wide open. Sam Elliott received strong notices for his turn as Bradley Cooper’s long-suffering older brother in “A Star Is Born,” while Timothee Chalamet has received acclaimed for portraying a meth addict in “Beautiful Boy,” but Elliot may suffer from a lack of screen time, while “Beautiful Boy’s” middling reviews overall may hinder Chalamet’s chances. Richard E. Grant is totally fantastic in “Can You Ever Forgive Me?” but with no prior nominations or awards recognition in his career, one has to wonder if this will be where AMPAS starts with him or if he will continue to be a reliable character actor. Only Mahershala Ali, playing arguably a leading role in Peter Farrelly’s “Green Book” feels completely safe in a performance that has been so acclaimed as to have people discussing the possibility of a second win only two years after his first. Which means, that four slots are open. And there are more than four acclaimed, Oscar-buzzed turns by non-white actors to fill those slots.

First off, Daniel Kaluuya feels primed to pull a Jeremy Renner in 2010 for his acclaimed and terrifying performance in “Widows.” Renner came hot off a Best Actor nomination for “The Hurt Locker” in 2009 to receive a second nomination for the well-reviewed crime film “The Town.” Kaluuya’s character has been compared to “No Country for Old Men’s” Anton Chighur in terms of the menace he brings to the role. Best Supporting Actor has always been kind to villainous turns, and Kaluuya no doubt benefits from the residual love of his Oscar-nominated turn in last year’s “Get Out.” Most importantly, nominating him could serve as a way to acknowledge the entire ensemble cast of “Widows,” who may have trouble getting nominated in other categories.

Secondly, the internet is sleeping on Russell Hornsby in “The Hate U Give.” Although Hornsby has made appearances on TV and Broadway over the years, he has been relatively absent on the big screen. But here, with “The Hate U Give,” he sears his presence into your brain. The film, which currently is better reviewed than Oscar contenders such as “First Man,” “Beautiful Boy” and “Boy Erased” needs to make money to establish Hornsby as a true contender. But if the film is successful, chances are voters will notice Hornsby’s towering performance. Richly fleshed out, Hornsby’s role is an actor’s dream. He gets to play both a threatening ex-con and an affirming father, getting to yell, cry and deliver not one, but two monologues that would make “Call Me By Your Name’s” Michael Stuhlbarg jealous. The part screams Oscar consideration. And him featuring in both “The Affair” and “Creed II” just in time for voting will only help his cause. Don’t sleep on him.

Thirdly, there’s “Black Panther’s” Michael B. Jordan. Jordan has a tremendous amount of goodwill in the industry right now, due to acclaimed performances in films such as “Fruitvale Station” and “Creed” (which many feel he was snubbed for). He’s playing a complex villain in one of the most talked about films of the year, a film that Disney is sparing no expenses in campaigning, and he will also have “Creed II” dropping just in time for voting. He’s far from a sure thing, but he has remained in the Best Supporting Actor conversation since last February, which is no small feat. If AMPAS loves “Black Panther,” don’t be shocked if he snags Marvel its first acting nomination.

Finally, Brian Tyree Henry is benefitting from a breakout year. Between a standout turn in “Atlanta” and big screen turns in “White Boy Rick,” “Hotel Artemis,” and especially his menacing turn in “Widows” he has had a productive year. Most importantly, he has a standout role in “If Beale Street Could Talk,” complete with a haunting monologue that is sure to rattle your soul. It may be short on screen time, but Henry leaves a lasting impact. As Awards Circuit’s Clayton Davis pointed out, this feels like the type of actor a la John C. Reilly in 2002 or Michael Shannon in 2016 who gets a nomination for just being in so many films in a single year. If the Academy goes for “If Beale Street Could Talk,” in a major way, don’t be shocked if goodwill brings Henry along on its coattails.

Finally, outside looking in, are the legendary Harry Belafonte’s one-scene-wonder turn in “Blackkklansman,” and the unseen Lin Manuel Miranda in “Mary Poppins Returns.” In short, there are more than enough non-white actors firmly entrenched in the Best Supporting Actor conversation to populate an entire field that doesn’t seem to have any sure contenders at the moment. Chances are at least Elliott or Chalamet or Grant gets in, but neither is guaranteed. We could easily be looking at a historic four or even five people of color nominees in a single category.​

What do you think? Whoa re you currently predicting for Best Supporting Actor? Be sure to let us know in the comments section below.