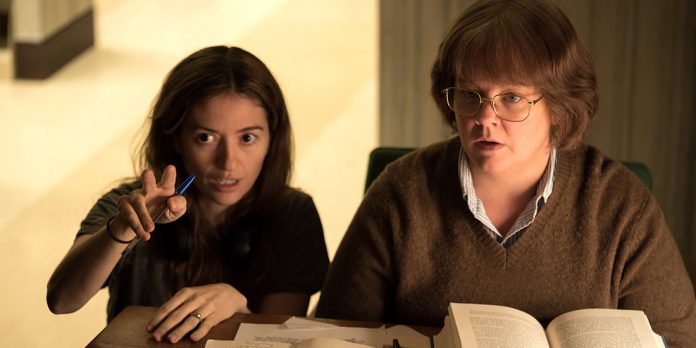 In July of 2017, the Toronto International Film Festival announced its “Share Her Journey” initiative, a 5-year plan to increase opportunities for women in all aspects of the film process, but especially for women directors. While it seemed very timely, 2017 being the year that #MeToo and #TimesUp began, TIFF started out its history in 1976 with a strong dedication to showcasing women’s voices. With the help of a programming track they called ‘Womanscene’ the first TIFF, then called the ‘Festival of Festivals’, managed to have a third of its content produced by women directors which was remarkable for the time. As is the case this year, 1976 saw a variety of genres from the contributions of these women allowing everyone in attendance to see how much they had to contribute to the art form.

However, films by women were not only relegated to the ‘Womanscene’ track as several women opted not to participate for fear of having their work marginalized due to being seen as somehow different from the films that men make. One of those on the outside of that special track was “Harlan County U.S.A.”, documentarian Barbara Kopple’s first film. After she and her crew spent more than a year with the miners and their families they created a film that provided insight into a section of American life that isn’t often given a voice, the labor classes endless struggle against those who would exploit them. The dark story of a group of miners attempting to unionize against desperate odds eventually went on to win that year’s Academy Award for Best Documentary Feature.

Throughout the intervening years, TIFF has offered women great opportunities to have their work seen and appreciated. This year will see one of film’s most iconic female directors, Claire Denis, whose first film “Chocolate” was shown to great acclaim in 1988, make her English language debut. In “Chocolate” Denis chose to tell a story of a woman’s return to her childhood home in French-controlled Cameroon. Once there the film delves into her childhood memories, showing the turmoil near the end of the occupation when social rules were in flux and her own household was thrown into conflict by unexpected visitors and the presence of the ‘houseboy’ Protee (Isaach De Bankole). Although very different from her upcoming release, it set a standard for her work that has only improved over the years.

In 2018, TIFF will show over 70 feature films directed by women, not to mention the short films on offer, and the variety on display is staggering. With films from all over the world and almost every conceivable genre, there is something for every cinema fan to enjoy.

​Here are just a few of the films that will be playing over the course of the festival, some from the biggest names in the industry and a couple from those who are just starting down their path as directors.

Denis’ journey into this realm of science fiction has been a long time in the making and its highly anticipated release is a welcome presence at TIFF. “High Life” centers around a man traveling in deep space on a ship of convicts bound on some secret mission. To make things more complicated the man’s infant daughter is on board as well and the requirements for the mission are not what they all signed up for. This brilliant director tackling such complex subject matter is guaranteed to make for interesting viewing.

No stranger to period pieces with her previous films “Belle” and “A United Kingdom”, Amma Asante’s “Where Hands Touch” focuses on the intersection of love, hatred, fascism and becoming an adult. 16-year-old Leyna (Amandla Stenberg) is a biracial German girl growing up during the rise of Hitler who finds herself falling in love with Lutz (George McKay), son to a powerful Nazi officer and a member of the Hitler youth. Eschewing the idea of romanticizing the era, Asante aims to depict the difficult truths of that time for the children of color who were living in Germany and how the racism and nationalism affected their lives and the lives of those who cared for them.

While the book for “A Million Little Pieces” is now infamous for being a fake memoir, Sam Taylor-Johnson is aiming to find something deeper in this story of addiction and a man’s journey to recovery. With her husband Aaron Taylor-Johnson taking the lead role and an interesting cast list that includes Charlie Hunnam and Billy Bob Thornton it is sure to attract attention, even if it is only to see whether or not it feels more authentic than its source material.

Adapted by Holofcener for the screen from the book by Ted Thompson, “The Land of Steady Habits” is about a man named Anders Hill (Ben Mendelsohn), who has abandoned his previously staid life in search of something more satisfying. Unfortunately, he discovers that changing your circumstances doesn’t necessarily change the person you are and he must deal with the drastic new situation he has created for himself.

After the fall of FOX News chairman Roger Ailes, a one-time political consultant who became a powerful voice in conservative media, it was certain that a documentary would be forthcoming. Alexis Bloom, a director who is no stranger to covering either political conflict with her work on Frontline or the world of Hollywood with “Bright Lights” about Carrie Fischer and Debbie Reynolds seems a perfect match for the job. The film is said to highlight the contrasts between the man’s personal life and the era of fear he ushered into the news media with his time at the FOX network.

Long inspired by the legendary director Ingmar Bergman’s work, Margarethe von Trotta has created a documentary that is at once a love letter to and an examination of Ingmar Bergman’s work and his life. She speaks with his close friends, his family and looks back on his most famous films to find and highlight the reoccurring themes that ran throughout his art. In addition, it provides a space for those who knew him best to speak about their experiences with him which gives us a wider perspective on this master filmmaker and what drove him to create such revered films.

Created in a remote area of Australia in partnership with the local Aboriginal community, Imogen Thomas’ “Emu Runner” tackles difficult subject matter that ranges from childhood grief and racism to family upheaval. When Gem, a young Aboriginal girl, loses her mother in an unexpected tragedy her family is sent into turmoil as they try to adapt to their new circumstances. In an effort to find a new kind of normal Gem tries to befriend a wild emu but to do so she takes risks that brings her to the attention of an idealistic young social worker whose efforts to help the girl may only hurt her.

Marielle Heller – “Can You Ever Forgive Me?”

Melissa McCarthy has already starred in two high-profile comedies this year, but “Can You Ever Forgive Me?” will be the first to offer her a chance to truly stretch her dramatic skills. Based on a true story, McCarthy plays Lee Israel, a onetime biographer who finds that once her famous subjects are dead that her finances and chances of getting published are quickly vanishing. Luckily, she is also good at forging documents, mostly correspondence from her deceased friends and interviewees and selling them gives a much-needed addition to her income. Now the question becomes just how long she can continue passing off these fake letters before someone takes notice.

“The Wind” will be Emma Tammi’s debut film, and it looks to be an extravagant mix of haunting wilderness combined with supernatural horror. Elizabeth Macklin (Caitlin Gerard) and her husband have traveled to the American West in the 1800’s in hopes of finding a piece of land all their own, but when they arrive Elizabeth finds that everything on the plains is not as it seems. It’s only when a new couple moves near them that things come to a head as they too begin to experience strange events.

While she got her start in acting, Nigerian Genevieve Nnaji will bring her first directorial effort to TIFF in 2018. Playing the main character Adaeze, Nnaji shares a story about a young businesswoman doing her best to keep her sick fathers’ company going. But when he names her eccentric and sexist uncle as his temporary replacement, she is forced to contend with much more than she bargained for. With the company in financial straits, Adaeze must find a way to keep them afloat and find her own way in a society that is quickly evolving under changing social pressures.

While this is in no ways the full list, if you are curious to know about ALL of the films playing at this year’s Toronto Film Festival directed by women, please click here. Which of these films are you most looking forward to? Are you attending this year’s Toronto Film Festival? How many films directed by women are you seeing? Are there any films listed here you didn’t know about prior to reading this list? Let us know in the comments section below.