Will It Be “The Power Of The Dog” Or “CODA” For best picture? 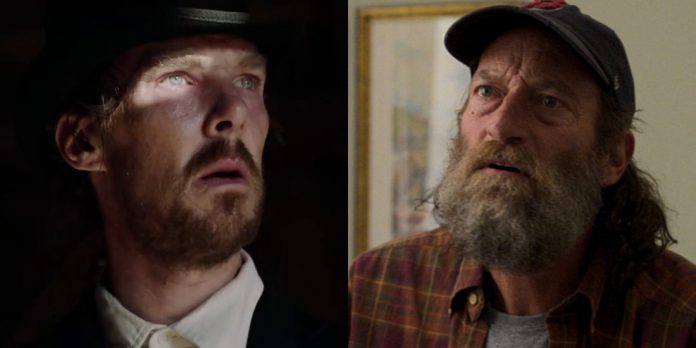 ​In an Oscar season now mostly decided all around with two weeks to spare, and with almost nothing else left to talk and rant over besides the Oscar telecast, our last option for another talking point is whether “CODA” can pull off the most unprecedented Best Picture win of our time. ​For the last few weeks and for the next two weeks ahead, the case against “CODA” to rally over “The Power Of The Dog” has and will be its lack of any other nominations besides Best Picture, Best Supporting Actor, and Best Adapted Screenplay. However, if the first 95 percent of Oscar night plays out like the BAFTAs just did, then “The Power Of The Dog” will suddenly join “CODA” as a potential Best Picture winner that would defy modern history.

The general assumption for most of the season was that “The Power Of The Dog” would seal away Best Picture with a few other wins besides Best Director. Even when Smit-McPhee lost ground to Kotsur, it still had Best Adapted Screenplay as a potential fallback to clinch the win, but now “CODA’s” upset at the BAFTAs, and its likely victory at the WGAs has put that in jeopardy. And in a season where “Dune” is set to dominate the below-the-line categories, there may not be room for “The Power Of The Dog” to take at least one for itself, although Cinematography and Editing are still its best bets. Yet if Ari Wegner can’t beat “Dune’s” Greig Fraser in an Oscar rematch, and if “The Power Of The Dog” can’t hold off “Dune” and “King Richard” in Editing, the movie is likely staring at a technical shutout. In that scenario, losing Best Adapted Screenplay to “CODA” at the Oscars could then leave “The Power Of The Dog” wholly shut out until Best Picture and Best Director are announced. And while that wasn’t enough to stop it from winning Best Picture at BAFTA anyway, it might be a much taller order with the Academy.

For pretty much this entire season, almost no one imagined “The Power Of The Dog” could have no other wins besides Best Director before Best Picture was announced. To most, there’s still a better than average chance that won’t happen, especially since it still has the most honored screenplay of the season, and Best Cinematography is probably a coin flip at this point. But while the odds still favor “The Power Of The Dog” winning at least one of those categories and cementing Best Picture that way, we now have to consider what might happen if it doesn’t – and what kind of history would then be made, no matter who wins.

As we’ve already heard and will continue to hear over and over for a while, “CODA” is flying in the face of decades of history by trying to win Best Picture without a single loss or a single below-the-line nomination. Between that and trying to become the second-ever Best Picture winner without a DGA nomination, a “CODA” win would shatter countless Oscar bellwethers and trends that have endured for generations. Yet while all that is true, it may be time to consider what might happen if “The Power Of The Dog” is in that same boat as well.

As unlikely as it may still be for “The Power Of The Dog” to lose every category before the final two, what might happen if it did? If it was shut out until Campion’s likely victory, and if “CODA” is the one to defeat it for Best Adapted Screenplay after Kotsur’s likely Best Supporting Actor win, then wouldn’t history be shattered if either of them wins Best Picture? In that scenario, would it really be that outlandish for “CODA” to win like no other Best Picture in our lifetime has before it, if a win for “The Power Of The Dog” would be unlike any in our lifetime as well? Or if both of those outcomes are just too impossible to fathom, could “Belfast” then sneak past them with a rare, but not quite as rare, Best Picture/Best Original Screenplay only combination after all? Of course, “CODA” winning with just three nominations, no DGA nomination, and no below-the-line nominations would still be more mind-boggling, in a historical context, than “The Power Of The Dog” winning nothing but Best Picture and Best Director. But if both historic outcomes remain in play at about 10:50 p.m. est on March 27th, then if one is still possible, the other might as well still be too.

In the ultimate kick in the pants, this whole thing might well be decided before the show even starts. Out of the eight categories being tape-delayed, “The Power Of The Dog” is nominated in four of them, including Best Cinematography and Best Editing. If it wins one of those categories before showtime, that should settle the whole thing then and there, even if the film loses Best Adapted Screenplay and all its actors lose. Given that “The Shape of Water” won Best Score and Best Production Design before its Best Picture and Best Director sweep in 2017, even one early technical win, let alone two, should be enough for “The Power Of The Dog” to rest easy over the next three hours. In that scenario, there will really be nearly nothing left to hold our interest all night, at least in terms of wins and losses. Now that the Critics Choice Awards drained away the chaos of Best Actress on behalf of Jessica Chastain, and now that Kotsur has joined Campion, Will Smith, and Ariana DeBose as likely above-the-line steamrollers, there will be almost no suspense left in this final stage of Oscar season unless “CODA” keeps its Cinderella story going. Best Original Screenplay’s “Licorice Pizza” vs. “Belfast” showdown may yet be an exception, and Best Adapted Screenplay could still produce an upset for “Drive My Car” even if “CODA” doesn’t finish the job. Otherwise, this will be a by and large incredibly boring finale, unless Best Picture goes in a way that it hasn’t gone since before World War II, one way or another.

If there is yet one more sign for such an outcome, it will come at the Producers Guild Awards on March 19th, where “The Power Of The Dog” and “CODA” have their first showdown on a preferential ballot. Should “The Power Of The Dog” prevail as expected, that will likely be considered the death blow to all other challengers, even though “1917’s” own PGA and DGA victories didn’t stop it from losing Best Picture to “Parasite” – which won SAG just like “CODA” did – two years ago. But if “CODA” wins the PGA, people will still point harder than ever to all the stats against it until it can prove for sure the Academy is ready to ignore them. Yet it may well ignore quite a few of them no matter who wins. We may be truly desperate at this point for any level of suspense left, which may be as much a factor for “CODA’s” unparalleled rise as anything. But we now have a baseline for a scenario where “The Power Of The Dog” could be as much of a stats-shattering winner as “CODA” would be. If that is what Best Picture comes down to, it may well be the nail-biting outcome that salvages what would otherwise be the most predictable Oscar night in years.

What are your thoughts on the results from this weekend? What do you think is going to win the PGA? Please let us know your thoughts in the comments section below or on our Twitter account and be sure to check out the Next Best Picture team’s latest Oscar predictions here.