Will “Belfast” Bring Kenneth Branagh Back To The Oscars? 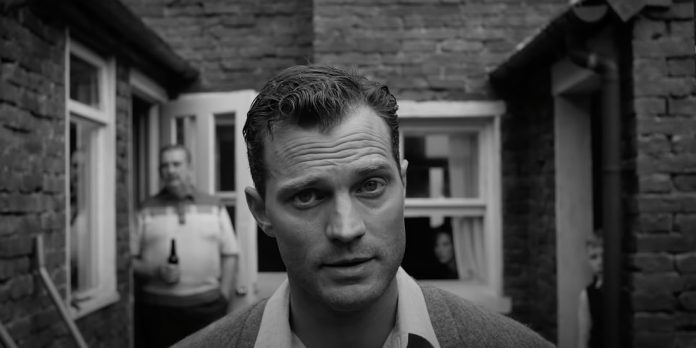 Early reactions to Kenneth Branagh’s “Belfast” arrived Thursday evening soon after its world premiere screening at the Telluride Film Festival. Over a week before its originally scheduled premiere at TIFF, Telluride audiences emerged from the Werner Herzog Theatre, with their expectations met seemingly exactly as predicted. Critic Tomris Laffly noted that it was “sweet if somewhat unremarkable” and a story Branagh “had to get out of his system,” as Kris Tapley labeled it as “One from the heart.” Both indicated an inevitable comparison to Alfonso Cuaron’s “Roma,” one made even stronger given the recently released poster of bright yellow text on a black-and-white photograph. It’s clear what Focus Features is going for here.

After the North American premiere of “Roma” at Telluride in 2018, the film quickly became a frontrunner in the awards race. Given Branagh’s respected and somewhat grandiose reputation and the film’s similarly intimate subject matter, he stands a solid chance of navigating his way into the Best Director competition as Cuaron did, in tandem with a potential Best Original Screenplay nomination. However, “Roma’s” inability to snag the title of Best Picture could prove an indicator of “Belfast’s” own fate. While the specific peculiarities of “Belfast” may be what it gets the necessary attention to enter the race, these same personal (and to some inaccessible) touches may hold it back from resonating with Academy members.

Among its actors, “Belfast” could prove to be an interesting career and awards opportunity for supporting actor Jamie Dornan, who’s recently varied body of work has received both praise for his comical performance in “Barb and Star Go to Vista Del Mar” and head-scratches for his role in the much-reviled “Wild Mountain Thyme.” Caitriona Balfe, known widely by TV audiences as the lead in “Outlander,” finally has the chance to breakthrough in American film with her performance. Of course, Dame Judi Dench must be taken into consideration as a contender for Best Supporting Actress, perhaps echoing the success of Yuh-Jung Youn in Isaac Lee Chung’s “Minari.” Speaking of which, newcomer Jude Hill, through whose eyes the film’s action takes place, could easily find himself the adorable child star of the moment, a title previously held by internet sensation Alan Kim.

Aside from its acting prospects, “Belfast” is primed to receive at least nominations in various other categories. From “Cold War” to “The Lighthouse” to “Mank,” black-and-white period pieces are almost guaranteed to receive a cinematography nomination (and not unlikely to win). If the trailer is any indication, Branagh’s “most personal film” checks all the boxes of a typical awards contender, possessing both artistic and critical merit while appealing to the masses as a classic tale of innocence lost. Taking inspiration from French New Wave and Italian Neorealism, audiences will likely be affectionally reminded of classics such as “Cinema Paradiso,” “Bicycle Thieves,” “The 400 Blows”, or “Pather Panchali,” in which the wide-eyed perspective of a child allows for fantastical storytelling set amongst a harsh reality.

It’s a long race ahead, and these are early days. Paolo Sorrentino’s “The Hand Of God” could swoop up “Belfast’s” narrative and momentum as it also tells its director’s personal life story. Either way, Focus Features appears to have perhaps a more accessible version of what Alfonso Cuaron gave us in 2018, which could help this particular black and white semi-autobiographical film go even further in the Best Picture race. Toronto reactions will come next, followed by regional festivals until its eventual theatrical release in November. If anything, we’re just happy to see Kenneth Branagh making a good film again.

So what do you think of the reactions to “Belfast” so far? Do you think it will be a major awards player this season? Let us know in the comments section below or on our Twitter account.