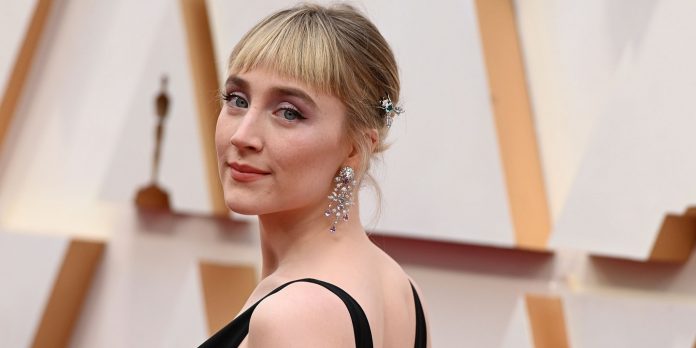 ​Saoirse Ronan turned 26 on April 12th and has already accomplished a career’s worth of achievements. Within a 17-year career, Ronan has 33 acting credits to her name that range in television and film across a multitude of genres. Within pop culture and Hollywood, Ronan is one of the most acclaimed actresses of her generation, but can her 26th year bring another career milestone?

The American born Irish actress has been acting since she was nine, making her mark in 2007’s “Atonement” where she earned her first Oscar nomination for Best Supporting Actress at the age of 13. Even though she lost to Tilda Swinton, Ronan stayed in Hollywood and continued to work with acclaimed artists like directors Peter Jackson and Wes Anderson, Cate Blanchett, and reunited with Joe Wright in 2011’s “Hanna”. But Ronan was no longer the supporting player, now in her teens, she was the female lead in almost every project she was in.

In 2016, at the age of 21, Ronan earned her second Oscar nomination. This time, it was for Best Actress in John Crowley’s “Brooklyn”. Strangely, in her 22nd project, this was the first time Ronan used her native dialect in a project. The film was greeted with wide praise and went on to be nominated for two more Oscars. During the award circuit, Ronan even won the British Independent Film Award for Best Actress. Even though “Brooklyn” didn’t take home an Oscar that night, Ronan was back in the Hollywood lexicon, but not as the little girl from “Atonement” anymore, rather as a mature actress with the potential to be a movie star.

Of course, it only took two years for the world to catch up to what Hollywood and cinephiles knew about Ronan. In 2017, “Lady Bird” premiered and quickly took the world by storm. Greta Gerwig’s coming-of-age story about a senior in Sacramento and her relationship to her mother struck the hearts of nearly every theatergoer. Ronan, in the lead role, and the film itself, took the awards circuit by storm and ended up on Oscar Sunday with five nominations. Not only did Ronan establish herself as the actress of her generation by nabbing her third Oscar nomination at the age of 23, but it also introduced us to the collaboration of Ronan and Gerwig who reunited in 2019’s “Little Women”. Like “Lady Bird,” “Little Women” was greeted with positive acclaim and ended the year off with six Oscar nominations including Best Picture as well as one for Ronan in Best Actress. This was her fourth Oscar nomination.

​Currently, Ronan is the second youngest four-time Oscar nominee in Oscar history (Jennifer Lawrence, who currently holds the title, only beats her by a few months) and is showing no signs of slowing down. She’s constantly referred to as “her generation’s Kate Winslet”: a young actress who’s ever-changing and constantly shocking the audience with her performances. Both Winslet and Ronan have only used their real accent once (Winslet in “The Holiday”) and are known to constantly be nominated for awards and rarely win (Winslet won her Oscar on her sixth nomination). Winslet also currently holds the record for the youngest person to acquire six Academy Award nominations at the age of 33, but Ronan is quickly approaching that title.

Funny enough, Ronan’s next major project, aside from Wes Anderson’s “The French Dispatch,” is “Ammonite” where she stars opposite Winslet herself. The film, written and directed by Francis Lee (“God’s Own Country”), takes place in 17th century England where Mary Anning (Winslet), a fossil hunter, explores a relationship with a younger Charlotte (Ronan). The film also features Fiona Shaw, Gemma Jones and Alec Secareanu in supporting roles.

Recently, Neon acquired the U.S. and Canada rights to the film and intended to release it at the end of 2020. However, this was all done before the coronavirus pandemic put the movie industry at a sudden halt. With the abrupt cancelation of film festivals around the world, and rearranging release dates of supposed summer movies, it’s still unsure if “Ammonite” will get released this year. But whenever it does, with two Oscar record-breaking actresses in a period love story, one can assume it will demand the Academy’s attention.

Only time will tell if this role will finally be the one Ronan needs to walk up onto that Oscar stage. It could easily earn Winslet her eighth nomination and Ronan her fifth, but if I was a betting woman, a film that feels like Winslet handing the baton to Ronan sounds pretty golden to me. If the stars align, 2020 (or 2021) might just be Saoirse Ronan’s year after all.

Are you currently predicting Saoirse Ronan to finally win an Oscar this year? If not now, when? Let us know your thoughts in the comments section below or on our Twitter account.