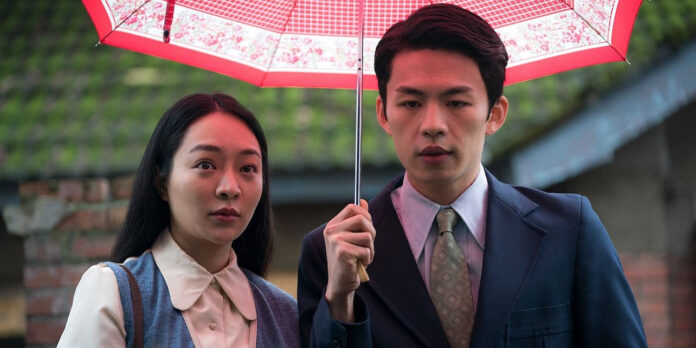 ​​Having the opportunity to see stories from a different perspective will always be valuable. These points of view bring a fresh interpretation to not only traditional storytelling tropes but to familiar themes that encompass them as well. Recently, there has been an even greater emphasis on how immigrants find their place in new surroundings and adapt their sensibilities in a complicated future. “Tigertail” is another exploration of this topic, and while it often contains mixed results, the final product is one that features profound statements on the pains felt by leaving one life behind for the chance to start something new.

The film centers on the life of Pin-Jui (Lee Hong-chi), a Taiwanese man living out his life as best he can. He devotes much of his time to his mother, with whom he works alongside doing manual labor in the local factory. He also has a slowly simmering romance with Yuan (Fang Yo-hsing), a childhood friend that he feels destined could never be his partner due to their clashing economic backgrounds. However, Pin-Jui receives an offer from his boss to relocate to America – a burning desire of his for some time – in exchange for marrying his daughter and providing a life for her. He reluctantly accepts and spends the ensuing decades establishing his place in this new world while also building years of tension with his family, which include a strained relationship with his daughter.

Much of what makes this an engaging story is not readily apparent in the first act. There’s little momentum in the beginning and the storytelling feels disjointed and clunky. It’s a shame because writer-director Alan Yang is clearly talented, but the setup with these characters never feels like it has a natural flow. Apart from the lush cinematography, there isn’t much that aides one in getting lost in this world. However, things soon settle in, and much more thematic depth is portrayed. This is a greater accomplishment of the script, whereas Yang’s direction is competent but never crosses into the realm of extraordinary.

Still, Yang’s screenplay does manage to touch on some resonate themes that are quite endearing. At the center is the examination of a life in transition, one that goes from carefree to jaded in the years of hardship. While these are subjects seen before, there’s a unique quality seeing them played out with this particular point of view. This story shows how that adaptation morphs certain connections to the past into ways that can hinder and poison relationships, mostly through small ways. The depiction of quiet suffering in the name of supporting one’s family is a fascinating portrait, particularly in how it can lead to such animosity. These are familiar tropes that find a more powerful resonance in a new context, and Yang does an admirable job of showcasing this.

The performances range from memorable to mediocre here, but the obvious highlight is Tzi Ma. He plays the older version of Pin-Jui, a man advanced in his years and carrying the weight of a life filled with regret that must never slip behind a proud façade. There’s a lot of subtle work here to show an inner turmoil that he portrays with sincerity and heartbreak, and he brings such power whenever he’s onscreen. This is also felt in the moments he shares with Christine Ko who plays his daughter. Her early scenes are a bit of a struggle, but she manages to find a deep resonance with her performance that conveys much of the emotional impact of the story. Most of the actors are competent if not impressive. Fang and Lee have nice chemistry in their scenes together, though they don’t come across as the most gifted performers. There are good performances in this cast, but it’s not seen in the entire ensemble.

Overall, there’s a graciousness afforded to the storytelling here that does make “Tigertail” quite endearing by the end. However, it does take some time to get there. The beginning doesn’t set the mood that well with its filmmaking or performances, and it isn’t until things settle into a groove that the whole thing starts to become effective. This is owed greatly to Yang’s intelligent writing, along with some heavy lifting by Ma’s great central performance. It’s all to show yet another shade in a diverse field of stories that aim to bring to light very specific perspectives. Even while the results may not be completely successful, they’re incredibly worthy of consideration.