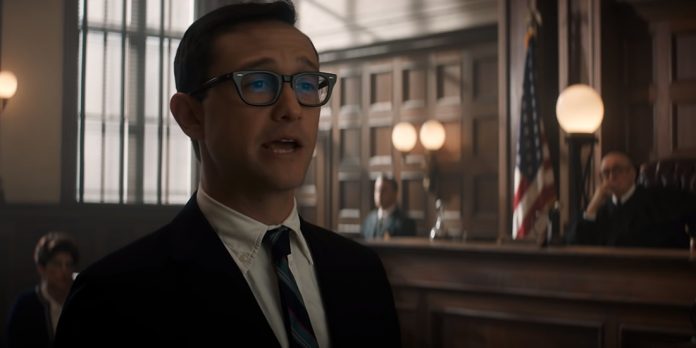 ​Aaron Sorkin’s latest film, “The Trial of the Chicago 7,” recently lost the Writer’s Guild Award for Best Original Screenplay, which many Oscar pundits believe will doom the film’s chances to win Best Picture at the Oscars. There has been a strong correlation in the preferential ballot age, that the Screenplay categories, instead of Best Director, are the ones being tied the most to the Best Picture winner. Emerald Fennell’s “Promising Young Woman” instead took home the WGA Award, making it the new Oscar frontrunner for Best Original Screenplay. It has been thirteen years since a woman won Best Original Screenplay, the last winner being Diablo Cody for “Juno” in 2007. But in the Oscar race, it’s not time to discount Sorkin or “The Trial of the Chicago 7” quite yet.​​

​Sorkin has had a career most writers can only dream of with success in television, theater, film, his work as a producer, and now his work as a director. But as we know, with success comes jealousy and his trophy case has some notable omissions as a result.

Sorkin received his first Best Original Screenplay Oscar nomination this year for “The Trial of the Chicago 7.” He has now joined a small club of writers who have received nominations in both screenplay categories. Sorkin’s first Oscar nomination and win was for “The Social Network” in 2010. He followed that up with another nomination for “Moneyball” (shared with Steven Zaillian and Stan Chervin) in 2011. He was again nominated for Best Adapted Screenplay for his directorial debut for “Molly’s Game” in 2017.

While no one would complain about having an Oscar win and an additional two nominations, Sorkin has been notably snubbed in the past. One of his most iconic films, “A Few Good Men” (1992), would receive an Oscar nomination for Best Picture. Still, Sorkin’s screenplay, which did receive a Golden Globe nomination, was snubbed by the Academy of Motion Picture Arts & Sciences. His first foray into politics with “The American President” (1995) would land him another Golden Globe nomination and his first WGA nomination, but again, he was snubbed at the Oscars. “Charlie Wilson’s War” (2007) would also receive Golden Globe and Critics Choice Award nominations, but Sorkin was snubbed by the Oscars again. Most baffling was his snub for “Steve Jobs” (2016) after winning the Golden Globe for Best Screenplay and receiving BAFTA, Critics Choice, and WGA nominations.

Sorkin may have had his breakthrough film year with “The Social Network,” but he became a household name thanks to his hit award-winning television show, “The West Wing.” The show would win four consecutive Emmys for Best Drama Series (2000-20003) and a Golden Globe for Best Drama TV Series in 2001.

Sorkin’s first Emmy nomination was for the critical and cult favorite “Sports Night” (1999). His work as a writer on “The West Wing” would only win Outstanding Writing for a Drama Series and the WGA Award for Episodic Drama once for “In Excelsis Deo” (shared with Rick Cleveland in 2000) for its first season. Sorkin would go on to receive an additional three consecutive Emmy nominations (2001-2003) but walk away empty-handed for all three. This was partially because of its chief competition, “The Sopranos,” and what would be the end of Broadcast television’s stranglehold over the Emmys.

To recap, for Sorkin’s illustrious writing career, he has; one Oscar, one Emmy, two Golden Globes, one BAFTA, two competitive WGA Awards, and an Honorary WGA Award, The Laurel Award for TV Writing Achievement. This doesn’t seem like a lot for a career like Sorkin’s, who is consistently regarded as one of our lifetimes’ superstar writers.

​So why is it jealousy and not just bad timing? Look at David E. Kelly, another mega-successful writer and producer who’s a well-known name by the public. Kelly is the first person in Emmy history to win both Outstanding Drama Series for “The Practice” and Comedy Series for “Ally McBeal” in the same year (1997). But for all his success, he’s only won an Emmy once for writing for “L.A. Law” (1990) out of 12 nominations. Most notably, his last writing nomination for the Limited Series “Big Little Lies” (2017) would go on to sweep five of the top prizes at the Emmys, with its only loss being for Kelly’s writing. How does this happen? Writers solely vote on the Emmys and WGA Awards. Even leaving the names off the Emmys’ ballots doesn’t mean the voters aren’t aware who put pen to paper. If a voter knows the writer is also about to win for producing, they may want to cast their vote for someone else.

So what does this mean for Sorkin’s once Best Picture hopeful “The Trial of the Chicago 7?” Well, it’s still a Best Picture hopeful. They’ll try and recover by winning at the PGA Awards or the SAG Awards for Best Ensemble. Recent history has shown us that a Best Picture winner needs to win only one of either WGA, PGA, or SAG to win Best Picture with “Green Book” only winning the PGA the year it won, “Moonlight” only winning the WGA and “12 Years A Slave” also only winning the PGA. It usually helps to have a combo of these awards though. “Parasite” won both the WGA & SAG. “The Shape Of Water” won the PGA & DGA. “Spotlight” won the WGA & SAG. A win at the PGA would be huge since the producers also use the same preferential voting system that the Oscars use. Sorkin will again face off against Fennell on her home turf at the BAFTA’s for Best Original Screenplay, but many are expecting Fennell to prevail there as well.

We should all pay close attention to the Screen Actors Guild Awards though. “The Trial of the Chicago 7” is up for three awards; Ensemble, Supporting Actor (Sacha Barron Cohen), and Stunts. It is the heavy favorite to win Ensemble as it won the same award at the Critics Choice Awards, and not many people can rally behind a strong number two to challenge the top-heavy cast from Sorkin’s latest. This would give Sorkin and “The Trial of the Chicago 7” hope come Oscar Sunday to win Best Original Screenplay still and also Best Picture. Why? It’s simple: actors LOVE Aaron Sorkin! “The West Wing” swept the Drama Television races winning Ensemble and individual performance awards by a male and female actor twice in 2001 and 2002. The actors drove the love for that show. Will the same hold true here?

It’s entirely possible that Sorkin could lose both the WGA and BAFTA and still win the Oscar for Best Original Screenplay. Why? No, not because he won the Golden Globe. It’s because of Actors and Producers—the entire academy votes on the Oscar winners. Keep in mind that at last year’s Oscars, “Parasite” director Bong Joon-ho upset Golden Globe, BAFTA and DGA winner Sam Mendes (“1917“) for Best Director. It may have been in no small part thanks to the largest branch of the Academy, the acting branch. “Parasite” did also happen to win SAG Ensemble, which provides evidence to that theory.

So, while I’d love to see another woman win Best Original Screenplay, this race is far from over. You cannot discount Aaron Sorkin and “The Trial of the Chicago 7” yet. And with the film looking like the frontrunner in another Oscar category, Best Film Editing, it could be looking like another “Argo” or “Crash” where it pulls in Best Picture, Best Original Screenplay & Best Film Editing on Oscar night (“Argo” was also famously missing a Best Director nomination, same as “The Trial of the Chicago 7“). PGA & SAG will tell the full story. If it loses both of those, then the writing will be on the wall. However, all it needs to turn the tide is just one of them. Which one will it be? The Producers Guild Awards are being held on March 24th, and the SAG Awards are on April 4th, so we’ll find out soon enough.

What do you think is going to win the Oscar for Best Picture? Do you think “The Trial of the Chicago 7” can still win either the PGA, SAG or both? Let us know in the comments section below or on our Twitter account and be sure to check out our latest Oscar predictions here.