Why Viola Davis Is The Deserving Frontrunner For Best Actress 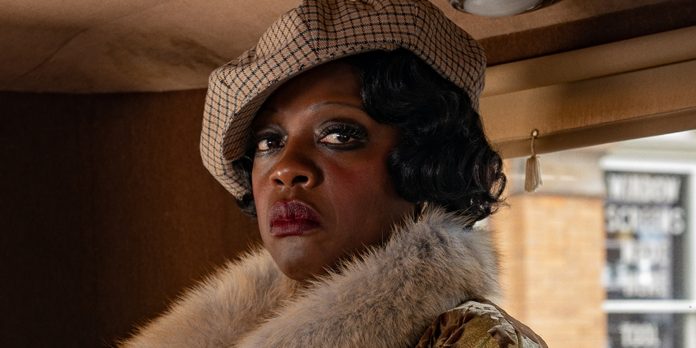 ​Halle Berry became the first Black woman to win the Academy Award for Best Actress in 2002. Until that point, 74 award ceremonies came and went without the Academy of Motion Picture Arts and Sciences selecting a Black woman as the Best Actress performance of the year. As we enter this awards season, Berry remains the only Black woman to ever win the title of Best Actress. There have only been 12 nominations in the Best Actress category in which Black actresses have had a seat at the table. This indescribable injustice exemplifies the lack of acknowledgment and the lack of opportunities women of color have had within the film industry since its inception. To quote Viola Davis, who was perhaps one of the closest women in history to follow Berry in winning Best Actress for “The Help” in 2011, after winning at the Primetime Emmy Awards in 2015, “You cannot win an Emmy for roles that are simply not there.”

However, this year, Davis herself is back in competition for Best Actress for her staggering performance as real-life, trailblazing blues singer Ma Rainey in “Ma Rainey’s Black Bottom.” Because the anticipation for this film and the performance as a hypothetical Oscar frontrunner lingered in the minds of Oscar pundits for months, her performance has been met with questionable reception after the film finally began to screen for critics and audiences. Davis’s performance and status in the Best Actress race have been met with a blockade of resistance from some pundits and voices online. These perceptions of Davis are doing an incredible disservice to the Oscar commentary simply in terms of the race. But that’s only the tip of the iceberg when considering the flagrant disrespect being circulated by this narrative of one of our industry’s most celebrated artists who is on the verge of becoming the second Black woman to win the Oscar for Best Actress.

Firstly, perhaps the most frustrating aspect of the discourse surrounding Viola Davis’s performance in “Ma Rainey’s Black Bottom” is the manner in which people are playing down her impact and role in the film. As critics began to see the film in mid-November, a cohort of Film Twitter and Oscar pundits began a campaign to strip Davis of the title of “Lead Actress” and argue that she should contend in Best Supporting Actress instead. This line of thinking was only amplified after the film’s release on Netflix in mid-December, with the discrediting of her role based on screen time. Hyperbolic statements included that she had less screen time than the other band members – which is flatly not true. Matthew Stewart published Davis’s screen time as being 26:41 (approximately 28% of the film). I would contend, for a film that clocks its total running time at about 90 minutes – a relatively short film competing for the Oscars – this is no problem for someone who is campaigning for a lead category.

More importantly, “Ma Rainey’s Black Bottom” tells the story of Levee and Ma Rainey, who each have their own parallel storylines. Ma and Levee are weighted with equal importance thematically and within the arc of the film – they are essentially two sides of the same coin. To the naked eye, this line of attack against Davis’s placement in Best Actress feels as though people are stripping a Black woman of her rightful place in the “lead” category and downgrading her achievements to a less prestigious “supporting” category, demoting her to a secondary win rather than what the role warrants. (These characterizations of lead and supporting are not my own, but rather just a realistic elitist view that unfortunately persists within the Academy in regard to these categories).

Secondly, another line of attack against Davis in the Best Actress race is that her co-star, and the clear frontrunner to win Best Actor, the late Chadwick Boseman, “overshadows” her. This, again, links back to the screen time argument. Boseman does indeed have more screen time than Davis because Levee’s journey is more charted and active than Ma’s. But again, they are equal players in a narrative that uses them to mirror each other’s journeys through the music industry in the 1920s. More importantly, this is frankly an unfulfilling argument because the last time I checked, Boseman was competing for Best Actor and Davis was competing in Best Actress – separate categories. The fact that Boseman’s monologue-filled, towering performance may be voters’ favorite performance in the film does in no way make it a binary choice between the two. They are not competing against each other. They can both win. 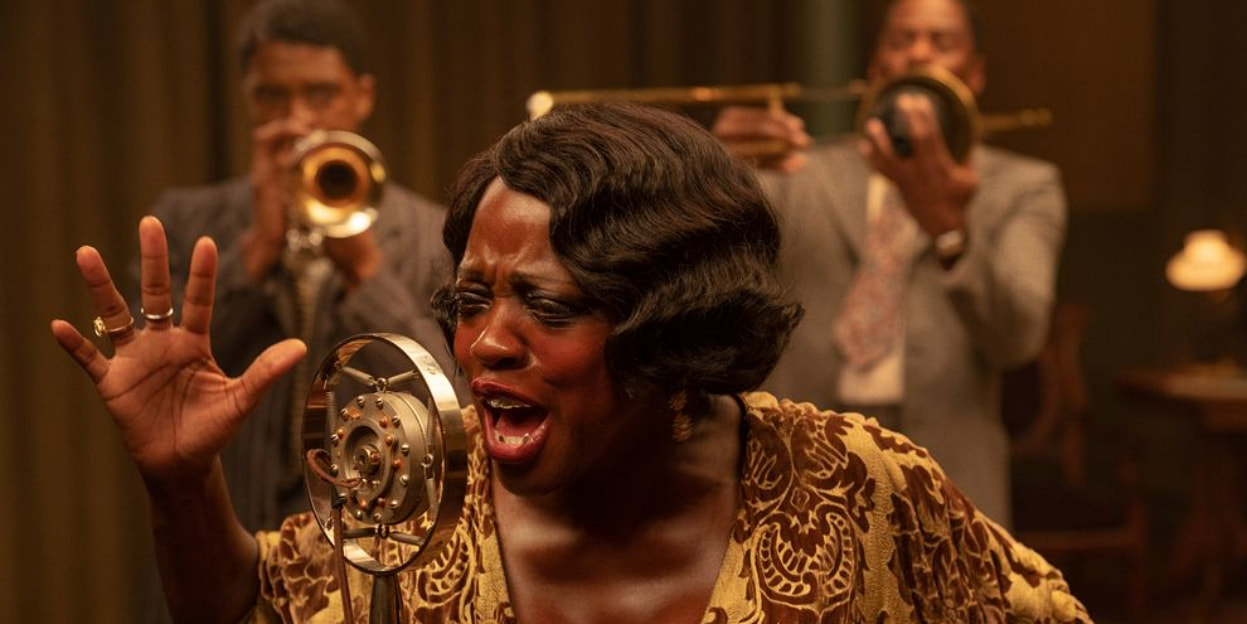 In fact, this line of thinking is even sillier considering the reality of the situation. Viola Davis will have the task of not only campaigning for herself in Best Actress, but she will also be the spokesperson on behalf of Boseman’s campaign for Best Actor. There are few people in the world who command a room like Davis. When she talks, her intense passion for the topics of which she speaks can be felt deeply, let alone when she will be describing and advocating for her late co-star giving the performance of a lifetime. In this case, Davis and Boseman are more likely to be seen as a united duo and the next people to win “his and hers” Oscars for Best Actor and Best Actress. It’s a rare feat – Jack Nicholson and Helen Hunt were the last duo to win for “As Good as It Gets” 13 years ago. But considering the profile of these two individuals, their roles, and the history-making dynamics at play, the circumstances rise to a level that justifies the rare occasion.

Thirdly, perhaps the single most insulting aspect of the discussion around Davis in “Ma Rainey’s Black Bottom” is the fact that people’s assertions about her work give the implication that she’s not worthy on a merit-level. While there is always a subjective level to every opinion, this is insanity. Davis’s performance is detailed, emotionally three-dimensional, physically overt and precise. Her performance roars even more loudly on a second viewing. I would argue that on a subjective level, Davis’s work here is the best work of her career after “Fences” and her six-year run on “How to Get Away with Murder.”

Additionally, Davis has a profile that is larger than just about anyone. Celebrities, actors, and Academy members flooded Twitter with messages of support after “Ma Rainey’s Black Bottom” premiered on Netflix. She’s one of the most respected figures in Hollywood, and there’s an overwhelming sense to reward her with a formal Best Actress Oscar after her borderline-leading role in “Fences” led her to a Best Supporting Actress win four years ago. Viola Davis is a giant in the film industry, and she has only continued to raise her profile over the past decade since she came within inches of winning Best Actress for “The Help.”

Fourthly, something that’s being ignored by prognosticators is the fact that Davis’s path to Oscar victory is so, so easy and clear. “Ma Rainey’s Black Bottom” is a surefire Best Picture nomination, and it’s much easier to win Best Actress if the actress’s film is nominated for the high prize. The only other contender for Best Actress whose film is locked for a Best Picture nomination is Frances McDormand in “Nomadland.” Fortunately for Davis, McDormand won her second Best Actress Oscar for “Three Billboards Outside Ebbing, Missouri” three years ago, and the Academy is often very reluctant to reward actors with three Academy Awards, let alone so closely together. No one in the Academy is going to subscribe to the idea of giving Frances McDormand a third Best Actress Oscar over giving Viola Davis her first.

Funnily enough, Davis’s path to winning the Oscar is going to look very similar to McDormand’s path three years ago: She gets acknowledged with nominations by the critics’ groups without any huge wins, but then once the televised awards begin to hand out the winners, she sweeps every award along with her male co-star. Back in 2017, there was so much passion shooting in five different directions; no one really settled on McDormand until she won the Golden Globe. The same can happen here, but there is an even stronger case for Davis, who is playing a real-life historical figure and has an iron-clad Oscar narrative at the perfect moment in time. The United States just elected our first-ever woman and first-ever Black American of South Asian descent to the position of Vice President. This significance and representation will not go quietly into the night when only one Black woman has ever won Best Actress.

I understand that we all have our favorites. I know Vanessa Kirby has an enormous fanbase for her work in “Pieces of a Woman.” Critics groups are rewarding McDormand’s flawless work in “Nomadland.” “Promising Young Woman” is my favorite film of the year, and Mulligan’s work is nothing short of masterful. However, the reality is, the stars have aligned for Davis to win for “Ma Rainey’s Black Bottom” once the industry and televised awards begin to weigh in. I would argue, because of the likelihood that Davis will win the SAG award for Best Actress, she is likely to win the Oscar. The chances of Davis winning at SAG are almost certain – she has won four individual SAG awards in her lifetime. SAG winners can take this populist route, rewarding actors they like (look at Zellweger winning her fourth SAG last year for “Judy“). It’s also worth noting that “Ma Rainey’s Black Bottom” stands a realistic chance of sweeping SAG – both lead categories and the ensemble award like “Three Billboards Outside Ebbing, Missouri.”

Even if Critics Choice, Golden Globes, and BAFTA reward elsewhere, Davis still stands a pretty focused shot at winning the Oscar. This is for several reasons. The Best Picture nomination rule and the very likely SAG win among them. For the record, I would wager Davis does win all five televised awards, but this is a most extreme “What If?” scenario:

So what do you think? Are we done with this Lead vs. Supporting argument? Do you think Viola Davis is going to win Best Actress for “Ma Rainey’s Black Bottom?” Let us know in the comments section down below or on our Twitter account and be sure to check out our latest Oscar predictions here.