Why The Television Academy Needs To Change The “TV Movie” Rules 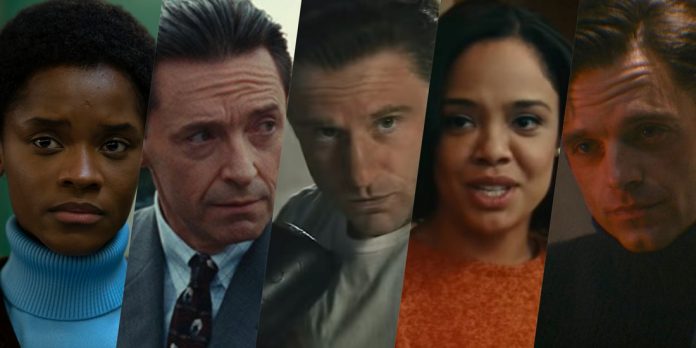 ​As we enter the final day of Emmy nomination voting, something has been gnawing at me for the last several years, and I finally feel it’s time to address it. Ask yourself, “What even is a TV Movie anymore?” This question is becoming harder to answer as the years go on and the line between film and television gets increasingly blurry, making the distinction of a “TV movie” a little redundant. Outside of the context of television awards, one would be hard-pressed to define the genre anymore. When streaming services are winning both Academy Awards and Emmy Awards, how can we determine which pieces of art should compete in which places? There is only one clear solution as time passes: eliminate the category entirely.

​When Hulu announced that “Fresh,” the thriller starring Sebastian Stan and Daisy Edgar-Jones, would compete for awards as a television movie, the important conversation was reignited yet again; When is a movie not a movie? Is that determined by executives making strategic awards plays? Does an awards body determine it? Or is it determined by the intentions of the filmmakers? Judging by submissions from streaming services, it’s purely based on the strategy for awards consideration. And Hulu is not the only streaming service guilty of this.

In 2020, Amazon Prime submitted “Sylvie’s Love” to the Golden Globes as a feature film, yet simultaneously submitted it to the Emmys as a TV Movie, where it was eventually nominated. That same year, their film “Uncle Frank” premiered at Sundance and despite being made to be acquired by a theatrical distributor, was picked up by Amazon and it too received an Emmy Nomination for Outstanding Television Movie. This year, Apple TV+, hot off their Oscar wins for “CODA,” is submitting their A24 film “The Sky Is Everywhere” to the Emmys as a TV Movie. Again, what makes one a TV Movie and the other a movie movie?

The Television Academy’s rules give a simple and broad definition of a television movie: “A television movie is defined as an original program, which tells a story with a beginning, middle, and end, and is broadcast/streamed in one part with a minimum running time of 75 minutes.” Notably not included in that definition is what sets a television movie apart from a non-television movie. The only relevant rule states that “any program that has been nominated for an Oscar is no longer eligible to enter the Primetime Emmy Awards competition.”

The arbitrary distinction is becoming too glaring to ignore anymore. Films produced for theatrical release are getting dumped into this category after being purchased by HBO or other streaming services. Movies like “Bad Education,” the Emmy for Outstanding Television Movie winner in 2020, was not produced to compete with the likes of “Dolly Parton’s Heartstrings: These Old Bones.” It is a disservice to the filmmakers and devalues the Emmy Award itself when such unfairness is being presented to the voters. These are two different mediums being smashed together so that studios can snag another award for themselves. So what is the best solution?

It is time to revert the category back to its name from 30 years ago: Outstanding Drama or Comedy Special. Recent nominees such as “Robin Roberts Presents: Mahalia,” “Unbreakable Kimmy Schmidt: Kimmy vs. the Reverend,” and last year’s winner “Dolly Parton’s Christmas on the Square” were clearly made for television and deserve to be recognized as such. Classifying them as “specials” makes perfect sense.

With this change, there still needs to be a clearly defined distinction between a special and a movie. A simple tweak to the Television Academy’s current rules could be all this needs to become a reality. It could be defined as a special, an original program produced to be broadcast or streamed on television, which tells a story with a beginning, middle, and end, with a minimum running time of 75 minutes. The key distinction of the intention of the production makes a big difference. “Bad Education,” “Fresh,” “The Sky Is Everywhere,” and HBO’s “The Survivor” were never intended to be television movies and should, therefore, not compete as such. Many of HBO’s legendary winners over the years, like “The Normal Heart,” “Game Change,” and “Wit,” would still qualify, as they were explicitly made for the medium of television.

Of course, this isn’t a foolproof change. Streamers could easily still submit movies produced directly for their platform as a “special” in this category. The helpful adjustment, however, is that it moves away from the outdated phrase “television movie.” It’s also unlikely that streamers would want to promote films like “Fresh” or “Bad Education” with the less prestigious title of “special.”

I believe it is time to eliminate the phrase “television movie” altogether. Remember two years ago when Academy Award winner Steve McQueen gave us the “Small Axe“ anthology film series and confused the awards punditry world receiving both film and television award nominations and wins in the same year? Though a film made for and airing on one of the broadcast networks would still make sense as a “television movie,” how often does that happen anymore, let alone get recognized by the Television Academy? Calling these works “specials” is more appropriate and creates the distinction between movies made to be movies and specials produced for television.

As streamers continue to dominate the television landscape and broadcast networks continue their decline, maintaining the distinction between films and television must be more than an awards strategy. Let films compete with films, and television compete with television. Changing the Outstanding Television Movie category is a vital step toward eliminating the confusion and absurdity altogether.

Do you agree with me that the Outstanding Television Movie category is in need of a change? What are you currently predicting to be nominated or win the category at this year’s Emmy Awards? Please let us know your thoughts in the comments section below or on our Twitter account.