Why The Oscars Still Matter 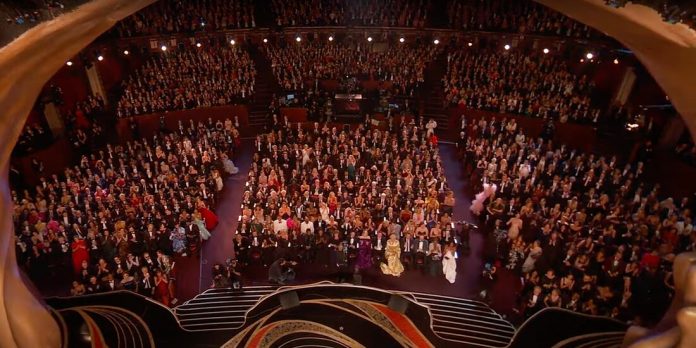 Every year, as Oscar obsessives push back against the implementation of preposterous adjustments or additions to the ceremony, express their concern about populist pictures potentially crowding out underseen but more artistically audacious indies, or simply profess their passion for their personal picks and predictions in contentious categories, they’re often met with the same condescending question from casual onlookers: “Why do you care so much?” In truth, to someone outside the Oscar blogger sphere – and the entire cinephile community – it’s easy to see why the Oscars might not be a top priority. With the world currently engulfed in war and prejudiced politicians launching more attacks on the LGBTQ+ community with every passing day, it may seem that there are more important topics to exert energy into.

​However, those who think our excitement over the Oscars is spurred by this one single annual event are sorely missing the point. It’s our affection for art in general that brings us together – art as activism, art as escapism, and art for art’s sake – and if someone can’t see the intense influence that art has over every facet of our lives or recognize its ability to make tangible change in the world, there’s not much more that can be said. Until the end of time, art – and in this case, film – will be needed to speak truth to power, share underrepresented stories, and soothe our souls. And as long as the Academy of Motion Pictures Arts and Sciences remains the premier institution for recognizing excellence in the medium of motion pictures, we will continue to care about their professional conduct and the choices they make regarding the films they agree to acknowledge and award.

Even as recently as a decade ago, the film industry was flourishing with representation from films across all genres and budgets, making up the highest-grossing titles of a given year, illustrating how art and commerce could coexist in the modern media marketplace and allow movies of all makes and models to reach the mainstream. The top 15 highest-grossing domestic releases of 2012 could include both “Lincoln” and “The Avengers,” and this wasn’t an oddity by any stretch of the imagination – the 16th president of the United States was a box office pull right alongside Batman (“The Dark Knight Rises”) and Bella Swan (“The Twilight Saga: Breaking Dawn – Part 2“). But, it’s not 2012, and this isn’t how the world works anymore. Problems with the pandemic notwithstanding, we now have to face the reality of a modern audience that, for the most part, only seeks to go to the movies for a superhero film or a sequel, with nothing else occupying the top 10 highest-grossing films of 2021 (domestically). Additionally, the highest-grossing film overall, Marvel’s “Spider-Man: No Way Home,” earned nearly $600 million more domestically than the runner-up (also a Marvel film, “Shang-Chi and the Legend of the Ten Rings“). Even in years featuring previous box office record-breakers like “Avatar” and “Star Wars: The Force Awakens,” there was never this much of a disparity between the earnings of the title that came out on top and ‘everyone else.’ But now more than ever, the big studios and International Property (IP) take up all of the oxygen, while there’s less and less for the ‘little guys’ (sometimes even simply ‘smaller’ blockbusters!) to divide amongst themselves.

Therefore, it’s been up to the independent distributors – A24, Neon, Focus Features, Searchlight Pictures, etc. – to pick up the slack and make one last stand for the presence of original stories in cinema, and specifically, those you can see in a physical theater. But, sadly, this isn’t even 2017 anymore, where Searchlight’s “The Shape of Water” and “Three Billboards Outside Ebbing, Missouri” can earn, respectively, $63 million and $54 million domestically. Even while “Star Wars: The Last Jedi” wins the year overall with $620 million. In 2021, their releases “The Eyes of Tammy Faye” ($2.5 million), “The French Dispatch” ($16 million), and “Nightmare Alley” ($11 million) all tanked terribly, right as “”Spider-Man: No Way Home” was packing audiences in for thirteen weeks straight. The theatrical audience is there, but there is just only one story they’re interested in nowadays, and it’s the sort of cinematic spectacle that most independent films don’t – and can’t – offer.

Streaming has tried to pick up the baton to champion independent cinema in light of these theatrical troubles, but let’s be honest – as great as it is that Netflix is continuing to put out challenging works of art from our most accomplished auteurs like “Roma” and “The Power of the Dog,” they’re still never going to match the viewership numbers of fun populist fare like “Red Notice” or “Bird Box.” So, when it seems like most of the mainstream no longer has an interest in indie films or movies with anything other than commercial gains on their minds, the Oscars become the last bastion of the preservation of film as an art form.

To the fury of many Marvel fans, this is why so many Oscar devotees disparaged the idea that “Spider-Man: No Way Home” be included in this year’s Best Picture line-up. Even aside from the fact that the film wasn’t made with the intention to advance the cinematic medium in any significant way or serve up a socially significant story, the movie simply doesn’t need a Best Picture nomination the way that films like “CODA,” “Drive My Car,” and “Licorice Pizza” do. These films have something significant to say and deserve to be remembered by the masses for years to come and be appropriately awarded for their artistic achievements. “Spider-Man: No Way Home’s” $800 million at the domestic box office – and the nearly $2 billion it’s amassed worldwide – is reward enough. In an industry inundated with IP, a movie doesn’t get a Best Picture slot just because it made a lot of money, especially after films of its ilk have squeezed out any (and almost all) cinematic stories of substance.

However, this isn’t to say that art of substance cannot come from the superhero genre (Best Picture nominee “Black Panther” is evidence enough) or that all blockbusters are brainless (“Dune” is an exceptional example of using a blockbuster budget to blend art and commerce and break the boundaries of what spectacle cinema is capable of showcasing). But if you’re a big-budget IP-influenced production that wants to break into the Best Picture field, you have to do more. Without a Best Picture nomination, “Drive My Car” – and its writer-director Ryusuke Hamaguchi – would’ve only been mentioned in the most minute cinephile circles in the years following its release. Now, it’s branded an Oscar nominee for eternity, a historical distinction that also elevates the status and sway of Hamaguchi exponentially. In contrast, “Spider-Man: No Way Home” will be adored for ages even in spite of its “snub,” as its mammoth box office numbers alone assure that.

As expressed in their mission statement, the Academy of Motion Pictures Arts and Sciences exists to “recognize and uphold excellence in the motion picture arts and sciences, inspire imagination, and connect the world through the medium of motion pictures.” So if they decided to abandon these values and just let in the most popular pictures of the year or the movies that made the most money, originality, and creativity in cinema would cease to exist overnight. Simply put, the Oscars are one of the few things preventing the annihilation of all art that dares to challenge audiences’ convictions, portray provocative subject matter our society shies away from, or merely share stories that have been hidden from history for far too long because those in power didn’t deem them important. If the Oscars weren’t around to acknowledge and award these films and filmmakers, who would? What would inspire artists to make original movies in the first place (and studios to support them)? And even if they could still manifest that motivation on their own, how would their work reach the masses without the Academy’s clout? This doesn’t imply that the Oscars always get it right or aren’t occasionally swayed by colorful campaigns and showy star power. Like any institution, they’re imperfect (look no further than the egregious decision to confer awards in below-the-line categories off-air this year). But it is an undeniable fact: without them entirely, art as a whole would be in an even worse place than it is now.

What say you? Are you going to watch the Oscars tomorrow? What do the Academy Awards mean to you? Check out the Next Best Picture team’s final Oscar predictions and enter into our contest to predict the winners here, and let us know your thoughts in the comments section below or on our Twitter account.