Why “Sorry To Bother You” Deserves Academy Award Recognition 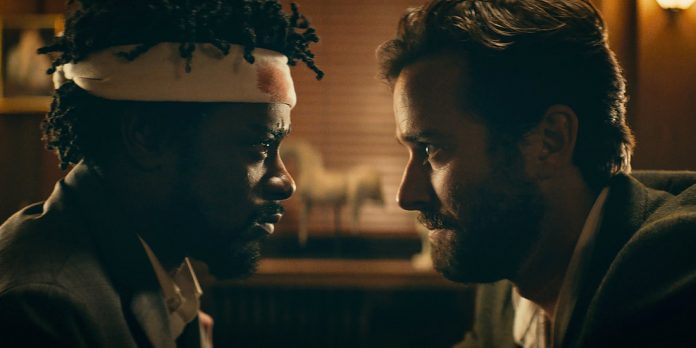 ​​”Get Out.” “Her.” “Eternal Sunshine Of The Spotless Mind.” “Pulp Fiction.” “Chinatown.” “Citizen Kane.” All of them Oscar winners for Best Original Screenplay. All of them considered some of the greatest screenplays ever written. The Best Original Screenplay category at the Oscars is typically a tough category to crack so very early on in the Oscar race due to how many original screenplays are produced and released theatrically per year. Some of them do worse than others. However, when all is said and done, we are usually left with a large number of contenders every year and not all of them come from the first half of the year.

Since 2010, nine of the last forty Best Original Screenplay nominees were released theatrically in the first half of the year. While myself and a bunch of my colleagues feel that the film that has the best shot right now at scoring an Oscar nod in this category is Paul Schrader’s “First Reformed,” I would like to throw another title into consideration. The year’s most original film: Boots Riley’s “Sorry To Bother You.”

​Boots Riley may be new to the filmmaking scene but audiences and critics have responded in overwhelmingly positive fashion to his debut feature film “Sorry To Bother You.” In its opening weekend, the film made $717,302 with a per-screen average of $44,831 from only 16 theaters making it one of the highest per average openings for a limited release film this year. It will be expanding nationwide this weekend and already the buzz has started to reach a fever pitch. Holding steady on Rotten Tomatoes with a 95% critical score, film critics have been hailing the movie as daring, original, vibrant and socially/culturally/politically important. That last part is key for we have seen in recent years, the Academy’s willingness to want to reward films which present a broader dialogue to the table outside of simply “good filmmaking.” People want to feel good about the films being rewarded and when it comes to being considered “relevant” or “woke” as it were, “Sorry To Bother You” brings a ton of ideas to the table.

It manages to touch upon themes of class, success, race and more. Some have argued that not all of its ideas fully come together in its bonkers third act which involves a certain animal that stands as a symbol for Boots Riley’s larger thematic discussion. But that should not deter Academy voters or the public from recognizing the sheer brilliance on display from the rapper turned filmmaker. If anything, the courage and audacious presentation which Boots Riley brings (In his first feature film remember) should be celebrated and commemorated in an age where remakes, sequels, and IP franchises rule the box office and the public’s minds for topics of discussion.

This is not to say that this is a film for critics and not for audiences. This is a film for everyone. This is a film about America. It may seem odd at first but once people see the film for what it is, they will hopefully conclude that this is the film that we need right now. If for nothing else, then we at least need it to start a conversation amongst ourselves about its ideas and themes. Being an activist, Boots Riley certainly understands the importance and impact that his art and storytelling can imprint upon the moviegoing audience. “Sorry To Bother You” is an angry film despite how humorous and ridiculous it can be at times. That ridiculousness is used purposefully though and as a result, we should not only be getting angry but we should be asking questions, not just of ourselves but of each other as well.

Such exciting and intelligent storytelling should be encouraged instead of disregarded. My hope (And this is coming from someone who wasn’t even all that entirely high on the film upon my initial viewing at Sundance) is that Boots Riley’s screenplay, which is unquestionably the most original work of the year, gets recognized come awards season. If they want to stay true to their award’s title and nominate the best screenplays of the year for “originality” then “Sorry To Bother You” deserves to at least be in the conversation. For some, the third act’s more bizarre elements could be an easy write off but when the dust settles, I doubt they will be able to say any other screenplay this year was as original as this. It can be weird at times. But that’s only because we have never seen anything else like it before. But more importantly, we embrace it for its weirdness and brazen style because Boots Riley has something important to say, which comparatively is more than what other larger tentpole films will be able to claim this summer.

Will “Sorry To Bother You” go the same route as other Oscar-nominated or winning works from the past few years such as “Get Out” or “The Lobster?” Or will it go the same route that other daring independent festival hits went such as “Swiss Army Man” and “Colossal” and not make a dent in the Oscar race at all? All of this remains to be seen but one thing is for sure: what Boots Riley has created here is certainly memorable and worthy of praise. But hey. Don’t take it from me. If it’s playing by you, head out to a theater, see it for yourself and let me know in the comments section if you agree or not.