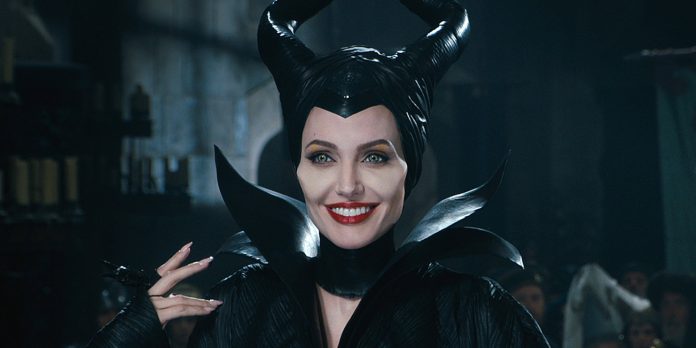 With the upcoming theatrical release of the 2019 version of Disney’s “Aladdin” and the recent trailer reveal for “Maleficent: Mistress Of Evil,” I thought now would be a good time to revisit a film which has divided people since its release in 2014. Like many girls of the eighties and beyond, I learned quickly to aspire to Disney princess status. These animated characters were an early stage setter for my view of the world and a large part of my initial grasp on good and evil.  At the time I did not realize how much the themes were telling me about my own womanhood, but nevertheless, as I aged I quickly came to terms with the pitfalls of holding out for the “happy ending” as a solution for all.  However, there is a lesson I learned much later, specifically as I was in the theater viewing 2014 live-action story of “Maleficent”, that hit me by surprise and led to my adoration of this film. ​

​It begins with the dark side of Disney. In particular, the female villains who go toe to toe with our beloved princesses. From the Queen in “Snow White”, to the Queen of Hearts from “Alice in Wonderland”, to Ursala in “The Little Mermaid”, these motherless and husbandless women wreak havoc on “the good”  with no other motivation then envy, anger, and loneliness to fuel them. The collection of films instills a fear that the “Old Maid” or childless women turn to evil to escape their pain. And with each telling of this far-reaching story device, a universal identity is created that distills in its simplest form that good exists only in marriage and motherhood.

When I sat down in the theater to see Maleficent there was a lot going on behind the scenes for me. I was in my mid-’30s and in the throws of making a very big life decision about whether or not motherhood would be a part of my journey. Something that was and is still a struggle to this day. In this decision past all the intellectual reasoning, something deeply rooted in the back of my mind would rear itself forward. What will people think? How will people judge me or label me? The haunting reminders that motherhood and wifehood meant “good” was clouding my concept of self in unexpected ways. I am passionate about my career about progressing and leading and helping others progress, but if I care about those things and am not a wife or a mother, then how will the world understand me?

Being that I spend a lot of time in the movie theater, I started noticing the lack of inspirational stories about childless or partnerless women. Subsequently, I took even greater note of the cautionary tales being told about them. It is an understatement to explain the surprise and delight that I felt when the reimagined story of “Maleficent” had a different message to share with young girls. This is not a perfect film and I am not here to talk about the production design or campy third act or give it a 10/10. I do want to speak to the power of the message that the re-telling of this notorious female villains re-contextualizes for viewers. In the film, we come to understand Maleficent as a human and gain some sympathy for the pain behind some of her motives, not unusual or a surprise in the heavily tread world of “the anti-hero”.  What is a surprise is the relationship between Aurora (Sleeping Beauty) and Maleficent that develop throughout the film. Misunderstood by the world we watch the contained story of a woman caring for and guiding the life of Aurora with well-meaning motives. Although ostensibly for self-gain, we come to learn the true nature of this relationship and that motherhood can exist outside of biology and even the typical definition of parenthood.

This witnessing of “Otherhood” in all its glory on the big screen was something special. The fact that it was Disney telling the story to a new generation of girls who will most certainly battle their own demons as they struggle with their own understanding of identity,  is absolutely magical.

Are you excited to see “Maleficent: Mistress Of Evil?” What do you think of the 2014 film “Maleficent?” Let us know in the comments section below or on our Twitter account.