​What We Learned From The 2019 Critics’ Choice Awards 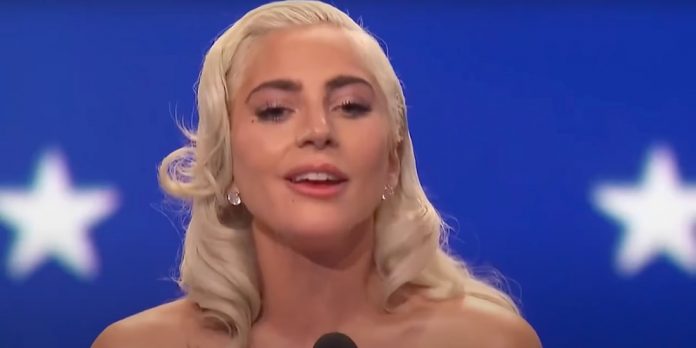 ​As I mentioned several times in my article analyzing their nominees, the Critics’ Choice Awards are seemingly most preoccupied with being reliable predictors of the Oscars, so they should be cautiously referenced when making your own Oscar predictions. However, they can be used as a semi-decent bellwether in terms of seeing where the various races are generally heading, and they are inevitably looked at by actual Oscar voters, even if they aren’t voted on by any of them. Last night’s awards brought us a decent mix of predictable winners and honest-to-God shockers. Let’s take a look at some of them and see what they mean for the state of the race!

Wow. If there was any big takeaway from last night’s awards, it’s that the performance categories are destined to be a change of pace from last year’s consistent sweeps in all four categories. Christian Bale surprised in Lead Actor for his portrayal of Dick Cheney in “Vice,” overtaking the front runners Rami Malek and Bradley Cooper. Cooper had an especially hard night, losing all four of his nominations. But back to Bale…he now has both the Golden Globe and Critics’ Choice. Is this the beginning of a steamroll heading for the Oscars stage?

Lead Actress offered no real help for predictors. Lady Gaga and Glenn Close tied, leaving critical favo(u)rite Olivia Colman behind. Gaga desperately needed this after her surprise loss at the Globes, which on paper seemed like it should have been the easiest place for her to win. Close is holding steady at the top of my prediction chart, but it’s clear that this isn’t going to be the clean sweep that many of her fans were hoping for.

Mahershala Ali picked up his second Best Supporting Actor trophy in the span of 3 years, making him yet another Globes and Critics’ Choice winner this season. However, I for one am still have trouble imagining him winning a second Oscar in as little time. If he picks up the SAG Award for his performance in “Green Book“, he will have to be seriously considered for the Academy Award.

Regina King also repeated her Globes success here…and that is the last major award we’ll see her win until potentially at the Indie Spirit Awards and maybe the Oscars. She was snubbed at the BAFTAs and, most surprisingly, SAG, so her Oscar precursor run is finished until February. Her likelihood for Oscar glory is a matter of perspective. If you put more stock in wins, her numerous regional critic wins plus these two major televised awards are the thing to point to. If you put more emphasis on hard-and-fast stats, her lack of nominations at SAG and BAFTAs (the only major awards to count actual Oscar voters among their members) is an impossible hurdle to overcome. Good luck with your predictions, because I seriously don’t know what to do with mine.

​”Roma” Is Beloved…By The Critics

Unsurprisingly, the BFCA went to bat for the year’s critical darling, “Roma“. Winning every major award it was expected to (Picture, Director, Foreign Language Film, Cinematography), it is in a fantastic position to sail into the Oscars with at least two wins confidently heading its way. However, we need to be careful. We have seen the Critics Choice and these early awards get behind a frontrunner before (“The Social Network” & “Boyhood” come to mind) before something else swooped in and took it all in the end. For now though, Alfonso Cuaron should start writing several speeches immediately.

“Spider-Man” Has A Chance

Another Globes repeat win came in the Animated Feature race. “Spider-Man: Into the Spider-Verse” is making a strong case for itself thus far this season. It’s a lock for an Oscar nomination, and if it can win at the BAFTAs I can say with some confidence that it will win the big award. Animated Feature is a hard Oscar race to predict, however, with the general Oscar population now able to vote here. Will they go for the critics’ favorite or default to a Pixar film again?

The Screenplay Races Aren’t As Locked As We Thought

Both screenplay categories gave us surprise winners, depending on who you ask. “First Reformed” took Best Original Screenplay and Best Adapted Screenplay went to “If Beale Street Could Talk,” knocking out presumed front-runners “The Favourite” and “BlacKkKlansman,” respectively. “First Reformed” definitely came as a surprise, as it marks the first time in the history of the Critics’ Choice that a screenplay category went to a film not nominated for Best Picture. This is definitely good news for writer Paul Schrader, whose chances seemed to be potentially floundering in the wake of some unsavory comments that he posted on Facebook and the lack of a WGA nomination despite being eligible. “If Beale Street Could Talk” was something of a surprise too, as many pundits seem to agree that Best Adapted Screenplay is both the best chance for “BlacKkKlansman” and an easy way to finally give Spike Lee an Oscar. The most helpful writing precursor, the Writers Guild Awards, won’t offer much guidance in Original Screenplay as “The Favourite” was deemed ineligible for a nomination, but look to their Adapted category for some clarification on that race.

​”Black Panther” is Coming for Those Tech Wins

The Marvel juggernaut seemed to falter early in the evening, losing Best Action Movie to “Mission: Impossible – Fallout“, but it quickly regained its footing in the tech categories. It scooped up wins in Production Design, Costume Design, and Visual Effects. Those pundits who began predicting this to be a hit with the Oscars nearly a year ago should feel confident that their premonition will prove true, though it still faces stiff competition from “The Favourite” for the first two categories and Marvel’s other film “Avengers: Infinity War” for the later.

“Shallow” is A Lock

If there’s an Oscar category to put early money on, it has to be Best Song. “Shallow” from “A Star is Born” won here and at the Golden Globes, and its Grammy nominations in the top categories of Record of the Year and Song of the Year prove that this is absolutely the defining film song of 2018. It’s also an easy place to give an Oscar to Lady Gaga and the film as a whole. I hate to use the word “lock”, but this is the one place I feel confident using that term. Place your bets now!

Is Justin Hurwitz Getting Oscar #3?
​
The “First Man” composer was also a winner who carried over from the Golden Globes, and most noticeably this is the only major award show where he faced off against his strongest competition – Nicholas Britell’s beautiful score for “If Beale Street Could Talk.” It looks to be a rematch of the 2016 race for the two composers, and as of now, Hurwitz seems to have the advantage to repeat his win after winning the Globe and now this. However, he is questionably not nominated for the BAFTA award. Could there be a last minute surge for Britell or someone else?

So what do you think? Are you using these winners to aid in your final Oscar predictions, or are you ignoring them and waiting for the awards shows that actually share Oscar voters? Let us know in the comments below or on our Twitter account.