What We Learned From The 2018 Toronto International Film Festival 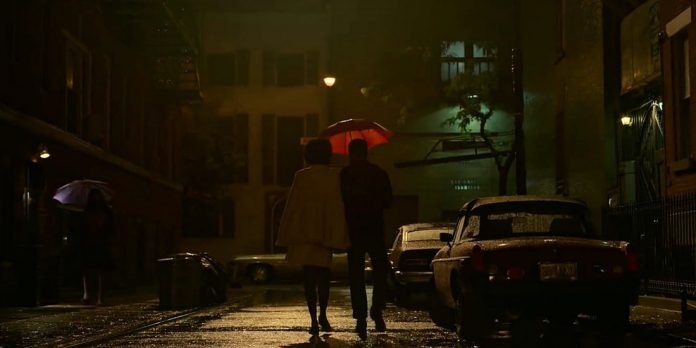 ​We’ve officially come to the end of the Toronto International Film Festival, which means we’ve seen the premieres of almost every major Oscar contender for the year. While Venice and Telluride had plenty of high profile premieres, like “Roma,” “A Star Is Born,” and “First Man,” Toronto saw plenty of debuts itself. These debuts have greatly shaken up the Oscar race. Let’s break down what we learned from the films that premiered at TIFF.

First, a note…There were concerns over the changes to the voting system for Toronto’s People’s Choice Award. This award is seen as a great indicator for the upcoming Oscar contenders. Since 2008, all but one winner of this award was nominated for Best Picture, and three have won. This year, however, Toronto publicly posted a link to vote on the award. Anyone, regardless of whether they attended the festival, could enter their email and submit a vote. And they could vote as many times as they wanted. This seemed concerning.

Toronto responded to these concerns on Twitter stating: “Once we receive an online vote, we take many steps to ensure the submissions are legit – including checking the origins of the votes and if they are coming from ticket holders. Don’t worry, we got this.”

This makes sense, even if it seems like there would be less confusing methods to tally these votes.

We might as well start with the film that ended up winning the People’s Choice Award. “Green Book” comes from director Peter Farrelly. Along with his brother Bobby, Farrelly is well known for his comedies like “There’s Something About Mary,” “Dumb and Dumber,” and “Shallow Hal.” Needless to say, with “Green Book” as his only dramatic film to date, there was some skepticism prior to the film’s premiere. Those apprehensions disappeared quickly, however. The film was met with rapturous praise. It’s clearly a crowd-pleaser, drawing praise for Viggo Mortensen and Mahershala Ali’s performances and the film as a whole. It easily won over audiences in Toronto. To me, “Green Book” is the perfect sort of winner of this People’s Choice Award. It’s a film that isn’t an obvious, immediate contender like “Roma” or “A Star Is Born.” “Green Book” needed the boost from this award more than those other films. By winning this award, it proved the film can win audiences over. It needed to prove itself a real contender, and it did just that. Now the question is how far will it go in this year’s Oscar race or will it go the same way as “Hidden Figures” did two years ago with three nominations for Best Picture, acting, and screenplay, with no wins?

“If Beale Street Could Talk”

Barry Jenkins is one of the multiple directors this year bringing us their latest film after winning major Oscars. His “Moonlight” follow-up, an adaptation of James Baldwin’s novel, landed to wonderful reviews out of TIFF. Many praised the artistry and beautiful craftsmanship on display. It was a bit of a surprise when it was named one of the runners-up for the People’s Choice Award (along with “Roma”). While its reception was highly positive, it still doesn’t feel like a true lock for a Best Picture nomination. A lot of the praise was directed at the technical aspects of the film- cinematography, score, production design and more. “If Beale Street Could Talk” will certainly benefit from more buzz coming from other upcoming festivals, and should do well in the critics’ awards. We’ll have to wait and see if it’s able to ride its momentum to another win for Barry Jenkins and his team again. Highest probability based on the initial reactions, we currently feel are for the score by Nicholas Britell and (recent Emmy winner) Regina King in Best Supporting Actress.

It’s been a big question mark in the Oscar race thus far, but we finally got our eyes on Steve McQueen’s “Widows.” It received raves across the board for the performances from the cast and looks like it’s in the hunt for a few nominations. Daniel Kaluuya, Viola Davis, and Elizabeth Debicki will be in the conversation all season, and the film could be a surefire SAG Ensemble contender. As far as Best Picture? Like “If Beale Street Could Talk,” “Widows” feels like it’s on the bubble. It’s a bit too much of a genre film to be considered an easy nominee. If it’s a hit with audiences, which feels probable, this could find its way in along with a few technical nominations. Many enjoy the craft of Steve McQueen’s films and this film could follow suit.

Sight unseen, many pegged Timothée Chalamet as our Best Supporting Actor winner. Unfortunately “Beautiful Boy” was met with only mildly positive reviews. While Chalamet and Steve Carell were lauded for their performances as father and drug-addicted son, the film didn’t land with as much of an emotional impact as it should have. Chalamet should easily find himself nominated for the second year in a row, though a win is far from guaranteed. Carell could make the cut for Best Actor, depending on how much more crowded it gets later in the season. Don’t look for “Beautiful Boy” in the race outside of those categories though. “Vice” could prove to be an even bigger contender for Carell (where he plays Donald Rumsfeld), overshadowing this performance as a whole, but we won’t have our eyes on that one for a while now.

One of the surprises from the festival was “Ben Is Back,” Peter Hedges’ film about a troubled son (starring his own son Lucas Hedges) who returns home. While this is a smaller film in the race, not necessarily receiving true raves as a whole, Julia Roberts was highly praised for her effective performance as Ben’s mother. We’ve got a competitive race in Best Actress this year, but Roberts could become a contender depending on how the rest of the season shakes out. It’s been a few years since she’s been a true contender in the race, but she’s always been beloved both by audiences and Academy members. Lucas Hedges, on the other hand, has “Boy Erased” in the race this year, which will most likely overshadow his performance here. Unfortunately for him, neither film proved him to be an undeniable contender. He’s still in the race but could miss a nomination, especially if vote splitting occurs. For Hedges, “Boy Erased” is still the better role for him to get recognized with a nomination based on the initial reviews.

Sebastían Lelio’s “Gloria Bell,” a remake of his own Chilean film “Gloria,” was met with highly positive reviews. Julianne Moore is said to give a poignant performance and has great chemistry with John Turturro. Despite this praise, the film was somewhat buried in the wave of films at the festival. Moore could find herself a contender, especially with A24 behind it, but the film may not even get a qualifying release in 2018. It’s scheduled for 2019 as of now.

“The Hate U Give”

While it’s already poised to be a breakout teen hit, “The Hate U Give” received even greater praise than expected at TIFF. This is the sort of film that could break into Best Picture should it become a box office hit. It’s extremely timely, tackling the Black Lives Matter movement from the perspective of a teen whose friend is killed by police. Russell Hornsby was singled out for playing one of the defining “great dads” in recent memory. It’ll remain on the outside of all those categories until it comes out on October 5th, but this could be a contender much like “Hidden Figures” or “The Blind Side” should it strike big with general audiences.

Another A24 film, Jonah Hill’s “Mid 90s” is a coming of age movie that dives into Los Angeles skate culture. It was pretty well received overall, though it’s not without its detractors. The film is honest and tells its story naturally though some found it inferior to another skateboarding film from earlier this year, “Skate Kitchen.” It likely won’t find itself nominated at the Oscars. If there’s anything that could get awards contention, Jonah Hill could show up in the original screenplay category but with such a stacked category, it’s looking unlikely.

Not every film landed to positive reception at TIFF. While Netflix was busy receiving Best Picture talk for Alfonso Cúaron’s “Roma,” they dropped David Mackenzie’s “Outlaw King.” After the huge surprise contender Mackenzie gave us with “Hell Or High Water,” this film fell fairly flat in Toronto. It wasn’t truly panned but received mixed-to-negative reviews. Don’t expect to see this on the awards circuit this year. Speaking of truly panned, Dan Fogelman’s drama “Life Itself” likely took the honor of the worst reviews of the festival. It’s currently sitting at a 16% on Rotten Tomatoes as we approach the film’s opening weekend. So much for that “major motion picture event” the marketing has been utilizing.

“Roma,” “A Star Is Born,” “The Favourite,” “Can You Ever Forgive Me?” and more continued their successful festival runs. “First Man” also received high praise, especially on a technical level, but some also found the film a bit cold. What does all of this mean? Despite what anyone says, there is no true front-runner at this point and time for the Oscar race. The general consensus over what will be the next Best Picture winner is divided at the moment although it’s pretty apparent “Roma” is the critic’s darling of the year with “A Star Is Born” possibly looking to crash the party depending on how big of a phenomenon it is at the box office.

What Toronto premieres do you think will continue to make waves in the race? Let us know your thoughts in the comments section below and be sure to check our up-to-date Oscar Predictions here on Next Best Picture as we continue to follow the 2018 awards season.