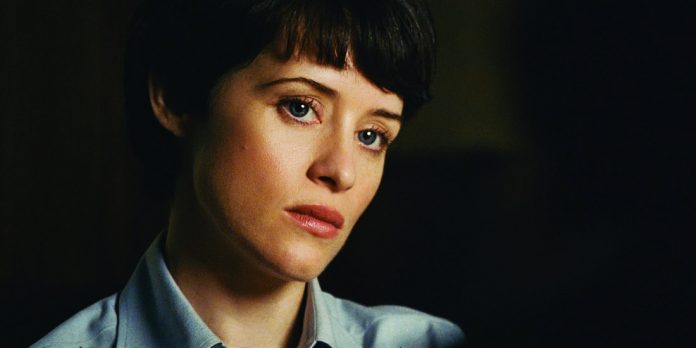 Most Oscar pundits and people who write about awards races have had a common thread when discussing the Best Supporting Actress race of 2018: Amy Adams. Period, the end, moving on. Little did we know just how competitive would become. The three festivals so far (Venice, Telluride, and Toronto) have ushered in serious Best Supporting Actress players. Ironically, we’ve seen almost all of the contenders except the one everyone has and probably will continue to talk about: Amy Adams.

​There has been a good reason for going with Adams in “Vice” as the default frontrunner. She’s the most overdue actor in Hollywood of the modern era. She’s a heck of a prolific thespian for being in the business for such a short amount of time. She’s had five Oscar nominations, six BAFTA nominations, and seven Golden Globe nominations (two of which she won). She’s worked with a fair amount of high profile directors making movies today. In “Backseat,” she’s playing Lynne Cheney, wife of Vice President Dick Cheney, in a satirical comedy. (The genre allows for supporting players to usually blossom in their roles, like Christian Bale in McKay’s “The Big Short.”) Adams is coming off HBO’s “Sharp Objects” this summer with which she was accredited career-best reviews.

There is every reason to think Adams will still go on to become the frontrunner. But a few anonymous sources who have seen the film indicate her work may be strong enough to be nominated but not showy enough to win. Also, entering the conversation late almost never works out in someone’s favor. Perhaps she will be overlooked entirely for “Vice,” and instead, she’ll be rewarded by the Golden Globes and SAG for “Sharp Objects.” To draw a comparison to the most recent overdue Hollywood actor, perhaps “Vice” is to Adams what “The Wolf of Wall Street” was to Leonardo DiCaprio, and next year’s “The Woman in the Window” will be Adams’ version of “The Revenant.”

As I wrote in my analysis of the Best Actress race recently, the category placement of the actresses in “The Favourite” is still wildly undecided. Based on reports, Olivia Colman’s work is the standout performance, while Emma Stone and Rachel Weisz are equally terrific behind her. The assumption has been Colman will campaign in Best Actress, while Weisz and Stone compete in Best Supporting Actress. It’s my prediction that “The Favourite” will hit the awards season in a similar way as “Three Billboards Outside Ebbing, Missouri” and “The Shape Of Water,” both of which were also Fox Searchlight darlings, and receive nominations for the entire cast. Weisz and Stone already have better reviews than Woody Harrelson, Richard Jenkins, and Octavia Spencer did last year. It’s just a matter of which of three actresses will be entered in which races. As for now, I would assume either Stone or Colman will go lead, and then the other will join Weisz in supporting. If Colman is nominated for Best Supporting Actress and Adams falls through, she will become the immediate frontrunner and collect all the precursors and the Oscars.

Coming off of Venice, Telluride, and Toronto, the three rising candidates for Best Supporting Actress are Regina King in “If Beale Street Could Talk,” Claire Foy in “First Man,” and Nicole Kidman in “Boy, Erased.” Of the three of these women, my guess is King has the strongest case to be considered safe for a nomination. Her reviews for “If Beale Street Could Talk” have been stellar, citing that she’s the most unwavering aspect of the film. The reviews for the film itself position it well to rank in the list of Best Picture nominees, which strengthen her case for an acting nomination. Barry Jenkins proved his eye for directing actors win his Best Picture-winning “Moonlight,” earning Naomie Harris a Best Supporting Actress nomination and Mahershala Ali a Best Supporting Actor win. Match that with King’s, a two-time Emmy winner, reputation in the entertainment community, she’s as good as gold.

Foy’s film “First Man” revved audiences in Venice and Telluride, and the impact the film initially had erected buzz for her. This was perhaps the most surprising thing about the past month, considering how unsensational her work appeared in the trailers. It’s odd because she has heavy buzz despite most reviews circling around the following categorization: “She’s very good and makes the most of the traditional wife role.” My view is that her work is being met with passive-aggressive praise, but I’m the only one who seems to be picking up on this consistent description of her work and, subsequently, doubting her. Most people have her ranked well at the top of this category. She has goodwill from “The Crown” and will certainly be in the spotlight for “The Girl In The Spider’s Web.” (The latter point could backfire, seeing that film has the potential to be a truly awful follow-up to David Fincher’s Oscar-winning “The Girl With the Dragon Tattoo.”)

Kidman is probably the shakiest of these three, though she’s maintained a steady presence in pundits’ discussion of the race. She’s said to be terrific and inject a lot of humanity into “Boy, Erased.” She’s acknowledged as the best part of the film and most compare this performance to that of her work in “Lion,” as the warm maternal figure in the protagonist’s life for which she was nominated by the Oscars, Golden Globes, SAG, and BAFTA. Kidman as two problems, which intersect. There are a lot of women competing in this category, and Kidman is competing in Best Actress for “Destroyer.” Best case scenario for Kidman: she receives double nominations, something that’s extremely difficult to do. Worst case for her: she is snubbed in both categories because the Academy splits votes for Kidman between the two categories and neither proves to be enough to fend off the steep competition. Some believe due to “Destroyer’s” divisive nature, voters could take a safer path and reward Kidman for the easier film in “Boy, Erased.” With Kidman and Oscar chances for her films, nothing ever seems simple.

A long shot contender extracted from Toronto was Natalie Portman in “Vox Lux.” Originally envisioned as a performance that would contend in Best Actress, Neon acquired the film and is rumored to push her in this category due to the fact that she doesn’t appear in the film until 50-to-60 minutes into the film. Once she enters the film, she is said to never let go of it, which indicates a large amount of screentime for a supporting performance. In addition, it’s been reported that Portman gives a killer performance that’s loud and showy in ways Academy members crave. The film itself has been said to be this year’s “mother!” and will be a difficult sell to Academy voters. “Vox Lux,” and by extension Portman, will either be a full hit or a full miss for viewers.

When the trailer was released earlier this summer, people lunged to put “Mary Queen Of Scots” at the top of predictions for Best Actress for Saoirse Ronan and Best Supporting Actress for Margot Robbie. There was so much initial buzz at first that it looked like a huge contender. For its initial promise, it’s severely faded into the background by skipping the festival circuit and, by now, most have lost faith in the film due to Josie Rourke’s inexperience and the later-reflected tepidness of the trailer. Robbie stood out as the MVP of the trailer with several baity moments, over the film’s star and “it girl” of last awards season, Ronan. For a while, many thought they were both on solid grounds for nominations, but they’ve become so irrelevant, Ronan escaped my mind when writing the Best Actress update recently. Robbie has slowly lowered in priority in Best Supporting Actress. The film could still surprise and release to positive reviews, but the stars have a lot of catching ups to do.

The other two actresses that stand a distant chance at breaking into this category are Marina de Tavira from “Roma” and Elizabeth Debicki for “Widows.” Netflix’s notable bid for Best Picture, “Roma,” has won over critics and it will likely be a force this fall during award season. If it enlarges so much as to move the acting branch, de Tavira could be swept into the conversation by association. She also has respectable reviews from critics. “Widows” is not extremely likely to be an Oscar contender, but if it does transcend the lines between audience and Oscar, Debicki’s standout supporting portrayal will be a likely place where the film could be recognized by the Academy.

If I were a betting man today, this is who I would predict. Now, it’s variable due to the fact that we don’t know for sure the category placements of “The Favourite.” If Adams doesn’t pan out the way everyone is expecting, then I predict Fox Searchlight will be more calculating and place Colman in this category and try to win using their best asset. I struggled between Foy and Kidman for the former’s spot, but double nominations are not a usual occurrence, and “Destroyer” may be the stronger performance for a star such as Kidman on which to ride into the ceremony.

Do you agree with my predictions? What are your predictions? Let us know in the comments section below.
​
You can follow Ryan and hear more of his thoughts on the Oscars and Film on Twitter at @RyanCShowers