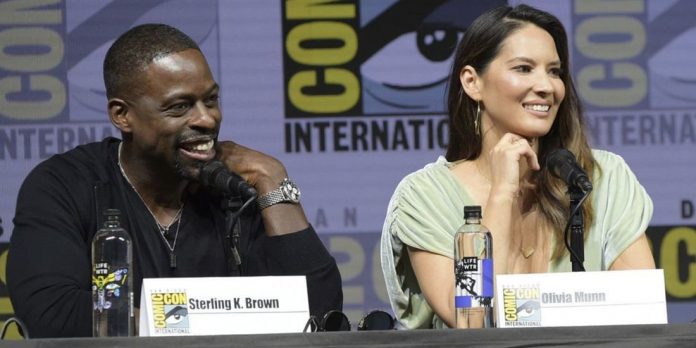 ​There’s no place like San Diego at the end of July. The weather is (Normally) perfect, the avocados are ripe, and groups of women dressed as Disney Princess Slave Leia’s walk into downtown 7/11’s like it’s no big deal. Of course, it is a big deal – it’s San Diego’s International Comic-Con and we’re right in the middle of it. Annually, over 100,000 people visit the convention every day and since its humble origins in 1970, it has grown to encapsulate every crevice pop culture has to offer.

It will almost always be a sensory overload whether it’s your first or fifth time attending, and that is just the way I like it. This is my eighth year, and I never get tired of it. However, it can definitely take a toll on you. In general, the idea of “taking it easy” usually means laying low, binging a new Netflix original and eating a sleeve of Oreos. At Comic-Con, however, “taking it easy” has quite a different definition.

On Thursday, I was up bright and early, shuffling the thousands of fans who had camped out for Hall H out of the tents and into the 6,000 capacity panel room. The line-up for the day in the biggest hall at the con included BBC’s “Doctor Who,” AMC’s “Better Call Saul” and the highlight of the night, 20th Century Fox’s “Predator” which releases in theatres September 14th. The “Predator” panel featured the cast including Sterling K. Brown, whose critical appeal is only continuing to build, along with “Predator” Director, Shane Black. For the sleep-deprived fans who laid on sleeping bags and sheets waiting for this moment all night, this was their “taking it easy” – getting to sit in an air-conditioned, buzzing room, finally able to put down all their belongings and take in what we all come to this convention to see: our favorite cultural icons all in one place, ready to share the space with their biggest supporters.

While Hall H can seem overwhelming and hard to squeeze into, there’s a bustling community of fandoms all over downtown San Diego that’s definitely on my list to see before the week’s end. At the top of the list? Purge City – a juxtaposition of the popular party supplies store Party City and the upcoming USA Network television series “The Purge” based, of course, on the cult-favorite “Purge” films. Being an avid “Purge” film fan myself, I’m anxiously waiting to experience this interactive exhibit, which includes free macabre swag and is getting you ready for its September 4th premiere. Produced by Michael Bay and created by James DeMonaco, this limited run show will feature similar elements to the film franchise, as evidenced by the trailer released recently with masked vigilantes and civilians attempting to survive – or exploit – the night.

In general, taking it easy at Comic-Con means you’re going to hurry up and wait. For a very, very long time. The aforementioned Purge City line is a two to three-hour wait, and it’s not even inside the convention center. However, you might just be lucky enough to catch a glimpse of your favorite celebrity while you’re in line; sightings of John Cena, Jamie Lee Curtis, and Joe Manganiello have frequented my twitter feed and it’s only Day One.

On Friday, I’ll be catching up with the cast and crew of Paramount Pictures’ “Bumblebee” starring Hailee Steinfeld during their Hall H presentation. I suspect there’ll be laser beams. For now, I’m “taking it easy” – aka waiting for my turn to nab a green-screen photo with a Megalodon shark at the Warner Brothers’ booth in preparation for the August 10th release of “The Meg.” There really is no place like San Diego in July. Take it easy! ​